Tights! Camera! Action! TIFF May Be The Last Stronghold for Grown-Up Movies 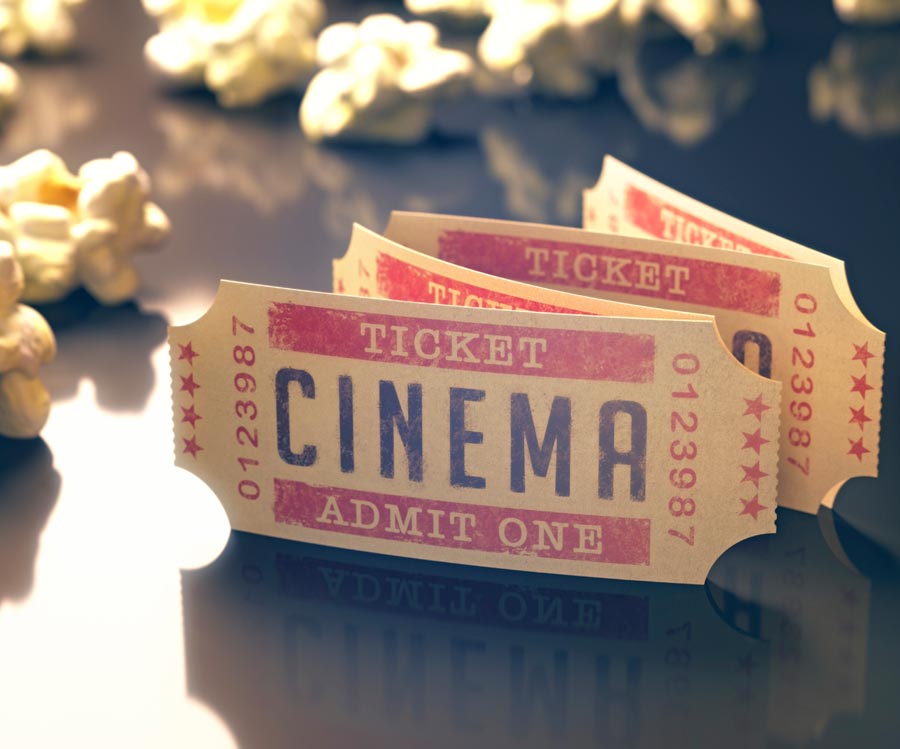 If the writers of Casablanca — Howard Koch and Julius and Philip Epstein — wrote the film for a Hollywood studio today, they’d be left with three choices for how to end the movie.

The plane is waiting: Rick (A) tells Ilsa to get on the plane with Victor Laszlo or she’ll regret it for the rest of her life, (B) convinces Ilsa to stay with him, or (C) vaporizes the Gestapo with his heat vision.

I’m kidding, of course. There is only one allowable ending for Casablanca in the era of superhero movies — and that would be option C.

This week, the Toronto International Film Festival (TIFF) gets underway with its record of never showcasing superhero movies still intact. The same can’t be said of, say, Cannes, which last year feted Black Panther with an outdoor screening on the beach, and in the past has hosted X-Men: The Last Stand, the worst of the original X-Men trilogy.

All around TIFF, hold-outs against the superhero hegemony are falling like the beloved characters in Avengers: Infinity War. For the first time in its history, the Academy Awards will hand out a Best Popular Movie Oscar in the hopes that some of the millions of people who paid to see Black Panther will tune in to watch it win something.

The backlash against the new award only gets louder when certain Hollywood names dare suggest the superhero genre is not on a par with movies involving real people and real relationships.

Actor Ethan Hawke saw his interview with movie website, The Film Stage, go viral in late August when he said that film festivals are the last bastion of creative filmmaking.

“Now we have the problem that they tell us Logan is a great movie,” he said of the Western-influenced superhero film that bade a fond farewell to Hugh Jackman’s Wolverine character.

“Well, it’s a great superhero movie,” he said. “It still involves people in tights with metal coming out of their hands. It’s not (Robert) Bresson. It’s not (Ingmar) Bergman. But they talk about it like it is. I went to see Logan cause’ everyone was like, ‘This is a great movie.’ And I was like, ‘Really? No, this is a fine superhero movie.’ There’s a difference, but big business doesn’t think there’s a difference. Big business wants you to think that this is a great film because they want to make money off of it.”

Some of the outrage was comical. The AV Club — the non-satirical entertainment section of The Onion — tweeted “Cool jock Ethan Hawke shoves superhero movies into a locker.” It was a pretty strained metaphor. By this logic, my mother-in-law (who’s always complaining she can’t find “a movie with people in it”), is a cool jock. But the inference, of course, is that after years of dictating the box office, comic book nerds are in danger of getting wedgies again.

Ex-Monty Python trouper Terry Gilliam lost his film cred with “genre” fans at Cannes earlier this year when he was asked a question about superhero movies and answered, “I hate superheroes. It’s bullshit. Come on, grow up!” Again, there was a maelstrom of indignation on social media.

A few years ago, Steven Spielberg got slammed for telling the Associated Press, “We were around when the Western died, and there will be a time when the superhero movie goes the way of the Western.”

He continued, “It doesn’t mean there won’t be another occasion where the Western comes back, and the superhero movie someday returns. Of course, right now the superhero movie is alive and thriving. I’m only saying that these cycles have a finite time in popular culture.”

There’s something to Spielberg’s analogy. But superhero and other tent-pole movies have a bigger hold on the big-screen than any other genre in film history — and a big part of that reason is corporate. Big blockbusters need big audiences to make big profits for the multinational corporations that own the studios. There are a handful of films every summer that are considered failures if they don’t crack a billion dollars at the international box office — and billions of dollars are invested in keeping people aware of the next big thing.

In my younger movie-going days, I’d have laughed if you’d told me that in the future the release of a movie trailer would be huge news. But then, there wasn’t any such thing as a superhero movie until Christopher Reeve in Superman, and it would still be a decade after that before the first big box office Batman movie. (And Marvel? That would wait until the next century.)

As for TIFF, it’s stuck between popular and a hard place. It’s experimented with action-packed opening nights (the Bruce Willis movie Looper), sequels and reboots (both The Predator and Halloween this year). And it lives by its status as a major Oscar predictor.

But mostly, it does what it’s always done — provide a dating service for independent filmmakers who can’t find buyers for their films and the discerning film fans who love them.

During the opening week of TIFF 2018, you can pretend it’s 2017 and see movies from last year’s festival at a theatre near you (provided you live in a major Canadian city). Yes, it’s taken some of them an entire year to find their way into multiplexes. These include the reboot of Papillon, starring Charlie Hunnam and Rami Malek in the roles originated by Steve McQueen and Dustin Hoffman, respectively.

Last week also finally saw the release of the Canadian-made Cardinals, in which Sheila McCarthy gives one of her best performances. On the second day of the TIFF 2018 (Sept, 7), 2017’s Tulipani opens to general audiences. The Canadian-Dutch-Italian co-production went on after last year’s festival to win the Audience Award at Canada’s Italian Contemporary Film Festival.

And those are just the movies that actually did find their way into theatres. Much is being made of the fact that TIFF’s opening night gala this year is The Outlaw King (in which Chris Pine plays Scottish hero Robert the Bruce), which is produced by Netflix.

Got a story about human relationships you want to sell? It may find a place on a TV screen near you.