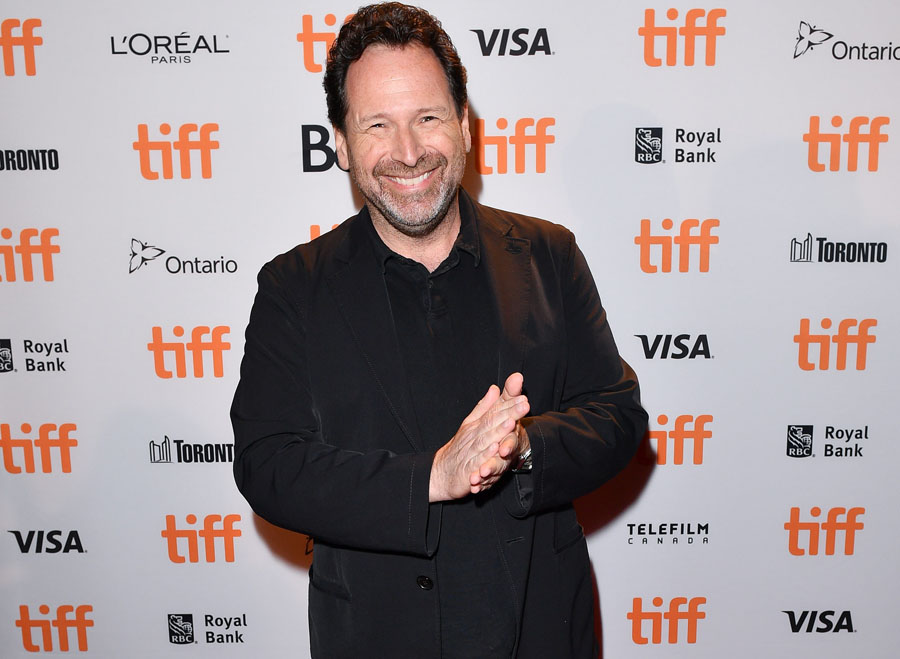 In the spring of 2017, Montreal-born filmmaker, writer and documentarian Barry Avrich turned on an episode of 60 Minutes in which Diane Sawyer interviewed the last surviving Nuremberg trial prosecutor, Ben Ferencz. Now 99, Ferencz, an American lawyer born in Hungary, not only served as an investigator accounting for Nazi crimes following the Second World War, but he personally served as the Nuremberg prosecutor who brought to justice members of the notorious Einsatzgruppen death squads before going on, years later, to help establish the first ever International Criminal Court. The next day, Avrich says, he directed his office to contact Ferencz.

“Not only am I a documentary filmmaker but … I love older people,” the 55-year-old director says. “I love the wisdom. I’ve always gravitated towards these people that have lessons to tell us.”

Within two months of viewing the interview on 60 Minutes, Avrich, whose previous documentary subjects include famed Vanity Fair journalist Dominick Dunne (Guilty Pleasure, 2004), legendary Hollywood studio executive Lew Wasserman (The Last Mogul, 2005) and disgraced film mogul Harvey Weinstein (Unauthorized: The Harvey Weinstein Project, 2010), sat in Ferencz’s home, interviewing him for his latest documentary, Prosecuting Evil: The Extraordinary World of Ben Ferencz — an astonishing film that delves not only into the 99-year-old’s storied work as a Nazi prosecutor and justice crusader but also paints a portrait of a man who remains endlessly committed to his law work even as he approaches his centenary in 2020.

Avrich recently spoke with Zoomer about the daunting task of capturing Ferencz’s life on film ahead of the documentary’s world premiere at the Toronto International Film Festival on Friday, Sept. 7.

MIKE CRISOLAGO: When I first heard about this documentary I was stunned that not only is Ben still alive but he’s still actively working on projects related to human rights law. As a filmmaker, this must have proved an incredible advantage to be able to go directly to Ben to tell his story.

BARRY AVRICH: Directly with no red tape and … let’s also remember, [he was] 98 [at the time of filming] and this is what everything at Zoomer is about – the misconceptions of age and living life to the fullest. This man, brilliantly vital, still articulate and essentially for the last sixty years of his life has been giving a master class in being a better human being. And so getting there and having the ability to sit down with him, which was eight hours of filming, the day flew by. It was mesmerizing. And how do you fit eight hours into 80 minutes? It was a complex editing process. But I couldn’t get enough of him.

And then, in order to stay fit [he’s] famous for doing his hundred push-ups a day and his hundred laps in the swimming pool. And at the end of shooting I said, “Gee, Ben, I would really like to shoot you swimming because I think it’s just such a message in staying fit and staying vital. Let’s come back tomorrow and I’ll film you swimming.” And he said, “No, let’s just do it now.” And I said, “Ben, it’s been eight hours of filming. Forget about whether or not you’re exhausted. I’m exhausted.” And he said, “No, let’s do it now,” got his bathing suit, and off we went to the pool for another hour and a half swimming, which is in the film. So he is beyond inspiring. He is not only mentally fit – he’s physically fit.

MC: You’ve worked as a filmmaker for many years and chronicled the lives of a variety of different people. So when you’re approaching this subject in a documentary manner, are there unique challenges given the weight of the subject matter and the scope of Ben’s life and career?

BA: Probably the best question I’ve ever been asked. Generally, when you look at a biographical documentary, there’s a linear aspect of someone’s life to follow and they’ve had accomplishments and they’ve had tragedies and you find the best way to map out the blueprint of your film. In Ben Ferencz’s case he has been a hero over and over again. And so it was very, very complex in sitting with the research team, because if I had just done his accomplishments of being the last prosecutor at Nuremberg and the complexity of bringing the Einsatzgruppen and defendants to trial, that’s one thing … but then you move on to Holocaust reparations. Then you move onto the international criminal court. Then you move on to Trump. Then you move onto what’s going on in terms of injustices … everywhere from the Middle East to the Congo. And it is very heavy. And, again, the complexity of it is the 80 minutes of getting it in, making sure that you’re emotional, that you’re not giving short trips to anything.

MC: What surprised you about Ben’s life and story while making this documentary?

BA: Well, another great question. What surprised me — and maybe it didn’t surprise me as I learned more about him — is that when he finished the Nuremberg trial the [German] government asked him to get involved in reparations and restoration of property. He agreed to stay on in Germany for another two years. And then he comes back to New York where he had a very profitable career as a lawyer in a high-profile firm. As [Alan Dershowitz] says, he was the first one to be practising human rights law before any anybody else, with his partners. And he could have had a country club life, he could have written his books, he could have been on CNN for the rest of his life but he would not give up on his idea of the founding of an international criminal court. Law over war – which is his mantra. And so many times there were so many obstacles, decades and decades passed before finally in the ‘90s and then 2000s [when] the International Criminal Court is established … Anybody else would have said, “You know what, time for a new generation to carry on my work and my vision,” but not him.

MC: Ben is also someone who literally walked into concentration camps and witnessed the horror before anyone in the wider world really understood what concentration camps were. And then he faced down some of the most notorious Nazi killers in court and brought them to justice. He was on the front lines of history so, now, decades later, why is his story still relevant?

BA: There are Holocausts that are happening every day in every part of the world. So that’s why I think the film is so significant. Yes, it happened and the longer that time passes and the longer that we distance ourselves from what happened in Eastern Europe at that time the more we think that it can’t happen again and we become immune. And the world was disinterested and immune at the time when that was happening. The US and the Brits were getting reports about what was happening [and] nobody really wanted to get involved at that point. When Ben walked into those camps and saw these malnourished people, these waking corpses in pyjamas, as he called them, and the smell and the scent of death, he breaks down [while discussing it] in the film and it’s one of the most vivid and emotional moments of the movie. We all had to stop filming and take a cerebral break because it was just so incredible. But, again, the film becomes so significant because these Holocausts are happening over and over again and I think … we have to remember the others that are going on in the world just as vividly and significantly.

MC: And unfortunately, when you look at the state of world affairs and diplomacy, often the agitators like Donald Trump, who you mentioned earlier, or Steve Bannon, get the spotlight while good, honest, peaceful people like Ben, who are working for justice, don’t receive as much publicity. What can we learn from Ben about fighting back against evils in the world today?

BA: Ben is not a self-promoter. He’s selfless. And I think what we learned from Ben is do the best you can in your own way to change the world. You don’t necessarily have to lead a parade and a march and a demonstration, but do what you can to keep having a conversation. Ben has kept the conversation going by writing thousands of articles, books, appearing tirelessly. If he sees a moment then he just goes for it and says, “You know what, if I can just change one person’s opinion, one at a time, that’s great work.” Do the best you can by keeping the conversation going and holding people like Trump and other lunatics like him at bay and saying, “No, we don’t want to live in a world like that.” Everybody else is discouraged, not Ben.

MC: And when it comes to Ben as a person, aside from everything he’s done in terms of human rights and justice in the world, he’s still so physically active and vibrant. What can we learn from his example about living and aging well?

BA: It’s a great question, especially coming from your organization. I’ve always said this that as you get older you have to continually read and embrace technology and be current. Ben has an iPhone, Ben has an iPad. Ben is aware of all of the headlines that are going on. He’s reading all the books. The worst thing that you can do getting older is to give up and not be aware of what’s going on … If you do that then you age very quickly. And I’ve seen it in people I know all around me who just basically say, “You know what, I’m giving up,” and then their lives end very quickly because they’re just not part of the current. And Ben has remained a swimmer in that current, no matter how strong it is. He has just been a man who continues to lead on his own terms, and it’s quite staggering.

The film opens on Nov. 30 in select theatres in Toronto, Montreal and Vancouver.