For One Rock Fan, A Passion For The Grateful Dead Turned Into a Full Time Job 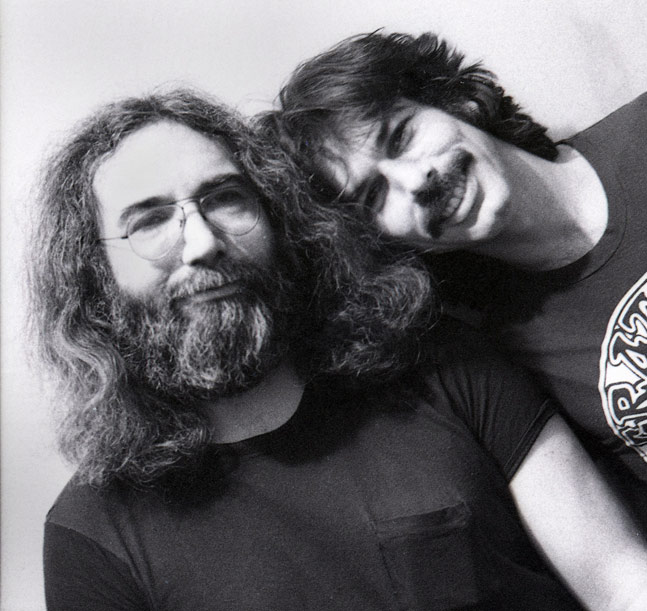 Considering the Grateful Dead disbanded in 1995 following the death of guitarist and singer Jerry Garcia, it may be somewhat surprising that the band continues to be one of the most significant and successful in the music industry.

Since licensing their vault of concert recordings to Rhino Records in 2007, the band has released more than 75 live albums, many of them including more than one show (Thirty Trips Around the Sun, for example, released in 2015 to mark the band’s 50th anniversary, includes 30 previously unreleased concerts — one from each year of the band’s active career — on 80 CDs. The box set, limited to 6,500 copies at $700 USD, sold out almost immediately.).

Every year sees four new releases in the Dave’s Picks series (CD releases of stand-alone concerts from the archive, via a quarterly subscription available on dead.net; subscriptions sell out quickly), vinyl releases for Record Store Day, occasional prestige releases (like the 2016 release of Cornell 5/8/77, which is part of the National Recording Registry at the Library of Congress) and a major box set each fall. This year’s box set is Pacific Northwest ’73-’74: The Complete Recordings, six unreleased shows from Seattle, Portland and Vancouver in a 19-disc box which is limited to 15,000 copies; there is also a digital release, a three-CD sampler and a vinyl release of the Portland ’74 show (all released Sept. 7, available now on dead.net).

All this activity centers around David Lemieux (yes, the Dave of the ‘Dave’s Picks’ series), who manages the Dead’s legacy from an unassuming house in Victoria’s Fairfield neighbourhood.

The spacious house, a couple of blocks from the ocean, is clean and spare. There’s tasteful art and family photographs on the walls, no memorabilia in sight — no posters, no mountains of tapes. Instead, vegetables from Lemieux’s garden are waiting in a colander, and the air smells of baking bread and fresh coffee — Lemieux roasts his own. Lemieux is lean and clean-cut: there’s no hint of dreadlocks or patchouli. He’s wearing a Grateful Dead t-shirt, but that only adds to the feeling you’re visiting your hippest university professor, rather than the world’s most influential Deadhead.

Things change once you go down to the basement. The walls are lined with gold records, presented to Lemieux, and the main room is set up as a listening area, with monitor speakers from the Dead’s studio aligned to a sweet spot on the couch. It’s here that Lemieux gives one of his listening passes to the final mix of each release: the other two listens are done with headphones, and in his car, to ensure the show delivers for every listening situation.

Lemieux has never been a casual listener.

Raised in Ottawa, Lemieux discovered the Grateful Dead in the early 1980s. He wasn’t a fan of leading acts like Michael Jackson and Duran Duran; “Great stuff, but it didn’t speak to me. I went the other way. I went into Led Zeppelin, Jimi Hendrix, Pink Floyd, Jefferson Airplane, but I’d never heard the Dead.”

That all changed, thanks to an older sibling. “As many of us did, I had an older brother, two years older. He came back from school … with Skeletons from the Closet [the Dead’s first greatest hits album, from 1974]…” Lemieux shakes his head as he recalls the tracks from that album, and the effect they had on him. “I had never heard anything like it … this band is so dynamic … Everything was totally different. I said, ‘this band speaks to me.'”

After purchasing most of the band’s official releases, he got into trading recordings of Dead shows via a friends older brother; “It’s always the older brother,” he laughs. (The Dead were very friendly to fans who wanted to record their shows, often setting up a Taper’s Section for their rigs. A vast network of fans traded tapes — and later CDRs — by mail.) Lemieux immersed himself in the music before he ever saw a concert.

His first Dead show was in Hartford, Connecticut, in 1987. “I was 16 years old,” he recalls. “My mom drove me.” Of the experience, he says, simply, “It was life-changing.” The next few years, he attended dozens of Dead shows. “I was just finishing high school and it started really suffering because I was constantly ditching for 10 days at a time to go to shows.” By the time he moved to Victoria in 1998, for an internship at the BC Archives while he worked on his thesis, he was “full, a hundred percent back into the Dead, listening 24/7, new appreciation after four years off, I came back with an extremely critical mind when it came to the Dead.”

For his thesis, Lemieux approached the Dead’s original archivist Dick Latvala “with his professional hat on,” inquiring about how the private archive handled film and video elements. Latvala offered him a tour of the vault, then located in “a very nondescript warehouse” in Novato, California. Lemieux didn’t tell Latvala he was visiting California for a series of shows by The Other Ones, one of the Dead spin-off projects: “They had no idea I was a Deadhead, at all.” That visit led to a series of contract jobs; Lemieux would take time off from the BC Archives to travel to California to work. “That’s when I used to be able to drive in a day. I’d get the 6 a.m. ferry and I’d be there at midnight. One day. Crazy.”

When Latvala died in 1999, Lemieux was offered the role of archivist. Lemieux didn’t hesitate. “I was in with the government. Job for life. Great job. Great people. And I had to call them and say ‘Guys, I’m not coming back.’” He flew home, packed up his Volkswagen bus, and moved to California. (He moved back to Victoria in the mid-2000s, and works remotely.)

His responsibilities increased, and in 2010 he was named Legacy Manager. “[Guitarist Bob]Weir and I came up with the title,” he says. In that role, he oversees licensing and merchandising (in the basement storage room there is a mountain of samples and prototypes submitted for licensing approval, everything from snowboards and guitars to dog leashes and marijuana grinders — the Dead haven’t licensed any marijuana products, yet) as well as selecting and overseeing the shows for future release. The Pacific Northwest project had been simmering a long time, with Lemieux considering a release of either the ’73 or ’74 shows as a smaller box. “And then I really started thinking, for the first time, of a concept, where we would do the six shows.” He went back to the tapes. “I was surprised at times: holy cow, that’s really good. There were these six great shows, shows that really complemented each other.”

It’s not just about the music, though. The Dead’s box sets are design masterpieces; the Complete Europe ’72 set, for example, which collected all 22 shows from that tour on 73 CDs in a replica steamer trunk. Even by those standards, the Pacific Northwest box is a thing of beauty. Designed by celebrated First Nations artist Roy Henry Vickers, whose Tofino gallery is a top BC cultural destination, the CDs are packaged in a replica of a traditional bentwood box, adorned with Dead iconography transmuted with Vickers’ signature style, merging the traditional with the contemporary. “I always knew if we ever did a Pacific Northwest project, we would get Roy involved. I just felt very strongly he would be able to represent this region with beautiful, classy art.” A longtime Dead fan, Vickers leapt at the opportunity. “Roy smiled. Roy’s got a wonderful smile, he’s so warm, but this smile … He said, ‘Kay. Consider it done.’”

“I get excited about all of our releases,” Lemieux says, “but this one is one I cannot wait to open. It’s a really good one. It’s so vibrant, and coming from the Pacific Northwest, it’s so meaningful to me. And the music …”

Lemieux feels so passionately about his work he actually buys a copy of every release. He spends most of his days listening to music, and he’s currently at work on the 2019 box set, with ideas in mind for releases for years to come. He’s living his dream. “By my teenage years, when I was on Dead tour, all I wanted to do was follow the Dead,” he says. “This is my first real job.”