Courtney B. Vance On His Mid-50s Career Surge and New Film 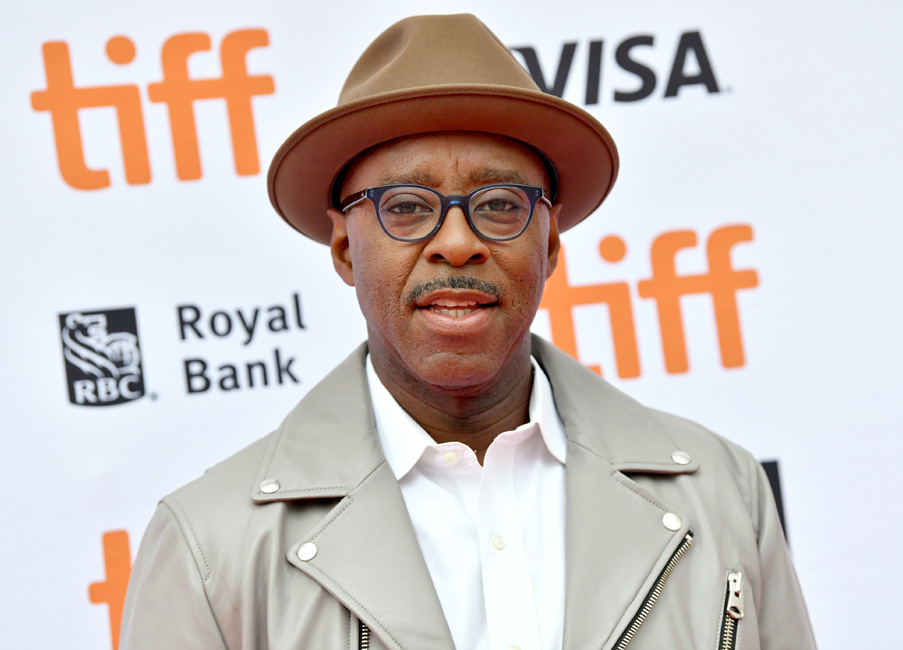 An “overnight sensation after 30 years” — it’s how Courtney B. Vance described himself in a 2017 interview with Vanity Fair. Still, it feels a little strange to ask him about it as we sit in a hotel room in downtown Toronto, hours away from the world premiere of his latest film, Ben is Back, at the 2018 Toronto International Film Festival.

After all, in the 1980s, fresh from Yale’s School of Drama, Vance landed right on Broadway in two Best Featured Actor Tony-nominated roles, in Fences and Six Degrees of Separation. He went on to appear in major feature films like The Hunt for Red October, Hamburger Hill, Dangerous Minds and Space Cowboys and starred on five seasons of Law & Order: Criminal Intent — all credits that look great on a CV but didn’t do much to jump start his pop culture name recognition.

All that changed with The People v. O. J. Simpson: American Crime Story, the 2016 anthology series in which Vance starred as Simpson’s defense lawyer Johnny Cochrane — a role that earned him a Primetime Emmy Award and, finally, a place on the list of Hollywood household names.

“I was introduced very amazingly and I’ve consistently been just doing steady work and the world all of a sudden goes, ‘Oh, Courtney B. Vance,’” the 58-year-old explains of his late-career popularity surge. “It didn’t happen like that back at that time. Folks weren’t writing for young, black men. Folks today, if you break out in something — Michael B. Jordan or something — all of a sudden people are writing for him. That wasn’t our reality. Same with my wife [Angela Bassett] — they weren’t writing for young, black women. So this is a whole new world where she’s Queen Mother [in Black Panther] and all of a sudden they’re writing for her now. So it’s a beautiful, wonderful, different kind of world and I embrace that.”

In fact, he embraces it so much that it comes through in his tone and posture — happy, relaxed, extremely confident and so soft-spoken I nearly have to lean over the table to catch each word as we discuss everything from politics to him explaining the concept of a vinyl record to his young kids. But we’re also here to talk Ben is Back, a jarringly different sort of Christmas film about a teenage boy named Ben who leaves a drug rehab facility to return to his divided family for the holidays. The film is heavy on drama — all crammed in to one Christmas Eve — and meditations on the ongoing opioid crisis in America. “This will be one of those small little films that could and it’s very important now. There’s so many communities that are dealing with these issues so it’s a very timely, important piece that I think people will really respond to.”

Not to mention that it offered Vance an opportunity to work opposite one of his most admired peers — Julia Roberts — as onscreen husband and wife.

“Mystic Pizza — I remember where I was when I saw that film and she just means a lot to me,” he says, looking up at the ceiling as if reminiscing about the first time he laid eyes on Roberts’ trademark smile. He notes that Erin Brockovich remains one of his favourite films and recalls to her “spunkiness” and “love of family” as points of adoration. “I’m passionate about family as well and in this crazy entertainment environment it’s so refreshing someone put their family first and ride through the storms of life with your family because that’s what it’s really about. And to see her take that stand made me just love her even more.”

He also laughs at the enjoyment he gets out of watching Roberts and his wife, Bassett, who he notes “adore each other,” chat over FaceTime. “I want to see that movie. Oh boy, the two of them would be just oof.”

For now though, the 30-year overnight sensation is all about embracing his success and looking toward a future where young actors of colour don’t have to wait decades for recognition.

“I don’t negate the world I grew up in and I just hope that, 20 years from now, that the folks of colour are at a place where we’re in control of greenlighting this and greenlighting that, because all these stories need to be told,” he says as we wrap up our time together. “Folks of colour have gotten used to being able to see stories that don’t have us in it and still putting ourselves in it in our minds, going, ‘Wow, that’s wonderful. I want that.’ That’s what we’ve grown up doing. But now, we can actually see ourselves and not have to make that leap in our minds. And it’s a beautiful day.”

Click here to see Ben is Back showtimes at TIFF 2018.