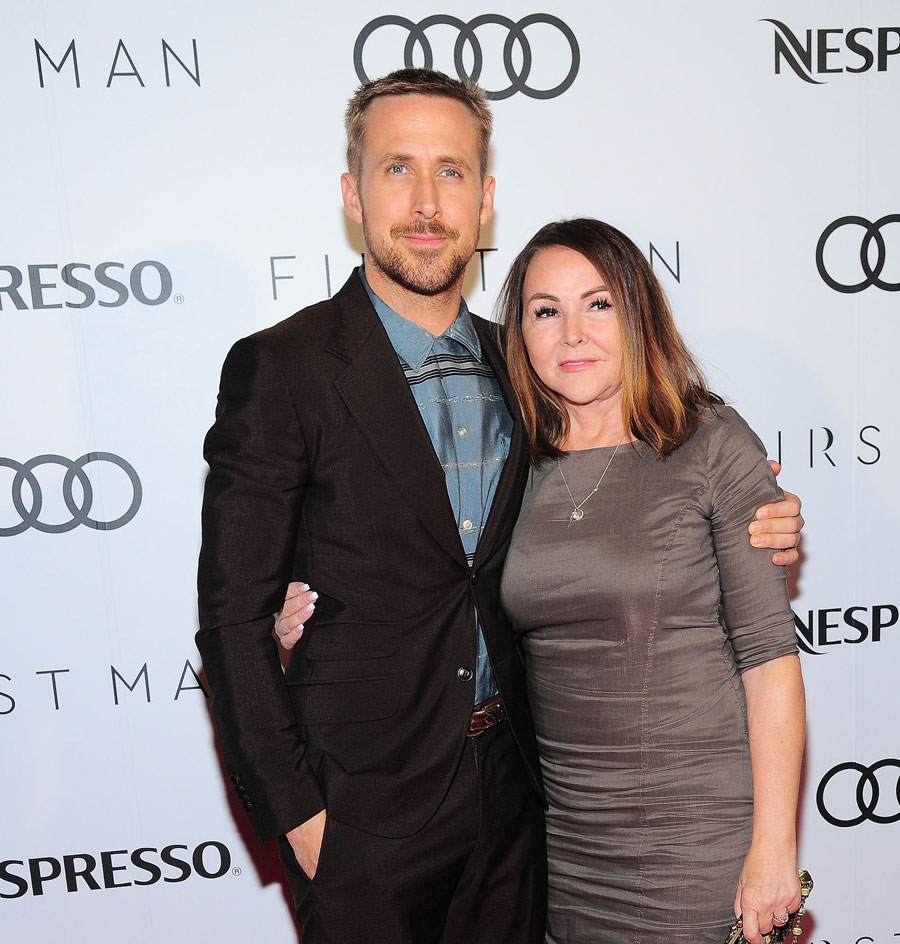 Canada’s most famous red carpet once again unfurls as some of Hollywood’s brightest stars arrive for the 43rd edition of the Toronto International Film Festival.

The city kicked into high gear last Thursday night for the opening night of TIFF and, for the next week, Toronto will truly be “Hollywood North,” hosting a slew of glitzy movie premiers and late night after-parties with a veritable army of film fans whizzing across the city to various movie theatres.

For those at home, they can get their celebrity fix with the action on the red carpet — ground zero to catch the ingenues, the A-listers and the legends.

Check back here daily for a look at what the most stylish stars wore for one of the biggest film festivals in the world.

This classic beauty radiates in every costume drama she headlines and her latest, Colette, arrives at the right moment in this era, where discussions of equality in Hollywood are in the forefront. Seen here at the movie’s premier at the Princess of Wales Theatre, it’s period flick generating much buzz at TIFF, where she plays Sidonie Gabrielle Colette. Before gaining fame as one of France’s legendary authors, Colette’s first husband took credit — and the royalties — for her earlier works, the series of Claudine novels.

If you’ve been thinking you haven’t seen this award winning actress for awhile, it was reported earlier this year she took a hiatus from acting for the past three years to take care of her ailing dad who underwent a lung transplant. The actress, seen here, is back at work and working the red carpet for her movie, What They Had.

Canada has gained a reputation around the globe for producing some outstanding outerwear labels. So when the weather takes a rainy and chilly dip — as it did during TIFF — the visiting celebs don’t have far to reach for some stylish coverups. The utterly cool Gyllenhaal creates a stunning fashion portrait in a navy velvet jacket from Montreal brand, Soia & Kyo, which she nonchalantly throws over her shocking-pink gown at a cocktail party she hosted for Mongrel Media and The Indie Film Project Screenwriters in Residence program.

The famous Cree and Métis actress with a prolific acting career (the Academy Award winning Dancing With Wolves, being one of her most high profile works) finally has a leading role at age 68 in the feature film, Falls Around Her. Seen here at the Birks Diamond Tribute to the Year’s Women in Film event, she was one of six women singled out for their contributions to Canadian cinema.

The cold winds and sheets of rain on Monday night couldn’t curdle this creamy look sported by one of Hollywood’s resolute fashionistas at the premiere of her movie, Destroyer, at the Winter Garden Theatre. It was a meeting of two of Canada’s favourite sons. Fresh off his speech at the Women’s Summit, Prime Minister Justin Trudeau made a surprise appearance to congratulate his friend, Ryan Gosling, at the after-party for his film, First Man on Monday night. Hosted by Audi and Nespresso at tapas eatery, Patria, the energy of guests at the after-party went into overdrive at that much Canadian charm in one room.

Proving there is a certain amount of swagger that comes when you’ve reached age 60, the award winning actress strolled the red carpet for the premiere of Life Itself at Roy Thomson Hall on the weekend in a fiery red pant suit.

Turning 60 this fall, the actress reclaims her ‘scream queen’ title in the new Halloween film, which premiered at The Elgin. Reprising her Laurie Strode role from the original Halloween, which was her film debut 40 years ago, Curtis slashes that time-honoured tradition which dictates that horror films must be helmed by the young and nubile.

The trio stars in The Hummingbird Project, which premiered at the Princess of Wales Theatre on the weekend and was written and directed by Montrealer Kim Nguyen. The stars and director of the film later sat down at RBC House for an intimate chat — part of the Coffee With Creators series hosted by RBC and Nespresso — where they spoke candidly about their time spent together filming in Quebec.

One of the interesting tidbits Hayek dropped was related to her explosive op-ed New York Times piece, which recounted her dealings with Harvey Weinstein. It turns out, it was co-star Jesse Eisenberg who helped her edit the piece just before it was published. Leave it to Lady Gaga to channel some serious movie star glamour on the red carpet with her A Star Is Born co-star and director, Bradley Cooper. The diva arrived draped in a form fitting gown with a tulle veil for added drama — a marked difference from the pared down and simple look she sports on the cover of the October issue of Vogue.

At the premiere of Widows, the actress kept things spare and proved that you don’t necessarily need jewellery that sparkles for drama. Sometimes simple beads, like her necklace, can make an impact.

He might have a t-shirt line — Just Keep Livin’ — but the star opted for some sartorial splendour in a plum coloured suit, as he squires his better half to the cocktail party for his movie, White Boy Rick, at RBC House during TIFF.

Emilio Estevez is all grown up and in a different club now. He wrote, directed and starred in the quietly riveting drama, The Public. After the standing ovation film premiere at Roy Thomson Hall, he and his terrific cast headed over to RBC House for the cocktail party.

The 57-year-old actress was an ethereal vision on the red carpet at the premiere of Gloria Bell on Friday night. Dressed in a flowing handkerchief hem gown, she’s proof that white for evening can look ultra-modern.

The pretty woman steps out Friday night in a bold look at the premiere of her movie, Homecoming. She might be one of the biggest and most bankable star in Hollywood but her approach to fashion has always been risk-free and sedate. But the award winning actress with the famous megawatt smile wins major style points for this cool update on le smoking.

In a single masterful stroke, the legendary French actress shatters a few fashion illusions as she steps out for the premiere of her movie, Greta, at the Ryerson Theatre. Instead of going with a tried-and-true red carpet gown, the 65-year-old actress opts for a pantsuit – not only in a bold pattern but also cut lean and scalpel-sharp, not unlike the suits favoured by rockstars. This is one actress who seems to refuse to play to any stereotypes when it comes to age, gender and red carpet dressing.

With his chiseled matinee idol looks, it’s easy to see why Wonder Woman could have lost herself in those sparkling blue eyes. Looking movie star tanned and svelte in a double-breasted jacket, the star arrives at Roy Thomson Hall for the festival’s opening night film, Outlaw King,  where he plays 14th century Scottish Lord, Robert the Bruce. And apparently, it was reported, during the screening, one could understand how an Amazon woman found him a stud — his full-frontal nude scenes ignited gasps in the crowd.

May December romances rarely look this natural, cool and poised. The 51-year-old director, dressed in a Grecian gown, strikes a pose with her 28-year-old  actor husband, at the premiere of his movie, Outlaw King.