Feeling My Age at the Toronto International Film Festival 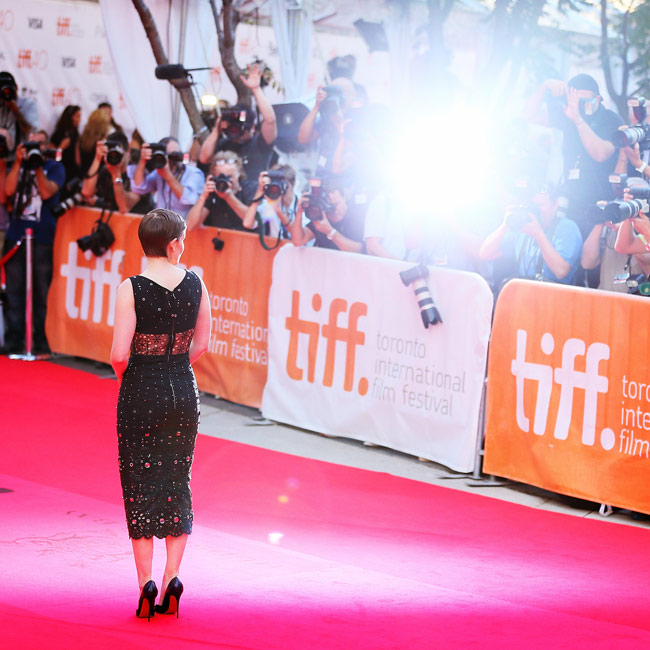 If you were born when the Toronto International Film Festival began — with the humble centre-of-the-universe name The Festival of Festivals — you are now a 42-year-old certified gen-Xer.

And given that this week marked my 36th year attending the event (as both a journalist and, for the last two years, a juror), you can guess what demographic that makes me.

At a glance, there are millennials in the lineups, especially at the Midnight Madness series, which skews younger than other programs. But my sense is that my friends who took their holidays during TIFF when they were younger, watching as many as 50 films in a week (long before the term “binge-watching” was coined), haven’t exactly handed off the torch to a new generation. Ticket prices are high and, in a gig economy, taking 10 days off to watch movies isn’t as easy to arrange.

Herewith, some things that made me conscious of my age and veteran status at TIFF 2018:

— Hugh Jackman, who turns 50 on Oct. 12, is getting good reviews for his performance in Jason Reitman’s The Front Runner, the movie about the Democratic presidential hopeful Gary Hart. Hart’s campaign was derailed in 1987 when he literally dared the press to catch him in an adulterous relationship, and they did. If you remember Gary Hart, you are officially a boomer.

— Speaking of which, I still can’t get used to younger movie writers talking about “Reitman” as in Jason and not his dad Ivan, the director of Ghostbusters.

— Lily Rose Depp, the 19-year-old daughter of Johnny Depp, plays a determined seductress in the French film A Faithful Man, directed by and starring Louis Garrel. While promoting Charlie and the Chocolate Factory, Johnny showed me a tattoo of her name on his arm. She was six at the time.

— Vancouver filmmaker Bruce Sweeney’s dark comedy Kingsway is the funniest Canadian film I’ve seen this year. He won the Best Canadian Feature Award at TIFF in 1995, 23 years ago with his debut film Live Bait. You-know-that-face actress Gabrielle Rose — who hilariously steals Kingsway as a mom who outscores her daughter at a singles bar — also featured in Atom Egoyan’s The Sweet Hereafter, which was an opening night film at TIFF 21 years ago.

— Seeing Jamie Lee Curtis reprise the role of Laurie Strode in the umpteenth reboot of Halloween was a trip. She played a high school student in the first. She turns 60 in November.

— Happy to see Patricia Rozema release a new film, Mouthpiece, which kicked off TIFF’s Special Presentations series on opening night. I’ve Heard the Mermaids Singing, which effectively launched her career, was the opening night gala at the festival 31 years ago.

— Nicole Kidman stars in Destroyer. The movie, in which she plays a severely damaged L.A. police detective, seems likely to earn her another trip to the Academy Awards. It’s been 29 years since I first took notice of her in the Aussie at-sea thriller Dead Calm.

— And one that made me feel like a kid … 98-year-old Nuremberg prosecutor Ben Ferencz (who gave only two TIFF interviews, one of them to Zoomer) was in both Barry Avrich’s Prosecuting Evil and Michael Moore’s Fahrenheit 11/9. Jamie Bell, who played the 11-year-old title character in Billy Elliot, was also in two TIFF movies (Skin and the bare-knuckle fight movie Donnybrook). But he’s only 32.

— Speaking of which, it’s been 29 years since Moore’s Roger & Me debuted at the festival, launching his career. He’s 64.

Finally, this year’s Toronto International Film Festival is the last one run by Piers Handling, who has been the boss for 24 years. At the Programmers Brunch on opening day, he was praised in an impromptu speech by Chaz Ebert, the widow of Roger Ebert, who was one of the first influential critics to champion this fresh young film festival that dared challenge Cannes.

That upstart film fest is now a venerable institution, one that is just as unsure of what its future will look like as any other venerable institution. Much depends on winning over the YouTube generation. This year, it opened with a Netflix-produced film (Outlaw King with Chris Pine, which was savaged by reviewers).

Next year? Who knows? Here’s hoping the day is still far off when gen-Y kids watch TIFF world premieres on their smartphones.