TIFF 2018: 12 Films That Could Be Headed for Award Season Glory 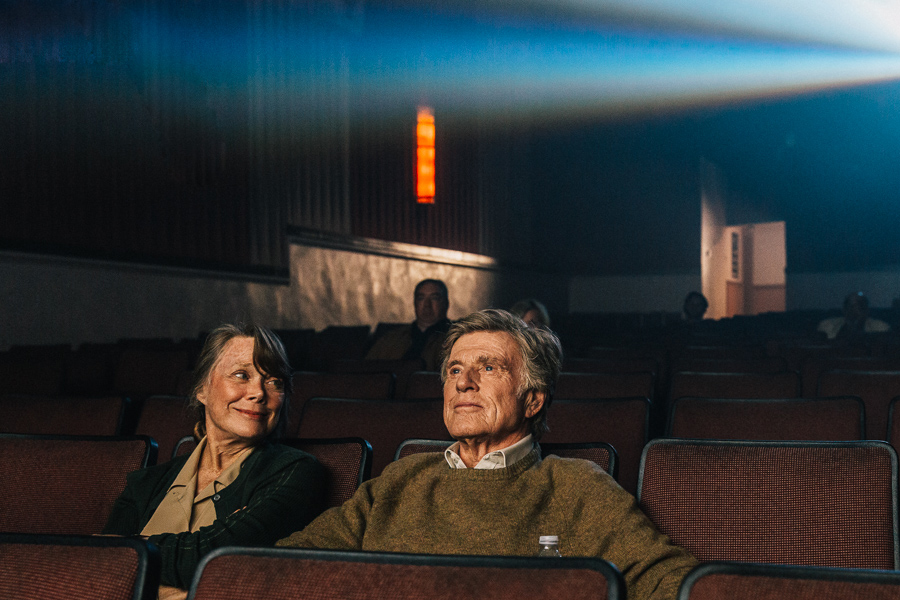 All photos courtesy of the Toronto International Film Festival.

The Toronto International Film Festival boasts a long list of cinematic gems that used the fest as a launching pad for award season glory. In fact, the list of past winners of the TIFF People’s Choice Award — Chariots of Fire, The Princess Bride, Life Is Beautiful, American Beauty, Crouching Tiger, Hidden Dragon, Brokeback Mountain, Slumdog Millionaire, The King’s Speech, 12 Years a Slave, Room, La La Land and Three Billboards Outside Ebbing, Missouri to name a few — reads like a who’s who of Oscar winners and modern classics.

So which TIFF 2018 films will break away from the festival pack and make a run for glory during award season? We take a closer look at 12 of the top contenders. A Star Is Born

TIFF Synopsis: “Bradley Cooper’s directorial debut tells the story of a seasoned musician who discovers — and falls in love with — a struggling artist [Lady Gaga], but, even as her career takes off, he fights an ongoing battle with his own internal demons.”

The Buzz: Following in the footsteps of the original 1937 film, the 1954 Judy Garland musical remake and the 1976 Barbra Streisand/Kris Kristofferson version, the 2018 incarnation of A Star is Born features a script co-written by Eric Roth, who won an Oscar for his Forrest Gump screenplay and saw four other films he wrote, including The Insider and The Curious Case of Benjamin Button, land Best Picture nominations at the Academy Awards. And that’s not to mention the non-stop buzz the film’s generated and the fact that it boasts a critical score of 96 per cent fresh on Rotten Tomatoes. TIFF Synopsis: “Based on the bestselling pair of memoirs by father and son David and Nic Sheff, Felix van Groeningen’s film chronicles the heartbreaking and inspiring experience of survival, relapse, and recovery in a family coping with addiction over many years.”

The Buzz: Anchored by two former Best Actor Oscar nominees in Steve Carell (Foxcatcher, 2014) and Timothée Chalamet (Call Me By Your Name, 2017) as the father and son pairing that drives the film, this drug addiction drama has been pulling on heartstrings and generating Oscar talk since before its TIFF world premiere. It’s also the English-language big screen debut for director Felix van Groeningen, who’s no stranger to Oscar himself after having been nominated for Best Foreign Language Film for his 2016 drama Belgica. TIFF Synopsis: “The unexpected homecoming of a mother’s (Julia Roberts) charming yet troubled prodigal son (Lucas Hedges) forces her into a situation where she must do all she can to prevent her family’s downfall.”

The Buzz: Julia Roberts as a sympathetic, struggling mother in a Christmas-set dramatic story about opioid addiction? It’s the sort of film the Academy eats up. And if that weren’t enough, Courtney B. Vance stars as Roberts’ husband and Lucas Hedges puts in a fantastic performance as the troubled son. And, as Vance told Zoomer, “This will be one of those small little films that could. And it’s very important now. There’s so many communities that are dealing with these issues so it’s a very timely, important piece that I think people will really respond to.” TIFF Synopsis: “The teenaged son of a Baptist pastor is forced into a gay-conversion program by his parents, in actor-director Joel Edgerton’s emotive drama starring Nicole Kidman, Russell Crowe, and Lucas Hedges.”

The Buzz: Hedges is on a roll – or, depending on how you look at it, an emotional rollercoaster — at TIFF this year, going from recovering addict in Ben is Back to a young gay man forced into conversion therapy here. The former Oscar nominee pairs with powerful performances by Oscar-winners Russell Crowe and Nicole Kidman (as his parents) and both the timeliness of the plot and the drama that ensues seem poised to make this one an Oscar contender. TIFF Synopsis: “The Academy Award–winning team of director Damien Chazelle and star Ryan Gosling (La La Land) reunites for this biopic on the adventures and life of Neil Armstrong, from his entry into NASA’s astronaut program in 1961 to his epoch-making walk on the moon eight years later.”

The Buzz: Two of Chazelle’s three previous directorial efforts — Whiplash and La La Land — earned Best Picture Oscar nods among other Academy nominations and honours, and First Man seems to be travelling the same path. Don’t look for any La La Land-inspired tap-dancing or musical merriment from the Chazelle/Gosling duo here, though the film has proved one of the most talked about of festival season and easily made many critics’ lists of 2019 Oscar hopefuls. TIFF Synopsis: “Award-winning actors Mahershala Ali and Viggo Mortensen star in this engrossing story of a working-class Italian-American bouncer who takes a job chauffeuring an African American classical pianist across the American South in the 1960s.”

The Buzz: Based on a true story and described by some as a reverse take on Driving Miss Daisy, this film has flown relatively under the radar for most of festival season. Yet, it has all the makings of an Oscar contender, from its stars, including Best Supporting Actor Oscar winner Mahershala Ali (Moonlight, 2016) and two-time Oscar nominee Viggo Mortensen, to a touching script co-written and directed by Peter Farrelly (of comedic duo the Farrelly Brothers fame) to an impressive 100 per cent Rotten Tomatoes score. If Beale Street Could Talk

TIFF Synopsis: “Director Barry Jenkins’ ambitious follow-up to Moonlight adapts James Baldwin’s poignant novel about a woman fighting to free her falsely accused husband from prison before the birth of their child.”

The Buzz: Building off the critical and award season success of Moonlight – which won the 2017 Best Picture Oscar, Best Supporting Actor Oscar for Mahershala Ali as well as Best Adapted Screenplay for Jenkins – If Beale Street Could Talk came into its TIFF world premiere with high expectations. So far, the film, a tale of love and justice set in 1970s New York, has earned almost universal acclaim from audiences and critics alike, setting Jenkins up for what could prove another award season hit. TIFF Synopsis: “Alfonso Cuarón’s cogent and nuanced semi-autobiographical feature chronicles one year in the life of a middle-class family in 1970s Mexico City.”

The Buzz: Where to begin? To start, it’s Cuarón’s first film since his massive 2013 outer space hit Gravity, which nabbed seven Academy Awards including Best Director. Second, it took home the highest honour — the Golden Lion — at this year’s Venice Film Festival. And third, it’s an intimate portrait of life and gender and class in 1970s Mexico that boasts a near perfect critical consensus on Rotten Tomatoes. The Buzz: Shoplifters arrived at TIFF this year with more buzz and award talk than almost any other title at the festival, including having won the coveted Cannes Palme d’Or. Already a hit in Japan, the country has announced that this tale of a family of shoplifters attempting to survive on a grandmother’s pension while informally adopting an abused child is its entry into the Best Foreign Language Oscar category. And so far, with a 100 per cent critical approval rating, it’s got to be considered the frontrunner. The Old Man & the Gun

The Buzz: Hailed as Robert Redford’s swansong, the film allows the Hollywood legend to ride into the sunset as real-life outlaw Forrest Tucker, best known for robbing banks and then escaping the prisons where he was to serve his sentences. The stacked cast doesn’t hurt, but it’s the fun and excitement of a septuagenarian bank robber breaking free from his nursing home for one final heist that has audiences hailing this movie as one of the best of the fest. The Buzz: The 2011 novel of the same name by Canuck scribe Patrick DeWitt that serves as the source material for the movie was written with an almost cinematic touch, winning both the Governor General’s Literary Award and Rogers Writer’s Trust Fiction Prize, as well as garnering Man Booker and Giller Prize nominations, en route to the big screen. Critics love the dynamic between brotherly co-stars John C. Reilly and Joaquin Phoenix, which, along with the quirky story and California Gold Rush setting, could prove an awards season sleeper hit. The Buzz: In 2013, director Steve McQueen’s 12 Years a Slave and Alfonso Cuarón’s Gravity both astounded audiences and critics at the Toronto International Film Festival. This year, the directors return to TIFF with their respective follow up films, each of which are receiving equally rave reviews – including both earning a 97 per cent fresh rating on Rotten Tomatoes. And like Cuarón’s latest effort, Roma, McQueen’s Widows is a departure from his last film, offering audiences a thrill ride in the world of organized crime as four mobster widows team up to do what their husbands never could – make a break from the mob. Following TIFF 2013, McQueen’s 12 Years a Slave went on to the Academy Awards and beat out Cuarón’s Gravity for the Best Picture Oscar. Could history repeat itself five years later?