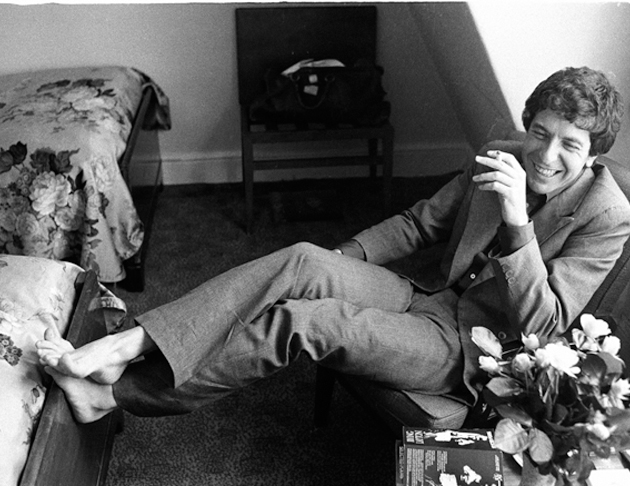 In honour of Leonard Cohen’s enduring legacy, we dive into his catalogue to uncover some of his all-time greatest lyrics.

Leonard Cohen, iconic singer, songwriter, novelist and poet died on Nov. 7, 2016, leaving fans across the globe reeling at the news. With a career that spanned more than 50 years, the gravelly-voiced troubadour had an unrivaled way with words and became one of Canada’s greatest literary giants.

“Unmatched in his creativity, insight and crippling candor, Leonard Cohen was a true visionary whose voice will be sorely missed,” his manager Robert Kory wrote in a statement. “I was blessed to call him a friend, and for me to serve that bold artistic spirit firsthand, was a privilege and great gift. He leaves behind a legacy of work that will bring insight, inspiration and healing for generations to come.”

News of his death at 82 has led to an outpouring of grief from family, friends and fans on social media.

His son, Adam, had released a statement to Rolling Stone: “My father passed away peacefully at his home in Los Angeles with the knowledge that he had completed what he felt was one of his greatest records. He was writing up until his last moments with his unique brand of humour.”

Watch as media mogul Moses Znaimer inducts the legendary Leonard Cohen into the Canadian Music Hall of Fame at The 1991 JUNO Awards in Vancouver.

His soulful, lonely lyrics and gritty, raw vocals (“Only in Canada could somebody with a voice like mine win Vocalist of the Year,” he once joked) will be greatly missed. And there’s no denying that Cohen’s death has certainly struck a chord.

Here, drawn from a catalogue that spans six decades, are some of Cohen’s finest lyrics.

“Maybe there’s a God above
But all I’ve ever learned from love
Was how to shoot somebody who outdrew ya
And it’s not a cry that you hear at night
It’s not somebody who’s seen the light
It’s a cold and it’s a broken Hallelujah.”
—Hallelujah (1984)

“Ring the bells that still can ring
Forget your perfect offering
There is a crack in everything
That’s how the light gets in.”
—Anthem (1992)

“Well my friends are gone and my hair is grey
I ache in the places where I used to play
And I’m crazy for love but I’m not coming on
I’m just paying my rent every day
Oh in the Tower of Song
I said to Hank Williams: how lonely does it get?
Hank Williams hasn’t answered yet
But I hear him coughing all night long
A hundred floors above me
In the Tower of Song.”
—Tower of Song (1988)

“We met when we were almost young
deep in the green lilac park
You held on to me like I was a crucifix,
as we went kneeling through the dark.”
—So Long, Marianne (1967)

“Ah, the last time we saw you you looked so much older
Your famous blue raincoat was torn at the shoulder
You’d been to the station to meet every train, and
You came home without Lili Marlene.”
—Famous Blue Raincoat (1971)