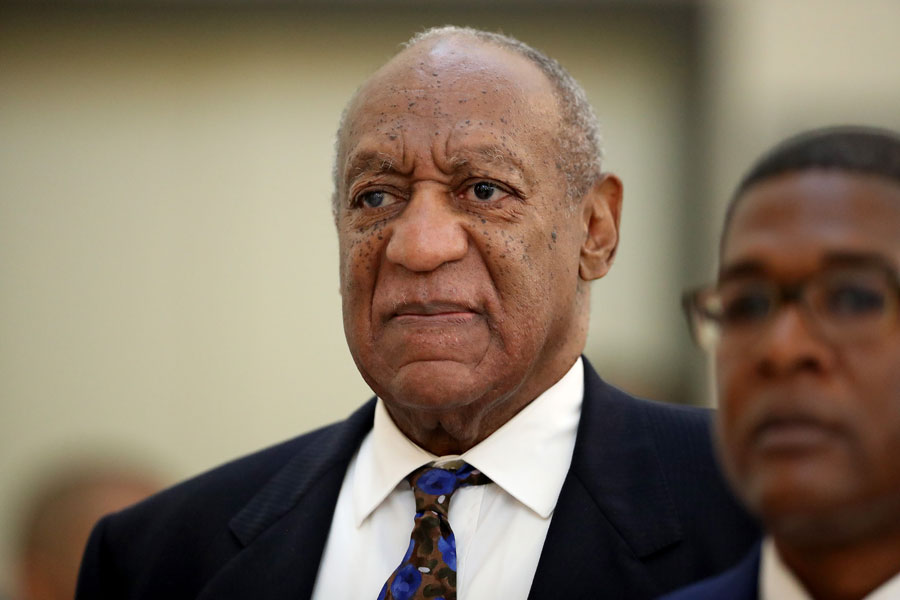 The verdict is in: On Tuesday, Bill Cosby was sentenced to three to 10 years in state prison.

“This was a serious crime,” Judge Steven O’Neill said after the verdict was read. “Mr. Cosby this has all circled back to you. The day has come, the time has come … you took her [Andrea Constand’s] beautiful healthy young spirit and crushed it.”

The defense’s request that Cosby remain free on bail while he appeals his conviction was also denied by O’Neil, who said Cosby remains a possible danger to the community despite his age.

Cosby was led away from the Pennsylvania courtroom in handcuffs to begin serving his sentence.

During his retrial in April, the disgraced comedian — once known as America’s Dad during eight seasons of The Cosby Show — was convicted on three counts of aggravated indecent assault for drugging and sexually assaulting former Canadian basketball player Andrea Constand, who was also joined by five more alleged victims in testifying against Cosby.

The 81-year-old former sitcom star was set to face up to 30 years in prison until prosecutors and defense attorneys agreed to merge the three counts of his conviction into one, allowing for a maximum sentence of only 10 years.

Cosby’s first trial, which took place in June 2017, ended in mistrial after a panel of jurors were unable to unanimously agree on a verdict.

Several of Cosby’s accusers attended the proceedings this week in a Pennsylvania courthouse but did not testify during the retrial.

Constand, a former employee with Temple University women’s basketball testified at the sentencing hearing for two minutes, but submitted a lengthy victim-impact statement that wasn’t read in court.

“Bill Cosby took my beautiful, healthy young spirit and crushed it,” Constand wrote in the impact statement. “He robbed me of my health and vitality, my open nature, and my trust in myself and others.”

Since Constand first went to the police in 2005, more than 60 women have come forward with accusations of sexual misconduct against Cosby dating back to the ’60s, although none of those claims have led to criminal charges.

In addition to Tuesday’s sentence, the judge also ruled that Cosby will be classified as a “sexually violent predator.”

The designation requires him to register as a sex offender and receive sex offender counselling in prison and after his release. The community in which he lives would also be notified that a sexually violent predator lives in the area.

Contributing to that decision was an assessment from Kristen Dudley, a psychologist and a member of the Pennsylvania Sexual Offenders Assessment Board. She testified that Cosby should be labeled a “sexually violent predator” because he has a mental disorder that involves sexual urges toward non-consenting women. Dudley added that his assault of Constand in 2004 indicates a long pattern of predatory behaviour.

Arguing against the designation, the defence said that the former TV star — who is legally blind and uses a cane to get around — was unlikely to commit another crime because of his advanced age and physical condition and because, according to his legal team, there hadn’t been another incident of molestation in the 14 years since his encounter with Constand. The defense recommended a sentence of house arrest.

By comparison, in a sentencing memorandum, prosecutors called for the maximum sentence of five to 10 years.

“[The] defendant’s crime was more than just a physical sexual assault,” the memorandum reads. “He violated Ms. Constand’s trust, which, unbeknownst to her, he spent time and energy cultivating with the specific intent of having sexual contact with her.”

“The defendant has never accepted responsibility for his crime, nor has he shown any remorse. Quite the opposite, he tried to silence Ms. Constand with money because he was concerned about his own potential financial harm if news of the assault became public.”

Cosby declined an opportunity to address the court prior to his sentencing.