She’s Back! The Duchess of Cambridge Announces Her Return From Maternity Leave 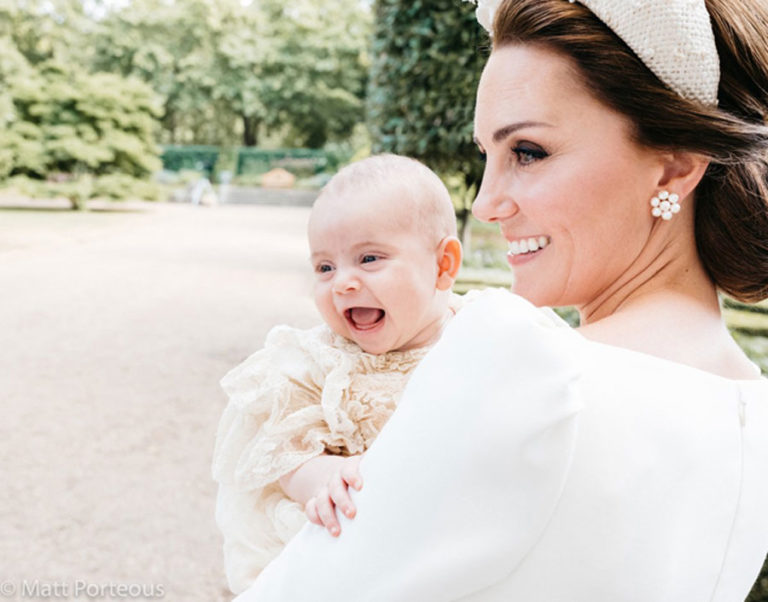 The duchess shares a happy moment with her son, Prince Louis, at his July christening. Photo: Matt Holyoak via Kensington Palace/Twitter.

Yes, Duchess Kate will once again officially be reporting for royal duty next week as her maternity leave comes to an end.

Kensington Palace announced on Thursday that the Duchess of Cambridge will dive back into work with a solo trip on Oct. 2 to the Sayers Croft Forest School and Wildlife Garden at Paddington Recreation Ground, where she will learn how the school exposes thousands of urban students to nature and outdoor physical activities. Although it’s been a busy year for every member of the House of Windsor — weddings and babies and anniversaries! — there’s no denying the impact of the “Meghan Effect” and the fact that Prince Harry and the new Duchess of Sussex have nabbed the majority of the headlines.

As a result, we haven’t seen a whole of a lot of Kate — at least not since her brief appearance at the Royal Wedding in May, the annual Trooping of the Colour in June and the christening of her third child, Prince Louis, in July.

Royal watchers may recall that Kate’s last working event before giving birth was on March 22 at the Commonwealth Games in London, which she attended with hubby, Prince William. After that, she removed herself from the public eye, later welcoming little Louis on April 23.

Now that she’s officially back in action, the 36-year-old royal is set to take part in a handful of engagements throughout October and through to the end of the year. She’ll return to her usual hectic schedule full-time in January.

“[She] feels it’s an incredible privilege to be a mum,” Peter Fonagy, head of the Anna Freud National Centre for Children and Families, told People prior to Louis’ April birth. “She’s very keen on children and keen that they should be happy.”

Fonagy, who has collaborated with Kate with her mental health advocacy through the Heads Together initiative, adds, “She’s genuinely interested in how to make children’s lives better — and what parents and professionals can do to positively influence the lives of children.”

Sounds to me like that Oct. 2 trip to the Sayers Croft Forest School and Wildlife Garden is perfect choice to mark her return, then.