Google at 20: Why Journalists Remain the Cornerstone of the Search Engine Giant 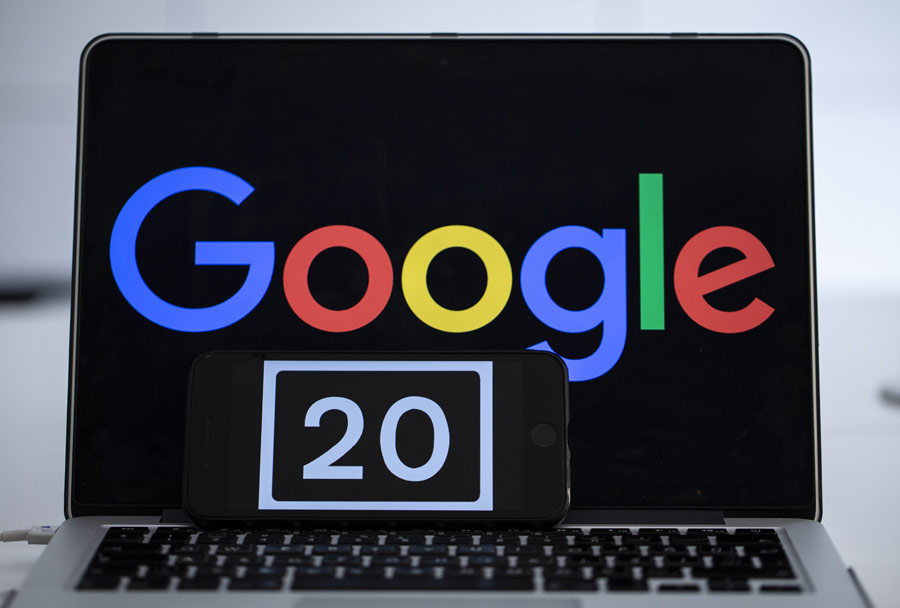 September 27 marks Google’s 20th birthday. How do I know? I Googled it.
But of course, as with so many things involving the search-engine-that-ate-the-internet, you can choose from multiple answers, coming away more confused than before (which is why Google so often fails in its prime purpose in our everyday lives, which is to settle silly arguments).

Google has traditionally, with a few anomalous years, celebrated its birthday online, ever since it ran its first birthday banner “Google Doodle” in 2002.

However, some people mark the date as Sept. 4 — the day in 1998 that Stanford alumni Larry Page and Sergey Brin filed for incorporation for the company. Others consider it to be Sept. 15 of the previous year, when the domain name “google.com” was first registered (and which would actually make Google 21).

But for some reason, the company had a party on Sept. 27.

Whatever, let’s call it a birth month.

It’s not that there weren’t search engines already. But only Google became a verb. If Ask Jeeves had captured our imagination, we’d be “Jeeves-ing” everything. There are even alternative search engines now. Anybody Bing lately?

There probably isn’t a day that goes by in most of our lives when we don’t Google something at least once. Some of you might even “ego-surf” (Google yourself) on a regular basis. (I recently ego-surfed on my birthday to, at long last, check out my late parents’ claim that I was given my name because I was born on the Feast Day of St. James, which turns out to be on July 25. I was born on July 24, which is the Feast Day of, I kid you not, St. Christina the Astonishing. I guess, as good Catholics, my parents skipped ahead to the first male saint, an Apostle no less. Still, I could have been “Chris,” and might have been inspired to pursue a career as a magician).

And of course, once it became the go-to for general information, the company branched out into Google Earth (“Hey look, we can see our house from space!”), Gmail, the web browser Chrome, Android (the most-used operating system for smartphones, with two billion users) and the “Cloud” storage service Google Drive.

And, of course, there’s Google Maps with its bossy automaton voice that tells us where to drive, turn by turn, anywhere in the world, whether you’re on the Autobahn in Germany, on the I-79 approaching Bugtussle, West Virginia or looking for the Hoito restaurant in Thunder Bay, Ont.

As to the latter, I am an object of ridicule from my offspring for still preferring to write directions on a piece of paper.

What is worrisome is that a generation is growing up with Google as the only research tool it’s ever known, and which often accepts what shows up there at face value.

This was illustrated plainly in the recent failed New York governorship run by former Sex and the City actress Cynthia Nixon, who was frequently painted as a rich dilettante in the campaign. During a debate with incumbent Andrew Cuomo, moderator and CBS anchor Maurice DuBois began, “Given your personal wealth, reported to be in the tens of millions of dollars — ”

“…which is not true,” Nixon replied.

What is true is that, if you Google any famous person (and even some not-so-famous ones), one of the first things that shows up is a figure from Celebrity Net Worth telling you how much more money they make than you.

Outlets who’ve investigated Celebrity Net Worth say it would be generous to call the figures they post “educated guesses.” But they are “official” by dint of how high up you find them in a Google search.

But it’s in the non-celebrity world that Google doesn’t necessarily hold up as a gateway to history. A while back, I was hired to create a course outline on critical writing for Toronto’s Centennial College, and decided to create an entire class around the excellent documentary Obit, about the New York Times’ famed obituary desk. When someone notable, but not especially famous dies, there is often not a lot of info to be found in a Google search — and may be of dubious provenance.

So, like characters in the movies Spotlight or The Post, they interview relatives and friends, they scour clipping files and pore over microfiches. (My wife was interviewed scrupulously by the Times’ obit desk at the death of her father, the influential Duke University jazz teacher and musician Paul Jeffrey).

In Obit, one of the newly-dead notables is William P. Wilson, an advisor to then-Democratic Presidential challenger John F. Kennedy. Just prior to JFK’s famous TV debate against Richard Nixon, Wilson — who had an understanding of the new medium of television — negotiated the terms of presentation, opting for a skinny podium that would show off Kennedy’s physique. Immediately beforehand, he had a staffer run off and get Max Factor makeup (Nixon famously sweated under the TV lights).

Before his death in 2014, Wilson was not widely known as the man who may have tipped that close election in Kennedy’s favour. After the Times’ obituary, he was.

My message to the students: You think everything is on Google, but it’s not. Before actual humans did the work, the most a search engine would have told you about William P. Wilson was that he wrote some books about politics.

After they did the work, he “existed” in Google terms.