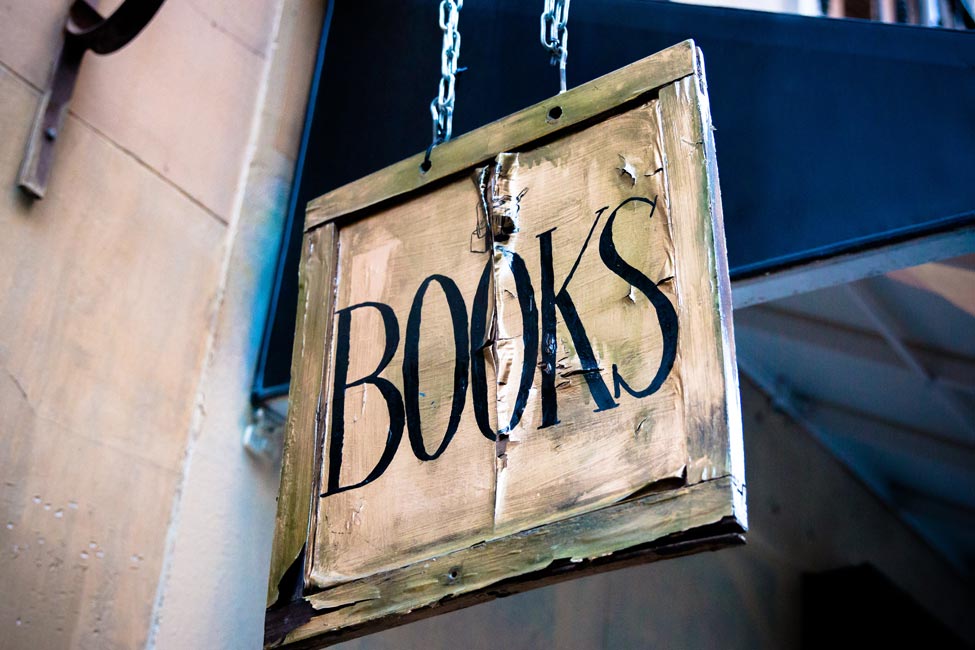 Photo by César Viteri on Unsplash

Even with the many, many books on our must-read list, we just can’t stop devouring thrillers. Here’s a small sampling of what’s on our nightstands lately. The book that inspired the buzzy BBC America TV series Killing Eve starring Grey’s Anatomy’s Sandra Oh, is a sexy, fast-paced and utterly impossible-to-put-down international spy drama. Villanelle, who works for a powerful, secretive criminal organization, is one of the world’s most skilled and ruthless assassins. But when she kills an influential Russian politician in London, she attracts a relentless foe: former MI6 operative, Eve Polastri, who is tasked with capturing or killing the person responsible for the murder. Following on the heels of last year’s best-selling thriller The Girl Before, which was snapped up for the big screen by director Ron Howard, JP Delaney’s twisty new book follows an out-of-work British actress trying to make a brand new start of it, so to speak, in New York. In the meantime, to pay the rent, she puts her considerable acting skills to use as a decoy for a detective agency, hired to entrap straying husbands. But when the police investigate one of her targets for the murder of his wife – and ask her to lure the suspect into making a confession – things get considerably more complicated (read deadly). An ex-spy’s assumed identities during the Second World War come back to haunt her when, while working as a BBC radio producer in 1950s London, she runs into a mysterious man from her past, an encounter that pulls her back into the life of espionage she thought she left behind. Interestingly, the latest book from the award-winning British novelist may be a case of truth inspiring fiction: a release of documents from Britain’s secret service to the National Archives about an ordinary bank clerk who infiltrated circles of fascist sympathizers in the U.K. provided fodder for the story. I KNOW YOU KNOW (William Morrow) by Gilly Macmillan

From British bestselling author of What She Knew, The Perfect Girl and Odd Child Out comes this chilling mystery about two shocking murder cases 20 years apart, and what increasingly looks like a link between the two. Even as police reopen the investigation into the decades-old murder of two 11-year-old boys in the city of Bristol, one of their childhood friends, who is now a film and podcast producer, looks to uncover new evidence by interviewing residents about what they remember. But in art, as in life, some people will do anything to keep old secrets buried. What if a fellow parent in your child’s class was someone completely different than they said they were – in fact, they were a suspected murderer in a notorious case that had consumed the country? Such is the case in Vancouver-born Robyn Harding’s masterful follow-up to The Party, as she spins a web of lies and deceit, asking the question: Can people ever really change? And is so, is it possible to forgive the past? Canadian readers aren’t likely to miss the similarities to the case of real-life serial murderers Paul Barnardo and Karla Holmolka, on which the story is loosely based. PIECES OF HER (William Morrow) by Karin Slaughter

It’s one thing to realize that a friend or a colleague has a secret so dark that, once uncovered, you feel you don’t really know them at all; it’s another to make this unsettling discovery about your own mother. In the latest twisty tale from international bestselling Karin Slaughter, a tight mother-daughter bond is shattered after the discovery of the mother’s astonishingly violent past, putting both their lives in peril. Mutilated women, a colleague-turned-killer and a possibly haunted antique typewriter transmitting messages from beyond the grave, take centrestage in this eerie thriller from internationally bestselling author of No Time for Goodbye.