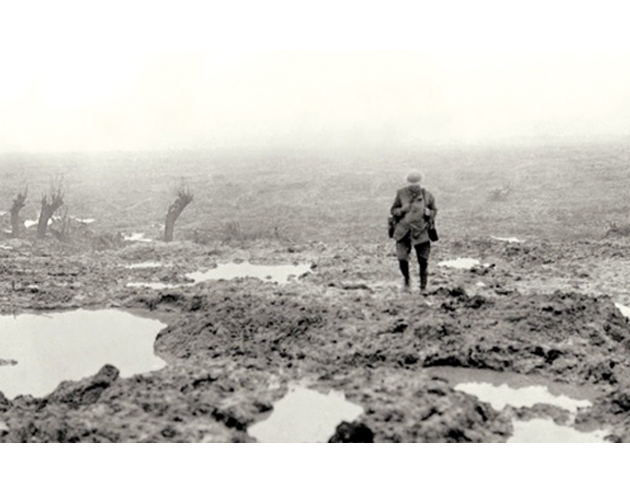 The famous war poem, written during the First World War by Canadian physician Lieutenant-Colonel John McCrae, was first published on Dec. 8, 1915 in an issue of the London magazine, Punch.

So memorable is the piece, that it’s hard to believe McCrae was initially unhappy with his final draft. He was inspired to write the powerful poem on May 3 of that year after presiding over the funeral of fellow soldier Lieutenant Alexis Helmer, who was killed in the Second Battle of Ypres. According to popular legend, fellow soldiers discreetly had the poem published after McCrae discarded it in frustration.

However, the poem has endured through the years. It’s fitting that, on Remembrance Day 2016, Legion Magazine rereleased their video of the poem being read by poet and musician Leonard Cohen, who passed away on Nov. 7 of that year at age 82.

In 2015, the year before Cohen’s death, Legion Magazine and the Canadian troubadour joined forces and released a video to commemorate the 100th anniversary of the poem “In Flanders Fields.”

In this beautiful tribute to McCrae, Cohen recites the stirring poem for this exclusive Legion Magazine video. His voice is accompanied by haunting imagery from the First World War.