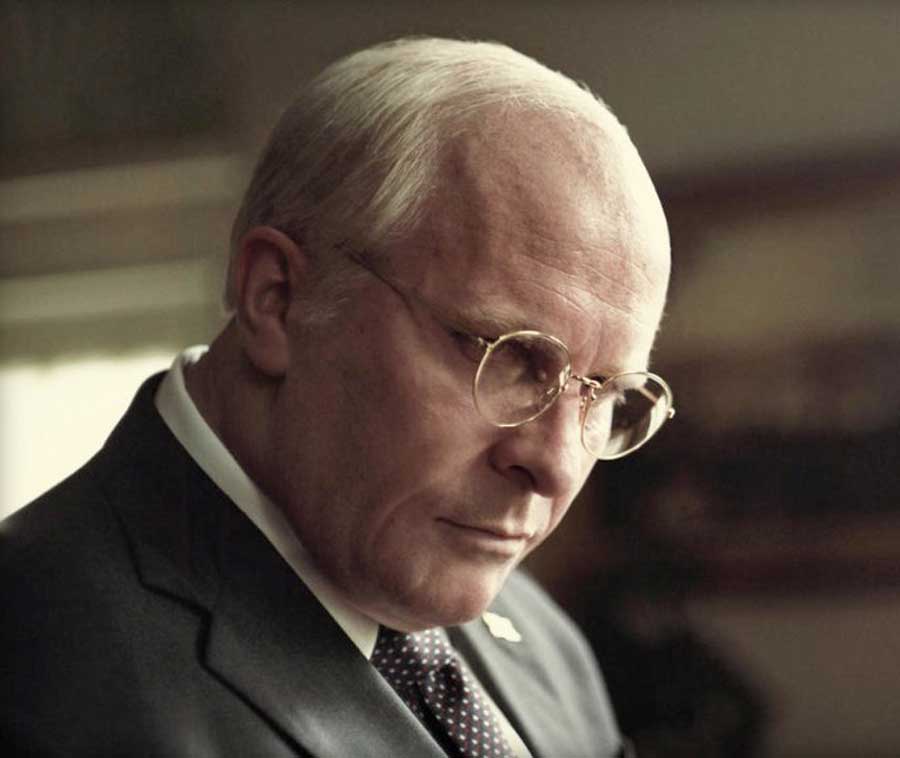 Fans who enjoyed Christian Bale’s performance as Bruce Wayne/Batman in The Dark Knight franchise won’t likely recognize him in his newest film.

The star, who’s made a habit of physically transforming himself for a role, gained 40 pounds in preparation for his uncanny portrayal of former U.S. Vice President Dick Cheney in the upcoming biopic, Vice.

Bale’s most recent shape-shift is another addition to the list of his dramatic physical transformations, including his 2004 role in The Machinist, where he dropped down to an emaciated 120 pounds.

Looking the part of the generously proportioned veep, however, hasn’t required any food deprivation or strict workout regimens.

“I’ve just eaten a lot of pies so far,” Bale told Variety ahead of filming.

Opening in theatres Dec. 25, the film chronicles Cheney’s rise from bureaucratic Washington insider to George Bush’s vice president. Together, the pair remained in power for two terms, from 2001 to 2009.

The film also reunites Bale with Amy Adams, his co-star in The Fighter (for which he won an Oscar for Best Supporting Actor) and American Hustle, who plays Lynne Cheney. Other big names include Steve Carell as Donald Rumsfeld, Sam Rockwell as G.W. Bush, Bill Pullman as Nelson Rockefeller and Tyler Perry as Colin Powell.

While Bale’s glutenous preparation can hardly be considered a hardship, the 44-year-old says rebounding from the weight gain after filming is the hard part. After packing on only a few pounds for his role in American Hustle, Bale told USA Today it took more than six months to work off the extra weight.

“I know that when I was in my early twenties it would have been two months and that’s it,” he said.

Due to the age gap between Bale and Cheney, who started his eight-year term as vice president at the age of 60, the actor also shaved his head and bleached his eyebrows for the role.

According to the film’s director, Adam McKay, Bale completes the physical transformation with his onscreen performance.

“What Christian Bale really does is he psychologically breaks someone apart and puts them back together again,” McKay told Deadline. “I’ve never seen someone work so hard at it, and it is hard on him, but really amazing to watch. The second I thought of doing the movie, I knew right away, the most exciting person to play him was Christian.”