Everything We Know About Princess Eugenie’s Royal Wedding 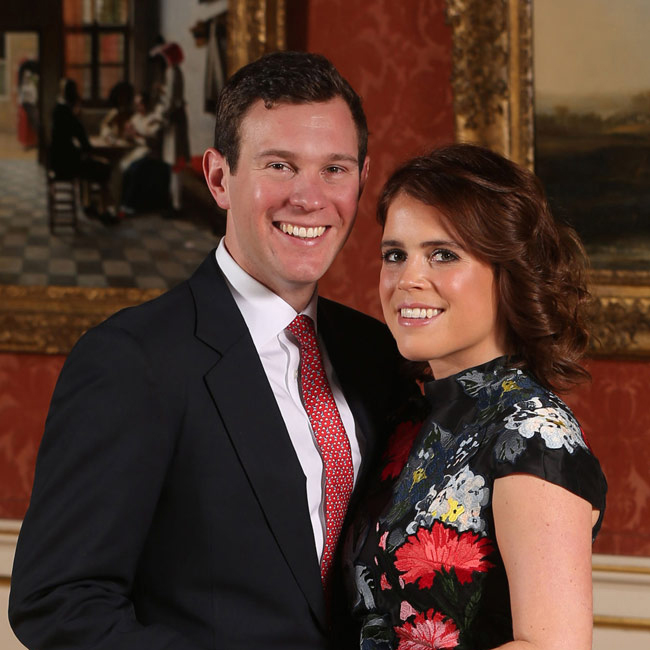 Set your alarms, steep some tea and dust off that over-the-top fascinator you splurged on for Meghan and Harry’s nuptials, because the second Royal Wedding of the year is scheduled for this Friday, October 12.

Unlike the media whirlwind that accompanied the May wedding of Prince Harry and the Duchess of Sussex, the impending marriage between Princess Eugenie, 28, and longtime beau Jack Brooksbank, 32, has been decidedly more reserved and off the radar. So you’d be forgiven for feeling out of the loop — or, perhaps, even a little relieved.

Here, we compile everything we know about the upcoming nuptials, so far.

The long answer: This was actually a more difficult date to pin down for the royal couple than one would think. According to multiple sources, Eugenie and Jack moved their wedding date up by a couple of weeks to accommodate Harry and Meghan, who are scheduled to travel to Australia for the Invictus Games at the end of the month. In the end, Eugenie and Jack opted for a Friday wedding — in keeping with the royal tradition of marrying on a weekday.

Where is the wedding?
Prepare yourself, royal watchers, for an overwhelming sense of deja vu. Eugenie and Jack have chosen Windsor — where the bride grew up — for their ceremony and reception. So get ready to revisit St. George’s Chapel at Windsor Castle, scene of where Harry and Meghan said their “I do’s” in May.

Following the ceremony, Queen Elizabeth will host the reception at the Royal Lodge for her granddaughter and the wedding guests.

Who designed the wedding dress?
Mum’s the word! We’ll all have to wait for the day of the wedding for the big reveal, as Eugenie prepares to walk down the aisle. Remember how dramatic it was when Meghan stepped out of that car for the first time at her wedding and we caught our first glimpse of that majestic veil? It’ll be worth the wait.

Who is in Princess Eugenie’s wedding party?
This week, palace officials confirmed that Eugenie’s older sister, Princess Beatrice, will stand by her side as maid-of-honour. (The groom’s brother, Tom, will act as his best man.)

Royal fans will no doubt look forward to seeing Prince George, 5, and Princess Charlotte, 3, as page boy and bridesmaid, respectively. That’s right, they’re back at it! Prince William and the Duchess of Cambridge’s adorable tots manage to steal the show every time — and they performed their roles so beautifully at Harry and Meghan’s nuptials that it comes as no surprise that Eugenie asked them to reprise their roles for her big day.

Filling out the rest of the bridal party is six-year-old Louis de Givenchy, the son of JP Morgan banking executive Olivier de Givenchy and his wife Zoë. Meanwhile, among the other bridesmaids will be three more of Her Majesty’s great-grandchildren — Savannah Phillips, 7, and her sister Isla, 6 — daughters of Princess Anne’s son Peter Phillips and his wife Autumn and Mia Tindall, 4, the daughter of Princess Anne’s daughter Zara Tindall.

The two remaining bridesmaids will be Theodora Williams, daughter of pop singer Robbie Williams and his wife Ayda Field, and Maud Windsor, Eugenie’s goddaughter, whose parents are Lord and Lady Frederick Windsor.

Will the entire Royal Family be attending?
Although there are some whispers that the Duchess of Cambridge might not attend (her sister Pippa’s due date for her first child is around the same time as the wedding and Kate reportedly wants to be by her sister’s side when she goes into labour), it looks as though it will be one big happy family on Friday. The only two other possible no-shows are six-month-old Prince Louis and Prince Philip, 97, health pending (not to mention his feud with the bride’s mom, Sarah Ferguson).

Who will be performing at the ceremony?
During the ceremony, Italian singer Andrea Bocelli will perform two songs, accompanied by members of the Royal Philharmonic Orchestra (RPO). Interesting sidenote, Eugenie’s father, Prince Andrew, is the Patron of RPO.

Are members of the public allowed to attend?
Much like Harry and Meghan before her, Eugenie has indeed invited members of the public to share in her big day. A total of 1,200 lucky guests will have access the grounds of Windsor Castle to watch the arrival of the congregation and the Royal Family. Buckingham Palace received more than 100,000 applications to attend, which had to be whittled down to just over 1,000.

Others who have been invited include representatives of charities supported by Eugenie and Jack, kids from the local schools that Eugenie attended as a kid and some residents and staff of Windsor Castle.

Will there be a carriage ride?
The palace confirmed that, following the service, the newlyweds will take a short carriage ride out of Windsor Castle and onto part of High Street. Expect long lines of flag-waving members of the public eager to wish the couple well.

How can Canadians watch the wedding on TV?
This will be a little trickier than Harry and Meghan’s wedding, where it seemed like every channel was inundated with all-day coverage. For those with access to the channel TLC, there will be full coverage of Eugenie’s nuptials starting at 4:30 a.m. (EST) and 1:30 a.m. (PST). Otherwise, you can follow the livestream on either The Royal Family Channel via Facebook or The Royal Family channel on YouTube.