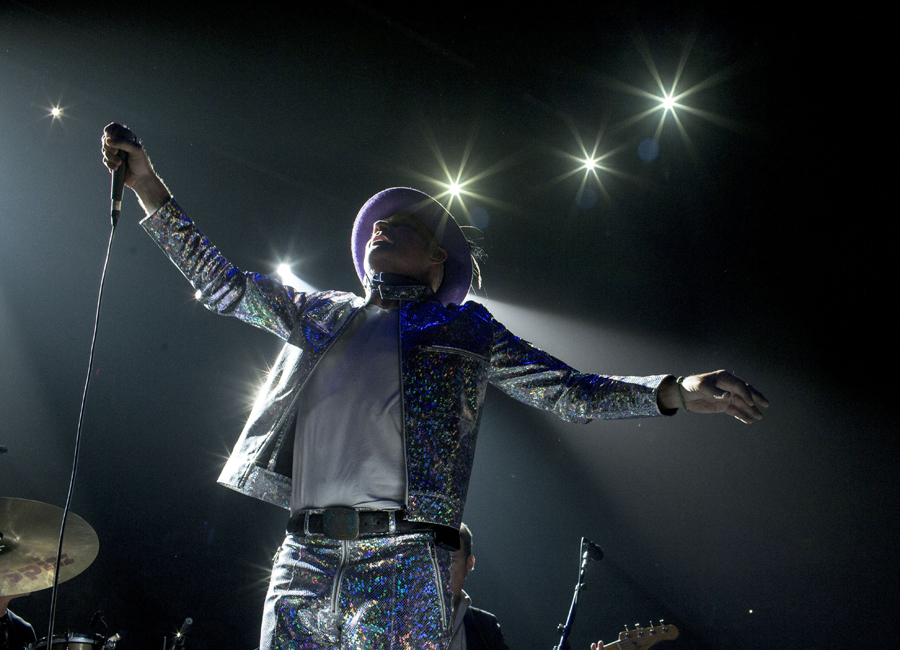 With Oct. 17 marking the one year anniversary of Tragically Hip frontman Gord Downie’s passing from brain cancer, Canadians can’t help but reflect on the artist, singer, songwriter and poet who unified this nation through music. And from coast to coast to coast, a variety of tributes honour the man, his music and the courage he exemplified in his final years.

The Tragically Hip began the day with a tweet that read, “We’re missing Gord today and all days, we love you brother. Sincerely, The Hip.” Meanwhile, Tragically Hip tribute bands — with names like Artificially Hip, Fabulously Hip, the Fabulously Rich, Practically Hip, Way 2 Hip and the 100th Meridian — will take to stages across the country for concerts in memory of the late singer as Burlington’s Performing Arts Centre hosts an evening of music dedicated to Downie’s work in bringing awareness to issues related to Canada’s Indigenous communities. And the Dartmouth, N.S. based New Scotland Brewing Co. is celebrating the Hip by playing the band’s final concert on a big screen at their brewery.

Downie’s doctor, James R. Perry, MD, penned a moving tribute in the Globe and Mail, revealing what it was like to go on the road with him during the Hip’s final tour in 2016, concluding that, “Gord was astoundingly courageous to allow his cancer story to be shared. He generated awareness and raised millions of dollars for research. Just as importantly, he gave other patients a new type of hope by casting away the indignity of the disease and focusing upon what you can do, not upon what you cannot.”

At the same time, an article in Forbes highlighting Downie’s sense of purpose offers a lesson for us all, noting that, “Downie did not wait for things to happen; he pushed himself to learn, to develop, to create. He did not wait to die; instead, he willed himself to live each day to its fullest even in his darkest hour. It is a story of purpose. It is a reminder to me and hopefully you not to take things for granted, but to always remember it is up to each of us to define, develop and decide our purpose.”

As well, in the week leading up to the anniversary of Downie’s passing, Halifax became the first Canadian city to open a Gord Downie and Chanie Wenjack Fund Legacy Space – a space, “dedicated to providing information regarding Indigenous history, and about the journey of reconciliation … meant to be safe and welcoming, and a place where people can ask questions without judgment,” according to Global News – in their city hall. CBC, meanwhile, debuted the documentary Finding the Secret Path, featuring never-before-seen footage and interviews focussed on the last year of Downie’s life as he brought awareness to Canada’s history of residential schools and treatment of Indigenous communities through his Secret Path project.

Of course, many are also pointing to the significance of Canada’s official legalization of marijuana coming on the one-year anniversary of Downie’s passing – an unofficial tribute, perhaps, to a man who championed pot for most of his life and who, with his band mates, partnered with medical marijuana producer Newstrike.

And as for the Downie family itself, Gord’s brother Patrick told The Canadian Press that he and his family and some close friends plan to enjoy a quiet gathering in honour of late singer.

“Nothing really formal planned. Probably share some stories, play some music, sing some music … It’ll probably be a bit of a quiet, reflective day,” he said. “This was a very trying, challenging time for our family – this time last year and the weeks that followed. So I guess just a chance for us to be together and feel each other’s support and be bolstered by that. It’s been a long, hard year, a very sorrowful year where a lot of good things have happened. We’ve heard from a lot of people that feel very moved by Gord and miss his presence in the world of music and art. So we’ll gather. And I think there’s a lot of things happening all across the country in his memory, and we’ll try to do our little part.”