A Dog’s Life: The Queen’s Corgi Is Headed For the Big Screen 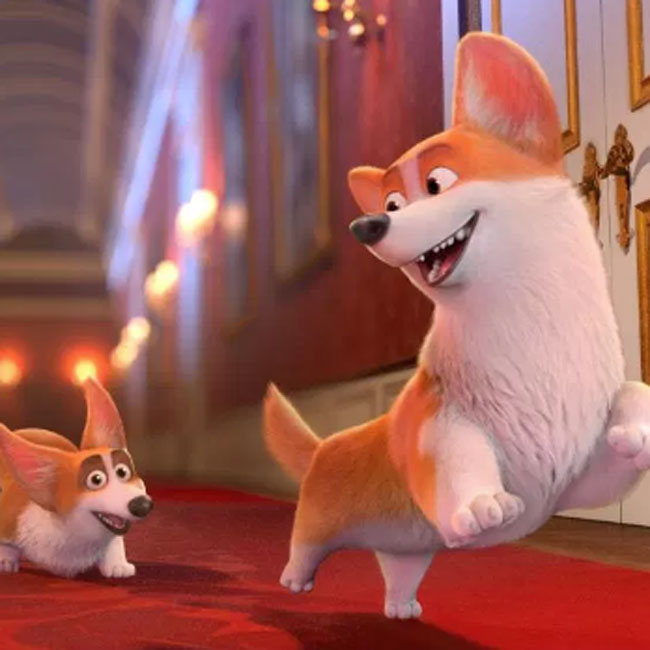 Audiences are cordially invited to spend a little quality time with Queen Elizabeth and her loveable pup in the upcoming family-friendly animated flick, The Queen’s Corgi.

You don’t have to follow every minute detail of the 92-year-old British monarch’s life to know that Liz loves this particular breed of dog — so much so, that when her last surviving corgi died earlier this year, royal watchers expressed their condolences online.

There are official portraits, statues and commemorative coins that feature Her Majesty’s beloved pups. The Buckingham Palace gift shop even offers a variety of corgi-themed goods, from stuffed animals to tea cups.

So, kudos to Lionsgate for jumping on the House of Windsor’s growing popularity with a new generation of fans by dropping the trailer for The Queen’s Corgi right around the time younger royal watchers are expressing a keen interest in the likes of William, Kate, Harry and Meghan.

The film chronicles the madcap adventures of Rex, the Queen’s newest corgi pup, who apparently has full run of Buckingham Palace — drawing Her Majesty’s attention away from the older corgi crew. The film, directed by Ben Stassen and Vincent Kesteloot looks absolutely adorable. I especially loved the clip when Rex climbs into bed with a visibly irritated Prince Philip.

Watch The Queen’s Corgi trailer below.

However, the Queen has never actually had a corgi named Rex. After she got her first corgi at the age of 18 — which she named Susan — she got more creative over the years, giving her beloved pups names like Monty, Foxy, Bushy, Vulcan, Candy and Bisto Oxo.

In 2016, Vanity Fair reported that the queen had decided to stop breeding her line of dogs as the Palace expressed concern that she may trip with a whole slew of new pups under her feet. Her beloved line of corgis officially came to an end in April when Willow, her last remaining dog — and 14th-generation descendent of Susan — died after a battle with cancer.

The Queen’s Corgi hits theatres in 2019.