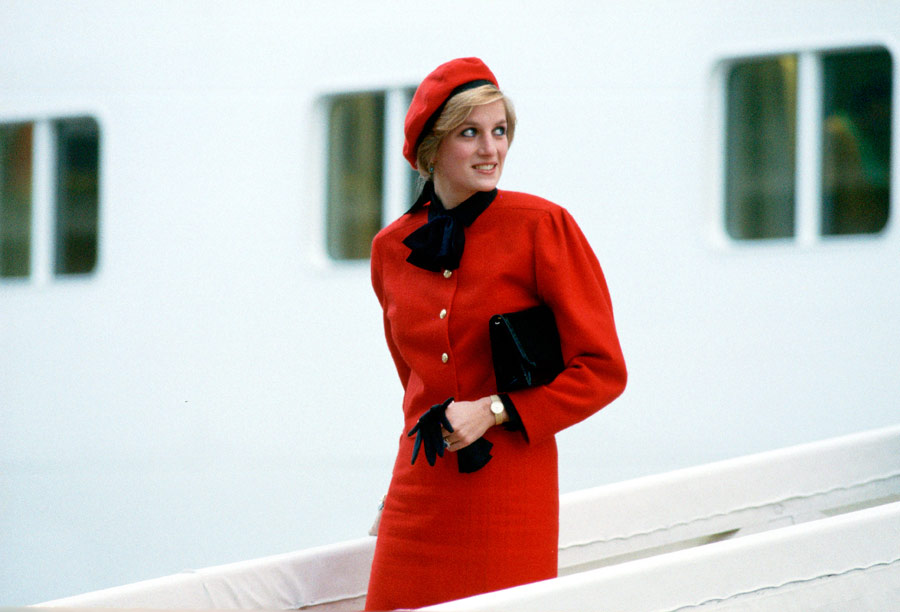 With Princes William and Harry in the public eye now more than ever — thanks, in large part, to the popularity of their wives — we can expect to see a lot more of the late Diana, Princess of Wales’ personal jewelry collection in public once again.

Hawk-eyed royal watchers have been keeping tabs on Diana’s jewelry since her untimely death in 1997. Nary a bauble, earring or bracelet has been worn in public by either of her sons’ wives without drawing considerable media attention.

Her engagement ring — a diamond and sapphire stunner — has been on Kate’s finger since William proposed to her in 2010. Meanwhile, Meghan has worn an aquamarine ring on several occasions — including her wedding day — that Diana wore in place of her engagement ring after the collapse of her marriage to Prince Charles in 1996.

Diana was originally  gifted the aquamarine square-cut piece by her friend Lucia Flecha de Lima, the wife of the former ambassador of Brazil to the U.K.

Lucia, who died last year at 76, “bought it to replace the engagement ring Diana no longer wanted to wear once her marriage ended,” journalist (and longtime Diana friend) Richard Kay writes in the Daily Mail. “The stone came from the same mine in de Lima’s native Brazil which has provided aquamarines for the Queen.”

Meghan first wore the ring in public on her wedding day as she and Harry headed to their reception at Frogmore House in Windsor later that night.

According to Kay, Meghan has brought the ring with her on the couple’s 16-day Royal Tour of Australia, Fiji, Tonga and New Zealand.

In his Daily Mail piece, Kay also divulged that Diana would talk about her sons with de Lima all the time — especially Harry. Diana, herself a bit of an outsider with a rebellious streak, paid careful attention to her youngest, constantly worrying that the attention lavished upon William as heir to the throne would overshadow Harry. Kay writes that Diana once told him, “Charles and I worked so hard to ensure both boys receive equal amounts of our time and love, but others in the family seem to concentrate on William.”

And so it was that William and Harry inherited equal amounts of their mum’s jewelry collection when she died — just as she would have wanted — although precious few pieces have been seen in public since 1997. Marriage, however, has changed that somewhat, and royal watchers predict the public will be seeing a lot more of Diana’s pieces in the years to come.

It’s the perfect way, really, to conjure Diana’s memory into the everyday events that keep her beloved sons — and their philanthropic wives — busy. No doubt, Diana would have been thrilled.