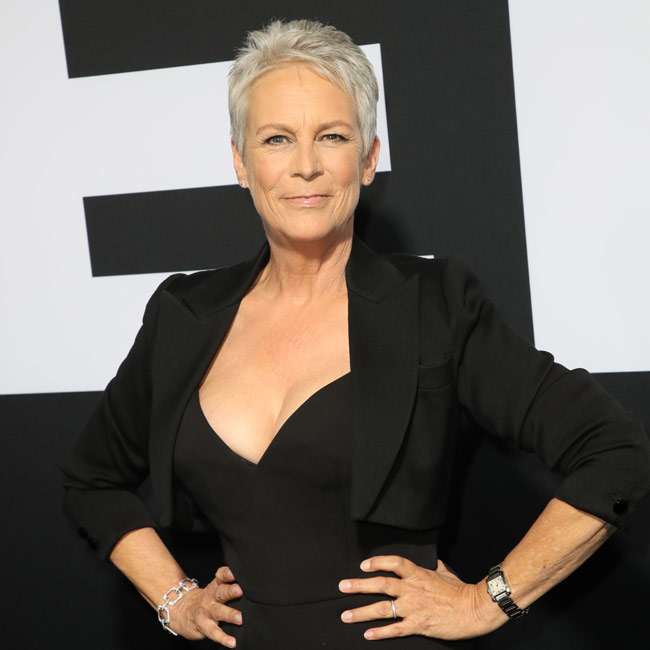 It’s no small thing that Jamie Lee Curtis set two box office records for women on the weekend, after returning, 40 years later, to the role of Laurie Strode in the sequel to Halloween.

Curtis, who turns 60 in November, allowed herself “one BOAST post” on Twitter (which got a quick response from Dwayne “The Rock” Johnson to his fellow action colleague — “Wow!! … Raising the bar!!”).

As you can imagine, “top female lead over 55” is a pretty narrow category. A study by the University of Southern California’s Annenberg School for Communication and Journalism, titled “Inequality in 1,100 Popular Films,” noted that in 2017, “thirty movies featured a male 45 years of age or older at the time of theatrical release, whereas only 5 films depicted a female in the same age bracket.”

But if Curtis is going for the title of Queen of the Over-55s, she must topple a champion named Meryl Streep first. At 59, Streep starred in 2008’s ABBA-themed musical Mamma Mia!, which grossed $609 million worldwide — a pretty high bar for Halloween to ultimately reach. This year’s sequel, Mamma Mia! Here We Go Again, has taken in $319 million so far.

In fact, Streep pretty much has the “top female lead over 55” title to herself, the way Wayne Gretzky once held the NHL scoring lead. Besides those two films, there’s The Devil Wears Prada ($326 million), The Post ($174 million), Julie & Julia ($129 million) and The Iron Lady ($114 million).

Which means that, as much as we think of her as an awards monster (she’s been nominated for an Oscar 21 times), Streep has also made an awful lot of money for movie studios. Those six films alone grossed almost $1.7 billion, which pretty much gives you your choice of likely-to-be-Oscar-nominated movie scripts.

But the flipside is, if you take away the Streep numbers, the female-lead-over-55 field gets thin fast.

Now 73, Helen Mirren could be considered Streep’s runner-up having starred or co-starred in three movies with nine figure box office. There was The Queen, of course, which took in $123 million, and earned her an invite to dinner with the actual Queen (which Mirren turned down, scandalizing the royal staff, because it would interfere with her filming National Treasure: Book of Secrets with Nicolas Cage). And then there were her action-crime-comedy films with Bruce Willis, Red and Red 2 ($199 million and $148 million, respectively).

Dame Judi Dench, at 83, has starred in two movies with nine-figure box office — The Best Exotic Marigold Hotel ($136 million) and Philomena ($100 million).
In the past, there was 1989’s Driving Miss Daisy with Jessica Tandy ($145 million), and Katharine Hepburn in 1981’s On Golden Pond ($119 million). To be fair to those last two movies, those are ‘80s dollars, not adjusted for inflation, from a time when the international box office was not a factor.

Of course, it’s a lot to ask that actresses over age 55 carry a movie to major box office, when a lot of them are happy if they can simply get work — especially in an era when superheroes monopolize most of our multiplexes. Okay, the character of Wonder Woman is more than 100 years old, but that doesn’t count (she doesn’t look a day over 33, which is Gal Gadot’s actual age).

She may never dethrone Meryl, but what Jamie Lee Curtis did last weekend was remarkable, especially when you consider that returning to the role called for her to play as big a badass as the movie’s actual monster, Michael Myers.
And it’s at least something to hang onto for “name” actresses who are either in or near their 50s, including Jennifer Aniston (who’ll turn 50 in February), Nicole Kidman, 51, Salma Hayek, 52, Angela Bassett, 54, Madonna, 54, Kim Cattrall, 56, Julia Roberts, 51 and Jodie Foster, 56.

Our male action stars are aging, the Stallones, Cruises, Willises and Schwarzeneggers, and still getting work. A few more box office wins, and just maybe, actresses of a certain age not named Streep, Mirren or Dench, will be allowed to continue to do what they do best.