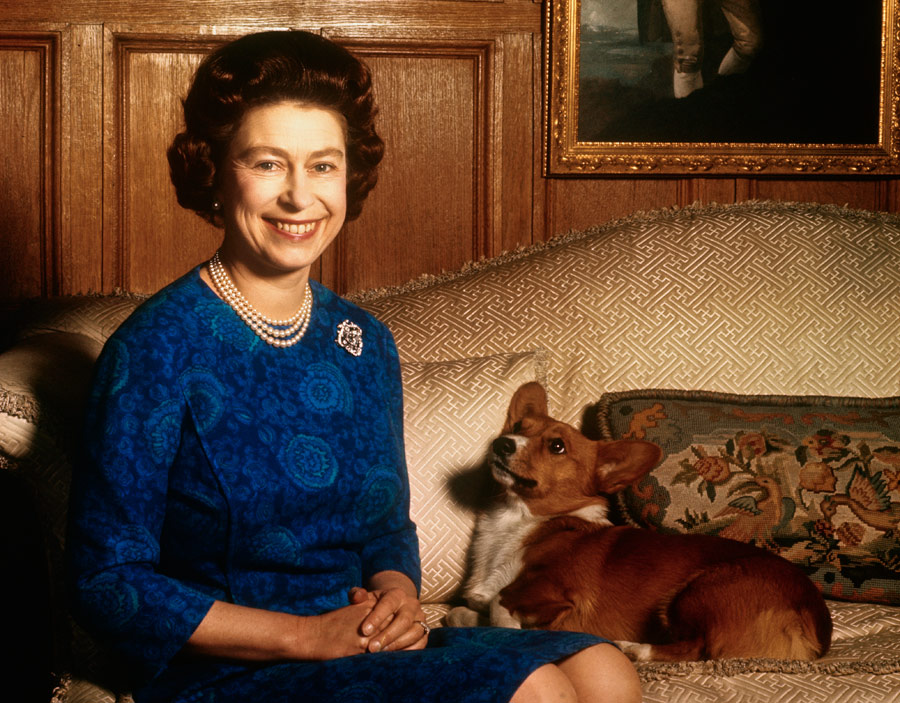 Queen Elizabeth poses with one of her beloved corgis. Photo: Bettmann/Contributor via Getty Images.

Queen Elizabeth bid a sad farewell to yet another of her beloved four-legged companions this week.

Her last surviving corgi, 12-year-old Whisper, has died at Windsor Castle. Whisper had been the last of her famous corgis, following the death of Willow in April, shortly before Her Majesty’s birthday. (Willow had been the last in a line that directly descended from her original corgi, Susan.)

The 92-year-old monarch had adopted Whisper in 2016 from Bill Fenwick, a former gamekeeper at Sandringham, who had passed away. Fenwick’s late wife, Nancy, even used to take care of the pups whenever the Queen travelled.

Although the Queen still has two dorgis — a cross between a corgi and a dachshund — the loss of Whisper will no doubt hit Her Majesty hard.

According to Richard Kay, Daily Mail journalist and friend of the Royal Family, the Queen had “become very attached to the dog. Whisper was a friendly chap.” In effect, the pups death has brought an 85-year tradition to an end. Her Majesty has owned more than 30 corgis in her lifetime.

In fact, the dogs have become almost synonymous with the monarch, and her furry friends have frequently been pictured with her on the grounds of Buckingham Palace and Windsor Castle. Little stuffed corgis are even available for purchase in the palace shops.

Her first corgi, Susan, was so beloved that she accompanied Her Majesty and the Duke of Edinburgh on their honeymoon!

The Queen’s passion for all things corgi began on her 18th birthday, when the then-princess was gifted Susan, kicking off a lifelong preference for the breed — although it was her father, King George VI, that first introduced her to the wee pups with his own corgi, Dookie, in 1933.

Her Majesty has recently voiced her decision not to adopt or breed any more dogs — in large part because she fears tripping over one of her pets and also doesn’t want to leave any young pooches behind in the event of her own passing.

Despite the loss, we can’t help but wonder if the Queen will watch the upcoming family-friendly animated feature, The Queen’s Corgi, when it hits theatres in 2019. The film chronicles the madcap adventures of Rex, who apparently has full run of Buckingham Palace — drawing Her Majesty’s attention away from the older corgi crew. Keep an eye out for the scene when Rex climbs into bed with a visibly irritated Prince Philip. Watch the trailer here.