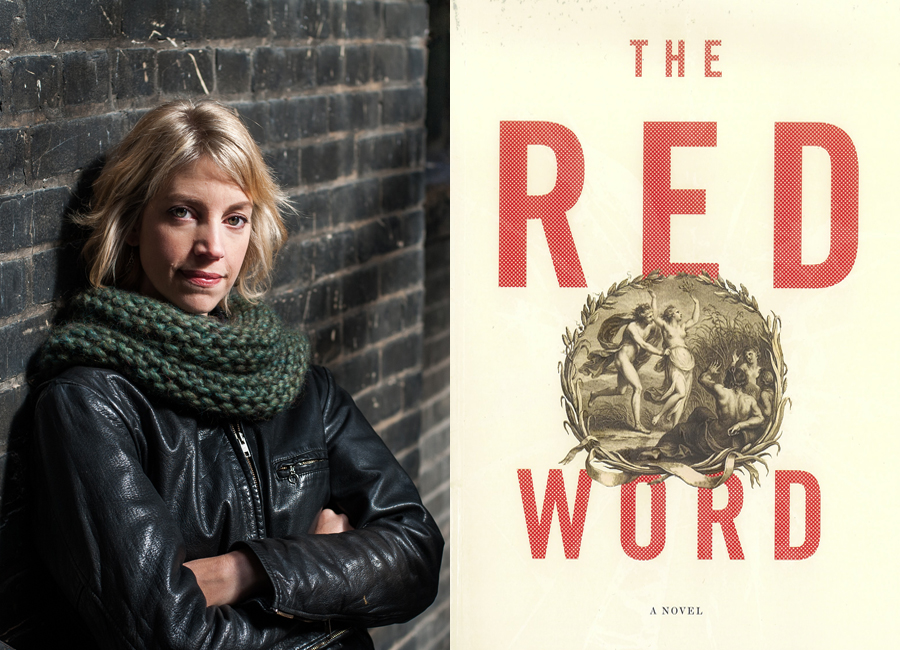 Photos courtesy the Canada Council for the Arts

The Canada Council for the Arts announced the 2018 Governor General’s Literary Awards winners this morning, with The Red Word, by Toronto writer and academic Sarah Henstra, emerging as the top fiction winner.

The novel, described as a “take-no-prisoners look at rape culture” on college campuses, wowed the award judges, which called it “an astonishing evisceration of the clichés of sexual politics as they exist not only on our college campuses, but also within broader present-day society” and, quite frankly, “an utterly effing good read.” The Red Word is Henstra’s first adult novel.

Established in 1936, the Governor General’s Literary Awards stands as one of Canada’s oldest literary honours as well as one of its most coveted, bringing with it a total of $450,000 in prize money to the authors of the winning books, their publishers and fellow finalists. The Canada Council for the Arts notes that seven English and seven French winners in each category receive $25,000 and “are chosen by category-specific, language-based peer assessment committees.” The winners receive their awards from Her Excellency the Right Honourable Julie Payette, Governor General of Canada in a ceremony at Rideau Hall on November 28. GG Peer Assessment: “Ground-breaking and provocative, this is an astonishing evisceration of the clichés of sexual politics as they exist not only on our college campuses, but also within broader present-day society. Alternately heartbreaking, funny, and critical, no one gets off easily. The Red Word plumbs the depths of literature, mythology, history, philosophy, and a host of contemporary issues—an utterly effing good read.” GG Peer Assessment: “In this hypnotic suite of long poems, Cecily Nicholson makes room, offering glimpses and echoes of the Canadian landscape as she explores ideas of borders, identity, industry and travel. She offers a catalogue of impressions, a collage of the ephemeral, held together by image and the pulsing phrase that stays with you long after the journey is over.” DRAMA: Botticelli in the Fire & Sunday in Sodom, by Jordan Tannahill

GG Peer Assessment: “Jordan Tannahill’s two-play volume explores the fragility of social consensus in a world made uneasy by the forces of social division. Both plays are poetic, irreverent and funny, offering the pleasure of entertainment while displaying masterful literary ability. Tannahill possesses a powerful artistic voice that reflects where we come from, who we are and who we may become.” GG Peer Assessment: “Mamaskatch: A Cree Coming of Age dares to immerse readers in provocative contemporary issues including gender fluidity, familial violence, and transcultural hybridity. A fast-moving, intimate memoir of dreams and nightmares—lyrical and gritty, raw and vulnerable, told without pity, but with phoenix-like strength.” YOUNG PEOPLE’S LITERATURE – TEXT: Sweep: The Story of a Girl and Her Monster, By Jonathan Auxier

GG Peer Assessment: “A tender story of what makes us human, Sweep doesn’t shy away from the risks of love and monstrousness of indifference. With an impeccable narrative, Sweep shows how love can breathe life into darkness and how hope can spark change. Auxier weaves a multi-layered masterpiece with endearing characters and gut-wrenching twists that are certain to instil readers with a sense of wonder and discovery for the miracle of storytelling” GG Peer Assessment: “They Say Blue is a wonderful blend of words and art, a sweeping, joyous book from cover to cover. Its lively and dynamic compositions are sure to captivate both children and those who love to read to children. Wonderfully uplifting and imaginative, it spans an entire range of emotions and colours and makes one’s heart sing.” GG Peer Assessment: “Descent into Night, translated by Phyllis Aronoff and Howard Scott, is a beautifully assured rendering of a text offering many translation challenges. The translators agilely follow the text as it shifts between an ailing Quebec writer’s regrets about his life, and his long-ago involvement in a failed West African revolution, which haunts him into the present. This translation skillfully captures the lyricism of the French text.” GG Peer Assessment: “In this unique story dedicated to mothers, the narrator creates an avatar in an attempt to cope with her pain. Karoline Georges skilfully weaves the real and the virtual in with the complexity of family, while describing solitude and the representation of the body with astonishing insight. With its intelligent and efficient prose, De synthèse transcends all genres.” GG Peer Assessment: “Entering these pages means wandering into the maze of human density, both philosophical and physical, hanging onto reality by a thread of little details. It is vulnerability explored—and tamed. Calm, yet enchanting, this requiem reveals the potential expanse of silence and disappearance. Michaël Trahan has penned a complete poetic experience.” GG Peer Assessment: “Venir au monde—a striking depiction of everyday life tinged with the fantastic within an impressively efficient structure—paints a subtle and intelligent portrait of society. Its poetically laced and regionally anchored language lauds the courage of women in a way that moves and compels us. We were deeply touched by the strong and endearing characters, as well as their stories bursting with truth.” GG Peer Assessment: “Deeply personal writing, original ideas, issues in civilization. Frédérick Lavoie’s work of non-fiction readily handles the tension between these three aspects to delve into the mechanisms of Cuban totalitarianism. Using the new Cuban edition of George Orwell’s 1984 as a pretext and connecting theme, Lavoie deftly shows how the work is still significant and relevant by exploring the everyday life of a population living in a time of censorship.” GG Peer Assessment: “A true masterpiece: the story of Ferdinand F., an old man forgotten by society, surviving more than living. Mario Brassard’s deeply moving novel, written in poetic prose and with astounding humour, explores loneliness, but also the friendship that can come into our lives when we least expect it.” GG Peer Assessment: “A book that focuses on what matters. The interwoven text and illustrations perfectly express how important it is to pass on knowledge and find happiness not only in the big things but in the small ones too. A universal story that will resonate with everyone.” GG Peer Assessment: “This superb translation re-asserts the significance of Richler’s insolent and brilliant text. The duo’s linguistic originality admirably captures the work’s lively pace, irreverent humour, and tone that constantly vacillates between dark and light, parody and tragedy. A colossal work that fully lives up to the inherent complexity of a great novel.”