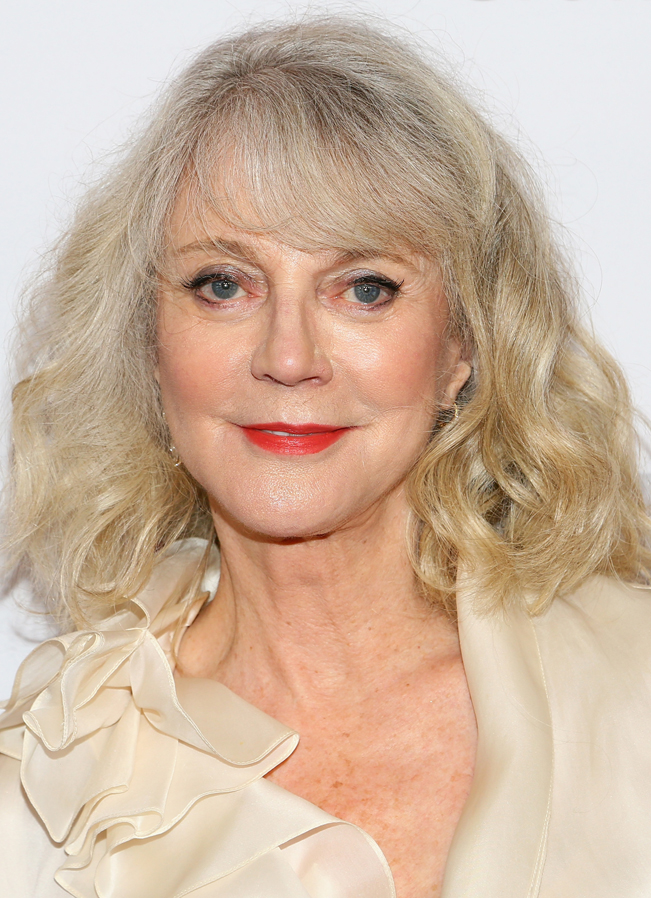 Blythe Danner’s enjoyed a steady balance in her 50-year career, juggling stage, screen and television roles that earned her two Emmy Awards, a Tony Award and notoriety in hit films from The Great Santini and Prince of Tides to the Meet the Fockers franchise. She’s also kept audiences laughing as Will’s mom Marilyn Truman on the hit sitcom Will & Grace (both the original series and the reboot) and earned both Emmy and Golden Globe nominations for her work in the 2004 made-for-TV Hallmark film Back When We Were Grownups. And, of course, she’s earned a degree of notoriety for the fact that she is indeed actress Gwyneth Paltrow’s mother.

But none of that matters in What They Had, a drama that made its international premiere during a gala presentation at this year’s Toronto International Film Festival. Danner takes on a rare leading role in the film as a matriarch battling Alzheimer’s disease whose combative family – including Hilary Swank and Michael Channon as her kids and Robert Forster as her husband – can’t agree on how to best care for her. Zoomer recently spoke with Danner.

MIKE CRISOLAGO: What drew you to the role in What They Had?

BLYTHE DANNER: What drew me to the project was not only the script, which I loved, and the superlative cast [writer/director] Elizabeth [Chomko] had assembled, but Elizabeth herself. This was the first script she’d written but there was nothing novice in her approach to filmmaking. She had everything so well planned but also wanted our input and gave us a lot of freedom. She is a delightful, loving woman with great sensitivity, which is something I always hope and pray for in a director and is not always easy to find. She adores her grandmother and her insight into Alzheimer’s was such help and a real education for me. I was the last to come aboard the cast and I had little time to prepare so Elizabeth was my touchstone. She led me every step of the way.

MC: Why are films like What They Had, which explore these struggles faced by people in their senior years, important today?

BD: Films like What They Had are important because of the sheer numbers of baby boomers there are today. They make up nearly 20% of the population and it’s estimated that 76.4 million will be 65 or older in 2029. There are more and more senior care residences being built everyday in [the U.S.] and there need to be films that are relevant and fill a need for this aging group.

MC: In past interviews you’ve noted that theatre generally offers more substantial roles for women age 50-plus than film does. In looking at the types of films Hollywood makes for audiences in their 50s, 60s, 70s and so forth today, how has the quality of film roles available to actresses in that age demographic changed/evolved over the last number of years?

BD: The number and quality of films and roles for older women have absolutely grown over the last few years, filling the need mentioned above. I feel so grateful to be still working and am offered some of the best roles of my career lately. And I still play Will’s mom in Will & Grace, which I began in the [original series] 10 years ago. It’s very sad that Sydney Pollack and Debbie Reynolds are no longer with us. What great parents they were in our cast.

MC: At 75, you’re still working on stage and screen. What advice would you offer for staying healthy and active as we age?

BD: Don’t stop working under any circumstance! It’s what keeps one young and vital. I wouldn’t recommend that anyone retire. We older actors are particularly lucky as we work with young actors who just by the fact that they are young and more alert and aware, and keep us on our toes, which you must keep trying to touch, by the way. Every morning I try to stretch, walk a long way with heavy bags, but sadly can’t do the pushups Ruth Bader Ginsburg does. She inspires me, though, and I hope to get more serious about that!

MC: You’ve enjoyed a successful career on Broadway, television and in film, and you’ve also spent years advocating for environmental and health-related causes. What challenges, either personal or professional, do you still look forward to taking on and why?

BD: I will never tire of working with those groups and individuals who want to improve the environment. I got involved in the movement for the sake of my kids 45 years ago and now it’s of even more importance for my grandchildren in this era where Trump and his buddies are trying to do away with the hard fought for laws that we have been proud of maintaining and bettering for so long. I also hope to spend more time raising more awareness of oral cancer with oralcancerfoundation.org, as my husband succumbed to the disease more than 16 years ago.

What They Had is in theatres now.