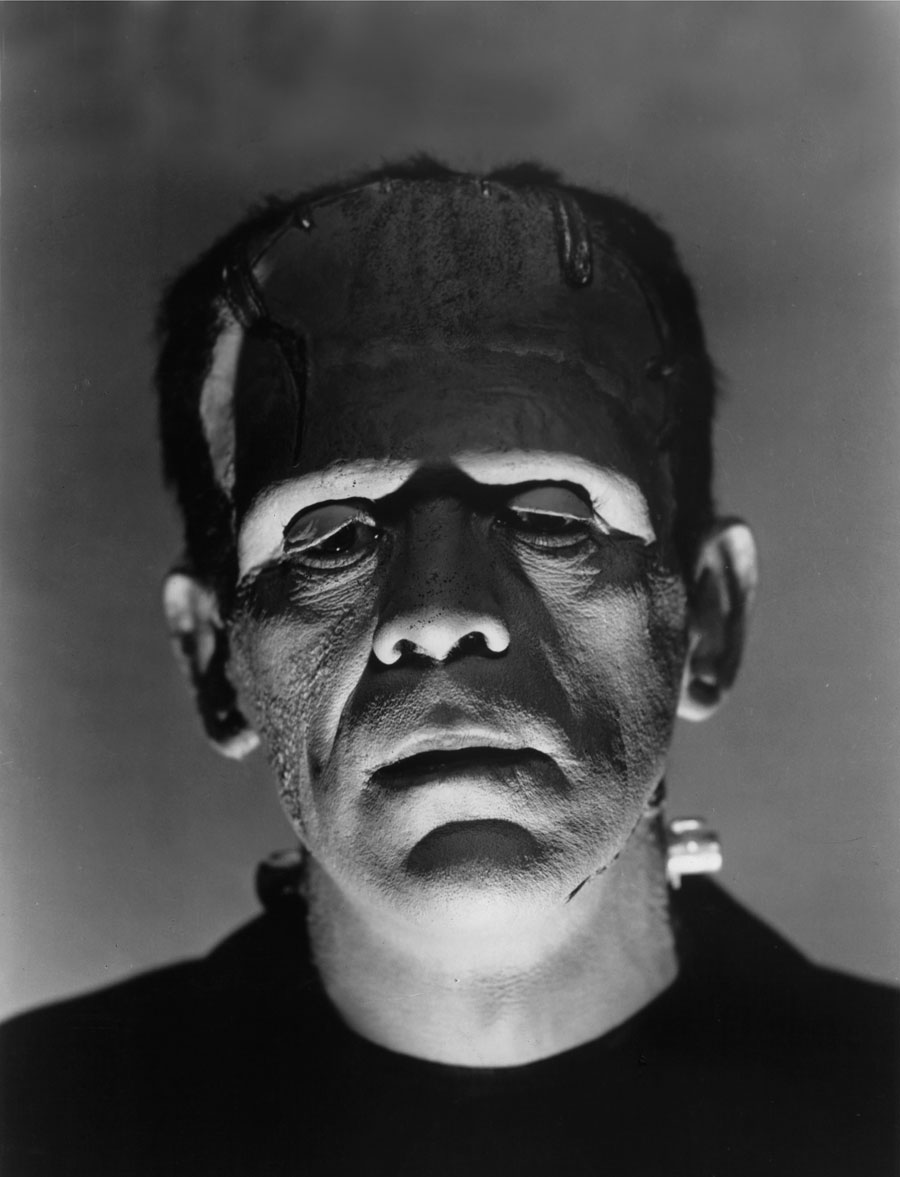 In these days of culturally-insensitive Halloween costumes, Frankenstein’s Monster should rank highly as a safe alternative — the population of socially-marginalized monsters made of random body parts being too small for anyone to take offence.

Sadly, the monster’s popularity seems, in fact, to be waning. On this, the 200th anniversary of the publication of Mary Shelley’s Frankenstein: The Modern Prometheus, the bolt-necked, green-skinned monster was on Google’s list last year of costumes that suffered the biggest drop in popularity from the previous Halloween (along with a Knight, Evil Queen and Snow White).

I kind of understand why Frankenstein (the monster, not the doctor) would be out of style with today’s youth (save for the ones whose parents let them eat Franken Berry cereal). Every generation has seemingly had its own iconic vampire, from Bela Lugosi to Christopher Lee to Robert Pattinson. But no version of the Monster has supplanted the flat-topped, 87-year-old image of Boris Karloff (later played in lookalike form by the likes of Lon Chaney Jr. and Glenn Strange in Universal’s series of horror films).

Christopher Lee started his horror career in 1957’s gory The Curse of Frankenstein, playing — for legal reasons — a version of the Monster that looked like a punk rocker who’d been in a nasty fight. But he soon found his calling as Dracula, and left the new-look Frankenstein behind (though Hammer Films made sequels with other actors). For what it’s worth, Lee’s version (with Peter Cushing as Dr. Frankenstein), is reportedly the favourite of both Martin Scorsese and Tim Burton.

All of which is a shame, because the work of a then-19-year-old Mary Shelley (nee Godwin) made her arguably the most influential female author in history. The novel changed the way we think about death (ie. made credible the idea that we could cheat it), introduced the idea of scientific research as “playing God,” changed the way we talk (“Franken” as a suffix, as in Frankenfoods and Frankenfish — and, in my case after three repair surgeries, Frankenknees). This year, Guillermo del Toro thanked Mary Shelley in his British Academy of Film and Television Awards speech for The Shape of Water.

All this from a teen who attended a rainy 1816 party weekend invite with her fiancé Percy Shelley at Lord Byron’s Villa Diodati near Lake Geneva. Byron challenged the absinthe-fueled guests to each come up with a horror story. (His own Fragment of a Novel was about a vampire, which his personal physician and fellow guest John Polidori eventually expanded into the novel The Vampyre, the template for our modern conception of the romantic bloodsucker and inspiration for Bram Stoker’s Dracula).

That weekend has itself been immortalized in film, most notably in Ken Russell’s trippy Gothic and most recently in the movie Mary Shelley, starring Elle Fanning, that screened at TIFF in 2017 and was released this year.

A well-read young woman, Mary was aware of the experiments of Luigi Galvani 30 years earlier, who discovered that the legs of deceased frogs could be made to twitch with a jolt of electricity. It introduced the concept of bio-electricity to the world, and, to the imaginative, offered up the idea that electricity could ignite life itself. Her story, said to have been envisioned in a dream, is often referred to as the first work of science fiction.

It’s interesting that she gave voice to both the monster’s creator, Victor Frankenstein, and the creature itself, who narrates his own adventures. For whatever reason, pop culture generally reduced him to a producer of guttural noises and a few words (“Fire bad!”). His low moan of a voice provided plenty of fodder for Mel Brooks, whose Young Frankenstein should be considered among the top Frankenstein films ever made (and Brooks’ best comedy, in my opinion). If nothing else, I can never hear “Puttin’ On The Ritz” the same way again, after the musical dance number between the good doctor (Gene Wilder) and his temporarily tamed creation (Peter Boyle).

Contemporary times have seen Robert DeNiro have a go at playing a more articulate monster (in Kenneth Branagh’s 1994 misfire, Mary Shelley’s Frankenstein). There’s even been an excellent British TV series The Frankenstein Chronicles, which takes place after the events in the book and barely acknowledges the Monster. Daniel Radcliffe played Igor to James McAvoy’s Dr. Frankenstein in 2015’s Victor Frankenstein. And Aaron Eckhart played a decidedly articulate version of the creature, now named Adam, in 2014’s I, Frankenstein.

It may be time to wire up Shelley’s Monster again and revitalize him, with a younger actor who can carry his legacy on to the next generation. I nominate Adam Driver. His status as a Star Wars Sith Lord already gives him the gloomy gravitas the cursed creature demands. And I bet he could moan with the best of them.