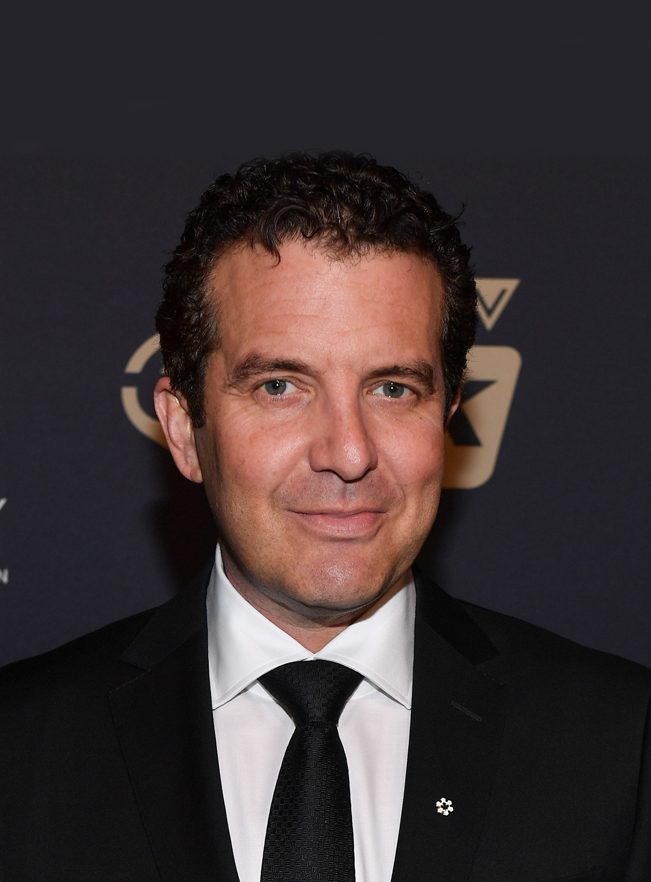 Rick Mercer is definitely not retired. Sure, he stepped away from his top-rated Canadian comedy show, The Rick Mercer Report, this past April after 15 seasons. If you think, however, that that means the 49-year-old is sitting at home twiddling his thumbs, think again.

“It is odd that people ask me how retirement is because I left a job before and no one asked me how retirement was. They just said, ‘What are you going to do next?” he quips during a recent sit down in Toronto. “Now they just assume I’m retired. But part of me likes that idea. I mean, wouldn’t it be great? But I’m not retired.”

In fact, Mercer’s used his newfound free time  to build a cabin and compile a new book, Rick Mercer Final Report, a collection of his most memorable rants — a RMR trademark — from the show’s run, covering everything from politics to elevator etiquette. “We would call certain rants evergreen, meaning that they could go anytime and that would be a perfect example, how Canadian’s don’t know how to get on and off elevators. And you know, that’s as relevant today as it was when it was written.” His TV show also allowed Mercer to travel across the country and rub shoulders with some of the nation’s most interesting and influential people, experiences he recounts in newly-penned reflections in the book. Looking back he recalls crossing the country with his production crew, hanging out with Jann Arden and the story of how he got legendary Canadian historian and author Pierre Berton to appear on camera to teach his viewers how to roll a joint.

Mercer spoke with Zoomer about his book, the state of political satire today and the one person he wishes he could have hung out with on his show.

MIKE CRISOLAGO: In the book you mention that you’ve had a passion for rants your whole life. Now that you’re no longer doing the Rick Mercer Report, do you experience rant withdrawal?

RICK MERCER: No because I can just rant at home or rant on the telephone with someone. The difference is the way a rant is created. I would essentially create six, seven pages of what I thought my personal reaction to a certain situation was and then I would distil it and try to successfully illustrate an idea or a concept and a point of view inside of a minute and twenty seconds. And I don’t have to do that anymore. Now I can just get you on the phone and go, “Can you believe blah, blah, blah, blah, blah.”

MC: When going back through your old rants for the book did you gain any new perspectives on any of the issues you covered?

RM: My perspective always changes. I think one of the problems with politics today and ideology is people just become so locked in. Like, they have their team, they’re just locked in, they don’t care that their opinions don’t change. And that’s a really bad thing. I’m proud of the fact that my opinions change over the years. I just think that that’s a natural thing to have occur.

MC: So when people get locked in, as you said, and politics becomes so personal, where does political satire fit in?

RM: I’m loath to weigh in on that subject because my instinct is telling me the problem is, more than ever, people are preaching to the choir. And that’s not because the satirist want to do that or the writers want to do that, it’s just the function of the times. People, if they have a certain point of view, they pick what entertainment they’re going to watch and everything will just reflect their world view. There was a time when everyone watched Walter Cronkite, so if Walter Cronkite said something people would go, “Oh, Walter thinks this.” Now that doesn’t happen. I think that Donald Trump is taking all of the oxygen out of the room, but I would be surprised if there are many Trump voters that are watching Saturday Night Live. I just don’t think they are, which, once upon a time, everyone of a certain generation watched. Now, maybe I’m wrong and I don’t want that to come out as a criticism of those shows because I think they’re doing phenomenal work under very difficult circumstances, because how do you respond to something like Donald Trump when 24 hours after you’ve responded to a huge story there’s another huge story and then there’s another one?

MC: Absolutely. I think of it in terms of how you, for example, did a sketch where you were in bed at 24 Sussex Dr. and then-Prime Minister Stephen Harper read you a bedtime story. And it’s hilarious. But if you did the same thing with Donald Trump today people would see that as an endorsement of Trump and his policies, as opposed to a non-partisan piece of sketch comedy.

RM: That’s almost a valid criticism because one of the ways in which I changed was I stopped having politicians on the show. I always believed it was a mutually parasitic relationship – we both benefited – but then at a certain point I thought, you know what, they’re benefiting a bit more, or a bit too much, and that’s not my job. My job is not to do PR for these people … There were always exceptions, but once upon a time it was my bread and butter and then it became the exception rather than the rule.

MC: Along with the rants, your new book contains a number of longer pieces you wrote reflecting on various elements of The Rick Mercer Report. Why was it important for you to reflect on those moments or experiences or guests?

RM: Anyone in show business, if they start telling stories, they never tell stories about, “Oh, I did this show, the audience was great and everything worked so well, and it was just a fantastic night.” They tell the story like, “I showed up, the audience was English as a second language, the light cue didn’t happen, the audio guy was drunk…” They tell a horror story. And we all enjoy that. And so the same goes for me. I can talk about one of the great shoots with Rick Hansen where I met this tremendous human being and he did this great shoot and beautiful British Columbia and everything went off without a hitch. That’s a great story. But I could also say, “Well, I was going to take Jan Arden in a helicopter into a bat cave and I promised her it would be okay and then the helicopter essentially crashed and the segment never made it to air because it was never shot.” And those are the stories you tell.

MC: Looking back, what are some of the things you did on the show that you just can’t believe you got to experience?

RM: I’ve been really, really lucky. There have just been certain opportunities, like zero gravity. I wanted to experience zero gravity ever since grade six [when] we watched this film of astronauts in zero gravity and I was like, “That’s the most exciting thing ever.” And so I got to do it. My brother is a commercial airline pilot and when we were growing up he loved the Snowbirds and he became a pilot. I didn’t care about the Snowbirds and then one of the first shoots on the show I got to call him up and say, “Guess what I’m doing today. I’m flying with the Snowbirds!” He’s like, “You don’t deserve to fly with the Snowbirds! You made fun of them!” I’ve done it all.

MC: Which begs the question, is there anything that you wanted to do but haven’t had a chance to yet?

RM: I never got to hang out with Neil Young. I always thought that would be fun. I don’t know if would make for good television but I always thought, yeah, I’d try to get something out of it. I’m not an adrenalin junkie; I’ve never been one of those people so there’s nothing like that … I want to do it all again is what I want to do. Like I want to make sure that I get above the tree line again and I want to explore Haida Gwaii. There’s so many places in the country I want to explore, but properly this time because even though I got to see a lot of the country I also got to see the Coles Notes of many of these places. I’ve been (places) but sometimes it was for 24 hours so that’s not really exploring it.

MC: In one of your last rants you implored Canadians to go out and see their own country. What have been some of your favourite places to travel in Canada?

RM: Well there’s so many. I would tell anyone if they ever had the chance to stand above the tree line, they should do it. It’s a tricky trip but the culture shock you can experience in your own country is as great as the culture shock you experience going anywhere else in the world. And it’s just stunning and it’s beautiful and it’s your own country and it’s so rarely reflected in pop culture that most of know absolutely nothing about it. And so that’s an exciting trip always. Obviously I will tell everyone to go to Newfoundland because I’m from there. But we’re so lucky. The more I travel the more the landscape spoke to me and I realized how lucky I am. It’s a very difficult country to travel in because it’s expensive and we’re so big but, yeah, if anyone can, even a couple of hundred kilometers down the road can make a world of difference.