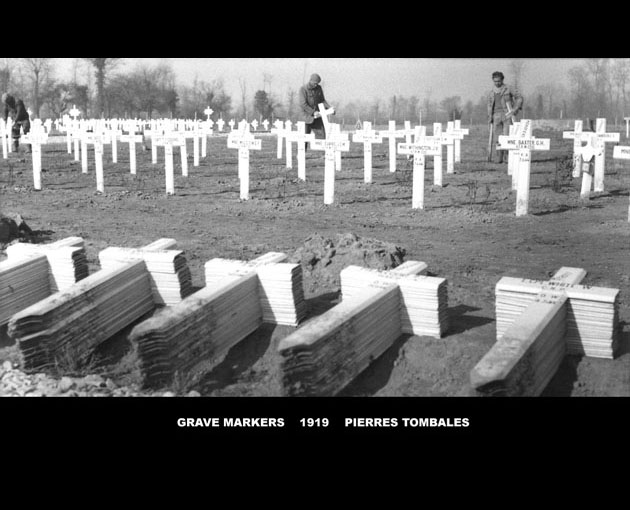 In honour of Remembrance Day and the centenary for the First World War Armistice, we spoke with Canadian actor and playwright R.H. Thomson about his five-year project, The World Remembers.

From Road to Avonlea and Netflix’s Anne with an E to marking the centenary of the First World War, R.H. Thomson is one of Canada’s busiest citizens.

With a celebrated career on stage and screen under his belt, the 71-year-old actor and playwright is now currently in the midst of tackling his most challenging role to date: messenger for the millions of voices silenced by the First World War.

The idea for his memorial project, The World Remembers, sprung from a treasure trove of old letters preserved by his great-aunt, and honours the fallen soldiers from more than a dozen nations across the globe. Since its inception in 2014, the names of those killed in the Great War have been projected in lights at participating museums, schools, libraries, community centres and government buildings around the world.

The multi-year international effort, which carries through the five centenary years and concludes this Nov. 11th, commemorates the soldiers, nurses and other military personnel killed in the war. In 2018 alone, 1,003,167 names of those who lost their lives will have their moment in the spotlight. Approximately 23,700 of those names belong to Canadians.

This year, it will take more than 12 hours a night over a stretch of 61 nights (between Sept. 11th and Nov. 11th) to project the 1,003,167 names of those who perished in 1918 from 16 participating nations, underlining the overwhelming loss of life in the “War to End All Wars.”

The final name to appear in the early morning of Nov. 11th will be that of George L. Price, the Canadian who was killed just two minutes before the Armistice was declared at 11 a.m. Nov. 11th, 1918.

We recently chatted with R.H. Thomson about his five-year project, The World Remembers.

What was it that first inspired you to do this project?
“From people telling me stories about their families. I did a play [in 2002] called The Lost Boys that I wrote based on the 700 letters that my great-aunt had collected from her five brothers who had fought in the First World War. We all read them [as kids], [but] it was hard to see the excitement of war. When I got older, I realized that these five guys from Bradford, Ont. wouldn’t be writing wildly dramatic stuff [in their letters home] because they were writing to their mother. So I created a play based on those letters. I staged it in Winnipeg, Ottawa and Toronto. Many people would come backstage to the dressing room to talk about the show, and almost every person almost always launched into a story about their own families. I didn’t ask for these stories, but I sat there and listened to this outpouring of personal stories night-after-night. I realized these kinds of stories were embedded in every family. We don’t really talk about them, but they need to be heard. War is about the individual: they fought it, they paid for it, they were killed in it, and they are who we should remember. We tend to shrink history down to a few main figures, for obvious reasons — it’s an immense history. But everyone else is on the margin. The power is in those personal stories.”

How difficult was it to get a project of this scale off the ground?
“It was a skyscraper of headaches. (laughs) I thought I had little chance of success in inviting other countries into this project. Each country had to be invited and had to choose to participate. In 2011, I thought ‘OK, I will pitch the idea and see whether this is a non-starter.’ I had to start with France, Britain and Germany because no other country would join if those three countries weren’t there. [People would say that] I didn’t have an international project if I didn’t have those big three. Luckily, I’d contacted Global Affairs and said I needed them to be beside me in the meetings. After two-and-a-half years of contacting the Czechs, the Bulgarians, the Romanians, etc., it almost didn’t come to pass. By the time I got Britain in by hook or by crook, I knew France would be there. And then Germany said, ‘Well, if everyone else will be there, then we’ll do it.’ The Germans won’t lead when you do history projects. They will say, ‘We will fall in line.’ This is all because of their history. But it took four years of my life [to organize].”

You’ve travelled across the globe to compile these stories and the names of the fallen. How did you research this?
“It was a different dance floor with each country. If you’re in Hungary you have to have an inkling of how their national war stories are played within the country. If you were in Serbia, it was very different. If you were in Russia, it was very different. We tend to think that the way we remember, in North America on Nov. 11th, is the way everyone does it. That’s actually the reverse of the truth. The way we do Nov. 11th is a very white western idea. Other countries don’t do it that way, so it became a long process [to figure it all out]. I sought advice while on the international trail. For example, the Serbs wanted to know that you at least understood part of their history. If they knew that you understood and appreciated some of what they’d gone through, then they’d see our respect for their culture. It became an immense cultural and historical learning curve.” You include names of fallen soldiers from non-Allied nations, as well, such as the Germans. What feedback have you received about that?
“It is part of the reason why we’re doing the project. It was to say, ‘It’s time.’ One hundred years afterward, it’s time. Everyone is dead — both those that fought it and their direct descendants who knew them. They’re gone. We can talk openly now without hurting the people who lived it. My first step was to talk to the military. If the military was unhappy with the idea, then I would not have taken a step further. But when I spoke to the Italian military, the Canadian military, the British military, the Australian military, etc., they totally understood the core of this project. They said, ‘You’re not doing a commemoration that is political in any way. It doesn’t carry that historical baggage.’ I did a seminar last year at the Canadian Forces College [in Toronto] with 140 officers; most were Canadian. I was honest with them and told them that [The World Remembers] featured names from both sides of the war. I asked them what they thought and the discussion was very animated. One officer stood up at the back, and the passion with which he said this, surprised me. He said, ‘Mr. Thomson, you are doing exactly the right thing. I support you.’ Another officer came up to me afterwards and it was the fierceness of his passion that still wops me. He said it was absolutely the right thing to do. It was that understanding from actual combat veterans who’ve fought in wars that meant a lot to me.”

What have you learned along the way since this project started in 2014?
“I would say we have treated our history in a very ‘primary colour’ sort of way here in Canada. Which is great, it’s fine — but no history is just one primary colour: it has complex, nuanced, subtle tones. We will only serve ourselves better as a nation if we come to understand the complexities of those colours within our own history. I’ll give you an example: there were Chinese-Canadians in the First World War. Wee Tan Louie and Wee Hong Louie were Chinese brothers from the Shuswap Country in British Columbia and they didn’t have the right to vote. They went to sign up for the war in 1915 and the recruiting officer was a total racist and told them to get lost. So, these brothers got on horses and rode to Edmonton to enlist. It took them three months. But they fought, they survived, they were medalled and, afterwards, Wee Tan took a radio course and went to open a radio store in Orillia, Ont. When he went to apply for a radio license, the town of Orillia said no. So Wee Tan packed up his uniform and medals and sent them to [then-prime minister] William Lyon Mackenzie King. Wee Tan told [the prime minister] that he’d fought for the country but couldn’t get a radio license — and [only then] did he get a radio license! There’s a million of those kinds of stories. It’s all embedded in the complexity of who we are as a country. I think of this complexity as diversity, and I see that as a strength.” What relationship do you think Canadians have with our military history?
“It goes through stages, these attitudes to military history. If you go back to the 19th century, love of the military was everywhere. Almost every student in high school and college was in the Cadets. Then the First World War came along and smashed that [illusion] because it was so wasteful. Millions were killed and so was the romanticization of life in the military. When the Second World War came along — a truly ghastly and immoral war — people better understood the grind of the military and the huge harms that come in the name of bringing about peace and freedom. Then we got into the ’60s and ’70s where people looked back at the more than 100,000 million people killed in the two world wars and feelings turned against the military. We went into a very anti-military period. That has kind of finished now, and it’s far more balanced and appreciative. We’re looking at the military without lavishly adoring it. I’ll give you an example of why I have a huge pride in the Canadian military forces: I attended the first Remembrance Day ceremony in Serbia. The Serbs were only doing a military remembrance to show the European Union (EU) that they can do these sorts of commemorations. So, I was in the cemetery and all the other nationalities were [represented] there. I was looking at all the uniforms and most of them were quite grand. There was the Russian soldiers’ hats; they’re getting higher and higher and higher. The French were in their traditional red pants with plumes coming out of their helmets. The Americans were spit-and-polish crisp and everything was shiny down to the seams. Only two countries’ army uniforms were modest: the Germans — and the Canadians. They had no finery. They were so realistic and modest, in a simple beret and simple uniform, and I appreciated their realism about who they were and what they were serving and what was their mission. It’s that unassuming, confident, realistic, determined [Canadian] nature that makes [me proud].”

What is the ultimate goal you hope to have reached by the end of this five-year project?
“We want to witness every name of every soldier, man and woman, killed in the First World War. We’ve done what no one else has done. The other thing is that I want other nations to see how we are evolving with commemoration. The Czech name is just as important as the Italian name, and the Nigerian name and the Sikh name and the American name and the Vietnamese name. All those lives were equal and all those deaths were equal.”

For more information on The World Remembers, visit the official website here.