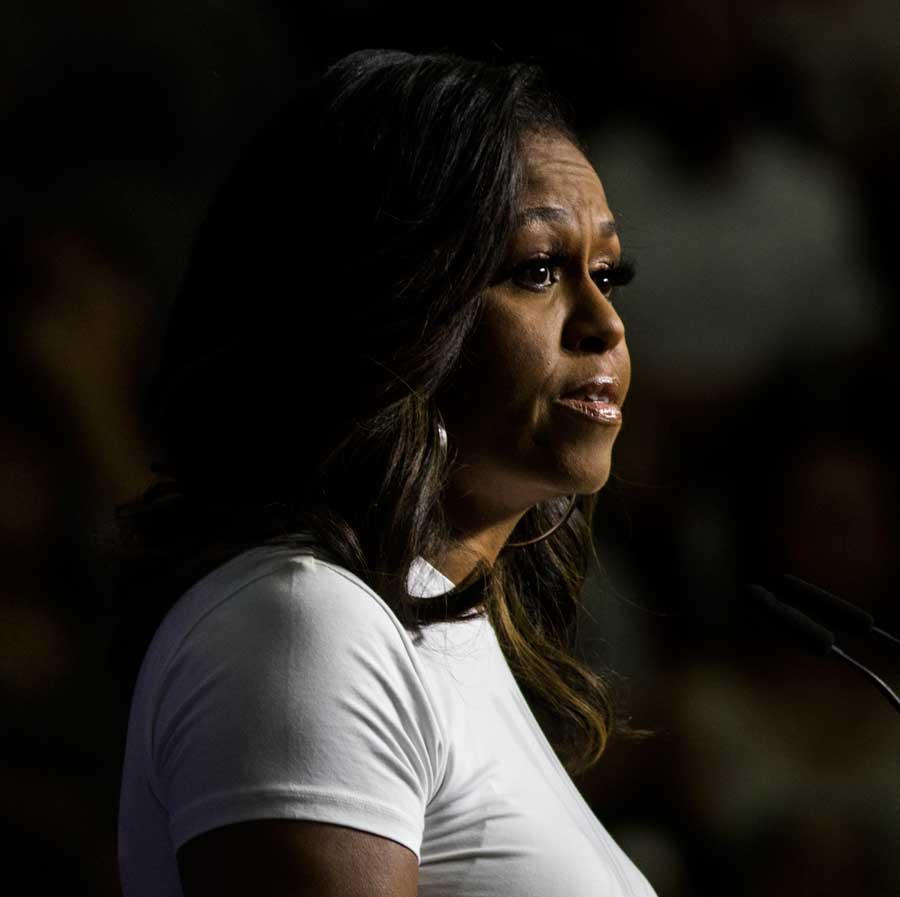 Michelle Obama’s forthcoming book Becoming is getting early headlines for what it reveals about her personal dislike of U.S. President Donald Trump. In the book, Obama blasts Trump repeatedly but especially for fomenting hatred against husband Barak for the so-called “birther campaign,” in which the then Presidential hopeful publicly raised speculation about whether or not Barack was actually born in the U.S.

Michelle Obama says Trump’s viscious campaign was “deliberately meant to stir up the wingnuts and kooks” and she always felt threatened that one of these wingnuts would take out their anger on her husband or children.

“Donald Trump, with his loud and reckless innuendos, was putting my family’s safety at risk. And for this, I’d never forgive him,” she writes.

Trump responded in expected fashion saying he’d never forgive Barack “for what he did to our US military” as President.

Michelle later recalls how she “buzzed with fury” after Trump won the 2016 Presidential election, especially after seeing the Access Hollywood video of him bragging about his sexual improprieties.

Before eviscerating Trump, though, Obama discusses her childhood, from growing up in a “cramped apartment on the South Side of Chicago” to how she struggled with her perception as an “angry” black woman.

“I was female, black and strong, which to certain people . . . translated only to ‘angry.’ It was another damaging cliche, one that’s been forever used to sweep minority women to the perimeter of every room . . . I was now starting to actually feel a bit angry, which then made me feel worse, as if I were fulfilling some prophecy laid out for me by the haters.”

In a personal moment, the former First Lady says that she struggled with loneliness while her husband devoted his life to politics and how a miscarriage left her feeling “broken.” She also reveals for the first time that she ultimately resorted to in vitro fertilization to conceive her two daughters.

Dampening the hopes of Democrats that she’ll run for President in 2020, Michelle writes that she just doesn’t have the “passion for politics” that her husband had.