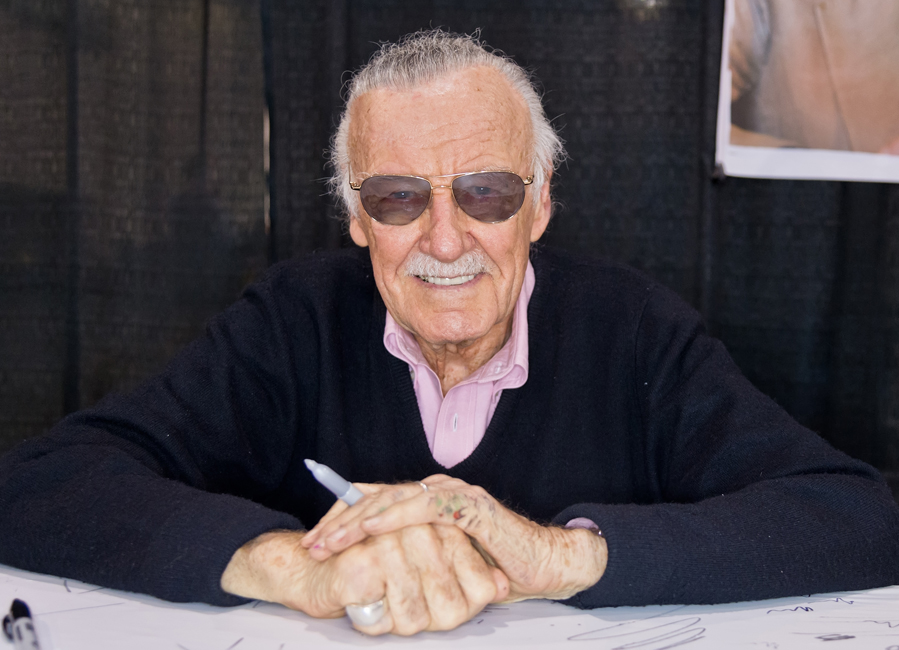 Stan Lee, the creative mind behind some of the world’s most famous and beloved superheroes who always signed off with his trademark phrase, “Excelsior!”, has died. The Hollywood Reporter notes that the legendary comic book writer and publisher died at Los Angeles’ Cedars-Sinai Medical Center on Monday morning. No cause of death was given. He was 95.

Born Stanley Martin Lieber on December 28, 1922, in New York City, he assumed the pseudonym “Stan Lee” at age 17 when working as a writer and editor at Timely Comics, with plans to save his real name for when he planned to write more serious novels. Inspired by heroes of his youth like Errol Flynn, Lee wrote a number of comics at Timely, including a Captain America story, before being called into duty during the Second World War in 1942, where he first helped to set up communications devices and eventually moved on to writing training manuals and other materials, for which he became one of only nine people to earn the army designation of “Playwright.”

After the war, Lee returned to Timely Comics and wrote a variety of comic and pulp stories until 1961, when the professionally frustrated writer got the break of a lifetime. His publisher tasked him with creating a comic superhero team to counter DC Comics’ Justice League. In response, Lee and artist Jack Kirby created The Fantastic Four. The success of the group allowed Lee to go on to create, or co-create with artists ranging from Kirby to Steve Ditko to Bill Everett, some of the world’s most famous superheroes, including Spider-Man, Black Panther, the X-Men, the Incredible Hulk, Thor, Ironman, Daredevil and Doctor Strange.

As Timely Comics evolved into Marvel Comics in the 1960s, Lee also propelled the evolution of the comic book hero, forsaking the clean-cut images and mindless wham bam action of most superhero stories for characters with depth and flaws and problems of their own to sort out. He rose to Editor-in-Chief, and publisher and, eventually, chairman of Marvel Comics. And when his characters gained new life as part of the billion dollar big screen Marvel Universe, a new generation of fans learned of Lee and his work, both through his regular appearances at comic events and his trademark cameos in Marvel films.

In 2014 Lee told the Chicago Tribune that, “I used to think what I did was not very important. People are building bridges and engaging in medical research, and here I was doing stories about fictional people who do extraordinary, crazy things and wear costumes. But I suppose I have come to realize that entertainment is not easily dismissed.”

Lee was married to his wife Joan for 70 years until her death in 2017. Earlier this year, media reports chronicled stunning charges of elder abuse against Lee, including by his only living child, daughter J.C., and other associates who “have used their relationships with J.C. to try to take advantage of me and gain control over my assets, property and money including but not limited to valuable intellectual property,” an estate with an estimated worth of $50-$70 million. In June, Lee’s lawyer Tom Lallas was appointed his legal guardian by a Los Angeles court.

When news of Lee’s death broke earlier today, fans took to social media to express their grief and their gratitude for the man who transformed superhero comics.

Canuck actor Seth Rogen tweeted, “Thank you Stan Lee for making people who feel different realize they are special” while American actor Chris Evans, who played both Captain America and the Fantastic Four’s Human Torch in different Marvel big screen offerings, wrote on Twitter that, “There will never be another Stan Lee. For decades he provided both young and old with adventure, escape, comfort, confidence, inspiration, strength, friendship and joy. He exuded love and kindness and will leave an indelible mark on so, so, so many lives. Excelsior!!” Tesla founder Elon Musk tweeted, “Rest in peace, Stan Lee. The many worlds of imagination & delight you created for humanity will last forever” while famed astrophysicist Neil deGrasse Tyson added that, “Born before Edwin Hubble discovered the expanding universe, he ultimately created an expanding universe of his own – one of scientifically literate superheroes such as Spider-Man , The Hulk, Iron Man, & Black Panther.”