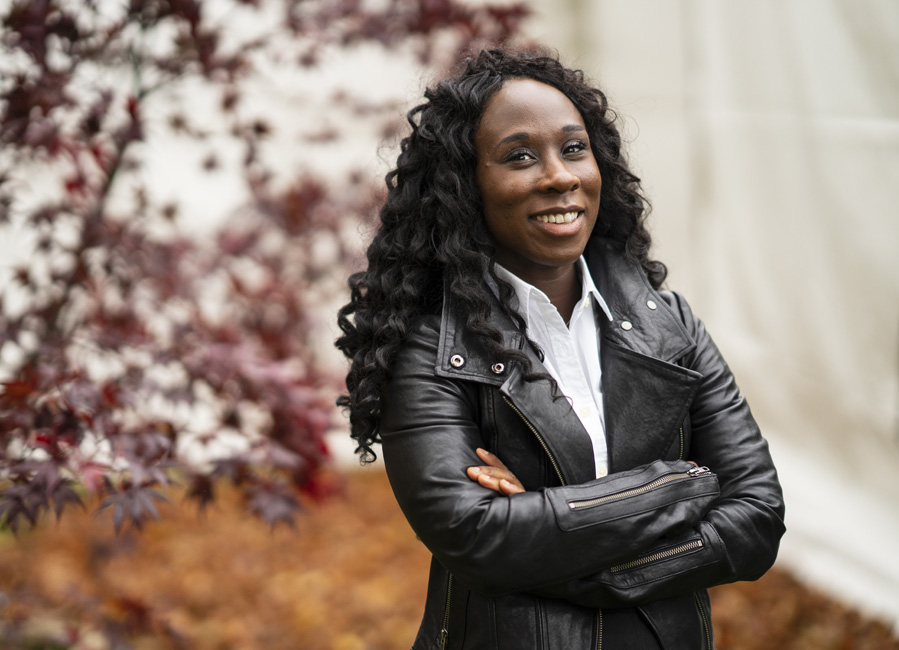 Esi Edugyan made history Monday night by becoming the first person to win the Scotiabank Giller Prize for back-to-back novels when she took home the prestigious literary award at a gala hosted by comedian Rick Mercer in downtown Toronto. Edugyan’s Washington Black, a story about a slave and his abolitionist companion who travel the world and end up on the run following a man’s death, earned the honour and the $100,000 in prize money that accompanies it.

“In a climate in which so many forms of truth telling are under siege, this feels like a really wonderful and important celebration of words,” Edugyan said upon taking the stage to accept the award.

In a post-award interview the Calgary-born author told the Toronto Star about the weight that her wins carry. “Stories of the marginalized, it’s extremely important to get those out there, and for us to be reading them, and trying to imagine ourselves into other skins, and not closing ourselves down. It’s part of, I think, keeping the dialogue alive, and keeping empathy alive.” She added that, “To see a black woman win the prize … that’s huge. For me, when I was growing up in Calgary in the (1980s), there weren’t a ton of Canadian models in terms of people who had my background.”

Edugyan previously won the Giller in 2011 for her novel Half-Blood Blues. She joins fellow Canuck scribes Alice Munro and M.G. Vassanji as the only two-time Giller winners. The Giller jury called Washington Black, “a supremely engrossing novel about friendship and love and the way identity is sometimes a far more vital act of imagination than the age in which one lives.” And they aren’t the only ones celebrating the book. Earlier this year the novel was named as a contender for both the Man Booker Prize and the Rogers Writers’ Trust Fiction Prize.

Celebrating its 25th anniversary this year, the Scotiabank Giller Prize stands as one of Canada’s most coveted, and richest, book awards. As well, Giller honours often prove life-changing for the lucky winner, who is almost guaranteed to enjoy a bolstering of popularity, and often sales, as a result.

Ahead of this year’s ceremony, Edugyan told CBC that the honour is “a life-changing prize” that results in enormous visibility for the winning author. CBC notes in the same piece that sales of Edugyan’s novel rose an astonishing 479 per cent following the Giller win.

The runners up for the 2018 Giller Prize include Patrick deWitt (French Exit), Éric Dupont (Songs for the Cold of Heart, the translation of which was also nominated for a 2018 Governor General’s Literary Award), Sheila Heti (Motherhood) and Thea Lim (An Ocean of Minutes).

Click here for more on the 2018 Scotiabank Giller Prize.