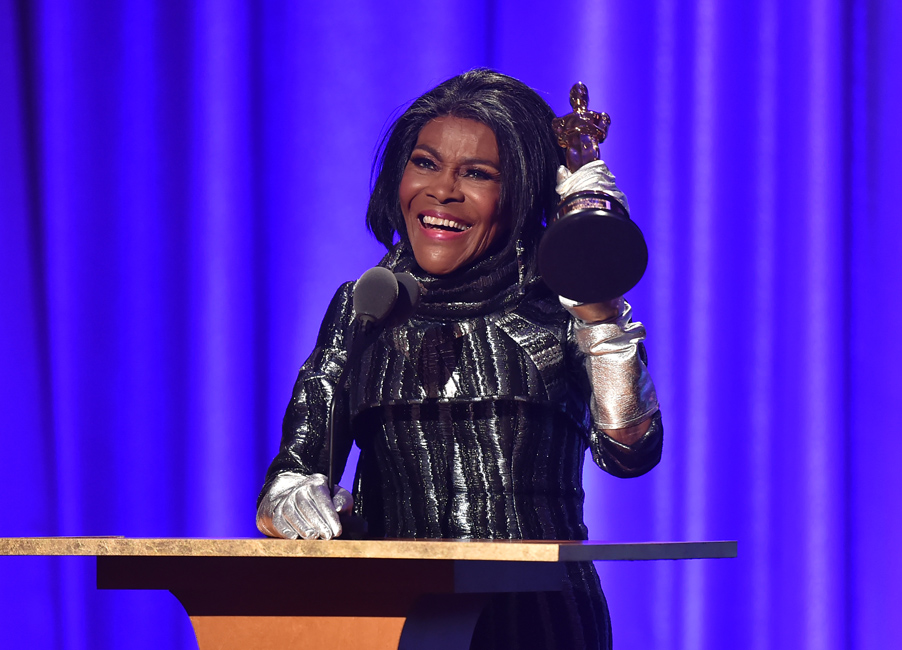 Screen and stage legend Cicely Tyson made history Sunday night when she received an honorary Academy Award at the 2018 Governor’s Ball, becoming the first African-American woman to receive the honour.

The 93-year-old, who began acting at the age of 27, is a trailblazer for African-Americans in the entertainment industry, opening doors for generations to follow while working with some of the most famous stars in Hollywood.

“She’s played Jane Pittman, educator Marva Collins, Coretta Scott King, Harriet Tubman and everyone in between. She is the knowing grandmother, the sage auntie, the strong and protective mother and the long-suffering wife,” journalist Monique Judge wrote for The Root. “But more than the characters she has depicted in Hollywood, Cicely Tyson is our very own black national treasure. We see her and we recognize a living part of history that we want to respect and protect.”

Tyson, who was nominated for Best Actress for her role in 1972’s Sounder and who starred in films like The Heart Is a Lonely Hunter, Fried Green Tomatoes, and The Help, was presented with her honorary Oscar by actor and filmmaker Tyler Perry, legendary producer Quincy Jones and director Ava DuVernay.

“Her work, grace, dignity, class, humility and profound professionalism firmly placed her on the pedestal of Hollywood royalty, and now, at long last, I could not be more honoured to say that tonight, Cicely Tyson receives her more than well-deserved Oscar,” Jones, 85, said during his presentation.

DuVernay, meanwhile, had asked a number of African-American performers and filmmakers to sum up Tyson in one word and then recited their answers in tribute to the actress. They included “nobility personified” from Oprah Winfrey, “a treasure” from actress Taraji P. Henson, “groundbreaking” from actress and singer Amandla Stenberg, “legendary,” from TV producer and writer Shonda Rimes, “our muse” from Oscar winner Viola Davis and “flower” from DuVernay herself.

Tyler Perry added that “African Americans hold Cicely in such high regard, she is a queen to us … she would only do roles that served us.”

A video tribute to Tyson, who’s also won three Emmys and a Tony Award among her many accolades, played before the actress herself took the stage. She thanked those colleagues and friends who’ve helped her along the way, including Arthur Mitchell, the pioneering African-American ballet dancer, choreographer and entrepreneur who accompanied her to the Academy Awards when she was nominated in 1972. He’d predicted she’d win the Oscar that night and so, this year, she called him and left a message asking him to accompany her to the Governor’s Ball to finally nab her overdue statuette. She didn’t know at the time that Mitchell was ill. He died not long after her call.

In a touching moment during her speech she added that, “I know, however, Arthur, wherever you are, that this is what you were promising me, and I want to thank you.”

She then ended her speech by noting her 94th birthday, which is just around the corner on Dec. 19. And for anyone thinking of buying her a birthday present, she added, “I don’t know that I would cherish a better gift,” referring to the honorary Oscar. “This is the culmination of all those years of haves and have not.”