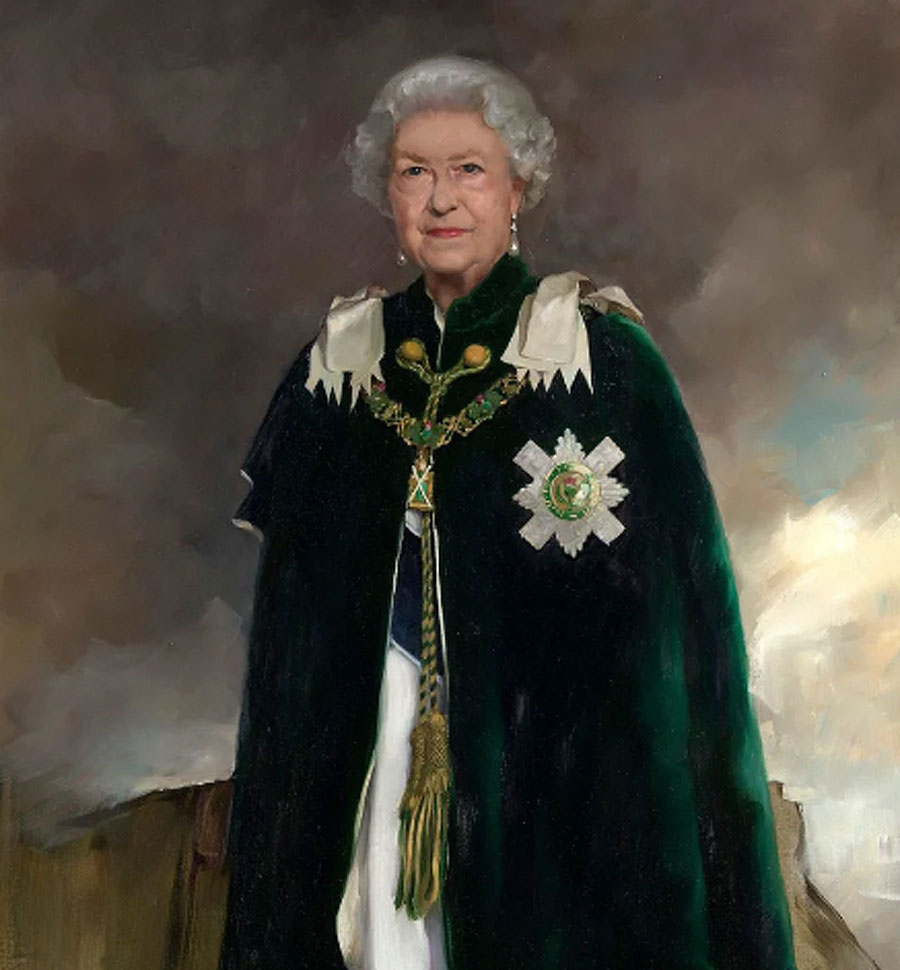 Her Majesty looked positively regal (naturally!) in a new portrait on display at the Palace of Holyroodhouse in Edinburgh, the Queen’s official residence in Scotland.

The stunning oil painting, by artist Nicky Philipps, features the 92-year-old monarch standing in the traditional dark green ceremonial robes of the Order of the Thistle — the highest order of chivalry in Scotland. She donned the outfit back in July for the annual Order of the Thistle service.

The background of the portrait features cloudy skies and a view of Salisbury Crags, the picturesque cliffs in Holyrood Park near the palace.

The new painting was commissioned by The Royal Collection Trust and is currently on display in the Royal Dining Room.

Painted by Ben Sullivan, the portrait shows the Queen sitting in a drawing room in Windsor Castle, with her black handbag sitting beside her on the floor.