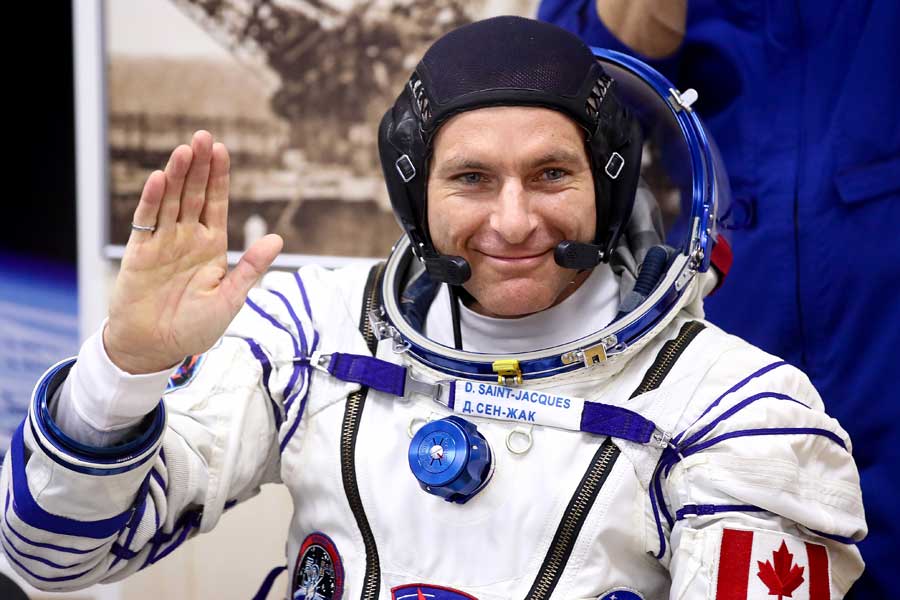 Canadian astronaut David Saint-Jacques blasted off from Kazakhstan this morning aboard a Russian Soyuz rocket bound for the International Space Station where he’ll spend the next six months.

The launch of the Russian Soyuz rocket was the first since a failed attempt on Oct. 11 that forced the emergency landing of a Soyuz capsule carrying two astronauts.

Following the launch, the crew reported that they were safely in orbit. NASA says that the spacecraft is expected to dock at the space outpost approximately six hours after launch, following four orbits of the Earth.

The 48-year-old doctor and astronaut is the first Canadian to dock the International Space Station since Chris Hadfield, who gained celebrity status and received a star on the Canadian Walk of Fame for his online videos that often featured live guitar performances from the astronaut during his 2013 mission.

“I don’t think I’m going to try to top what Chris did in terms of entertainment, that is his forte,” Saint-Jacques told The Canadian Press of his predecessor ahead of the launch. “We each go there with our own personalities and our own ambitions.”

During his mission Saint-Jacques will be exploring the physical effects of the weak gravity experienced in orbit as well as how to provide remote medical care.

While his luggage won’t include a guitar, the Quebec native did pack some items unrelated to his mission.

“I brought a few personal items that remind me of my family, of my children, of my parents, my wife and the people I love on the planet, so they’re mainly mementoes,” he said recently told The Canadian Press.

His wife Veronique Morin told The Canadian Press that those items will also include Christmas presents, which he’ll unwrap in the virtual company of his family—including his three children—back on earth.