For (Mostly Male) Movie Stars, Retirement Might Be A Good Career Move 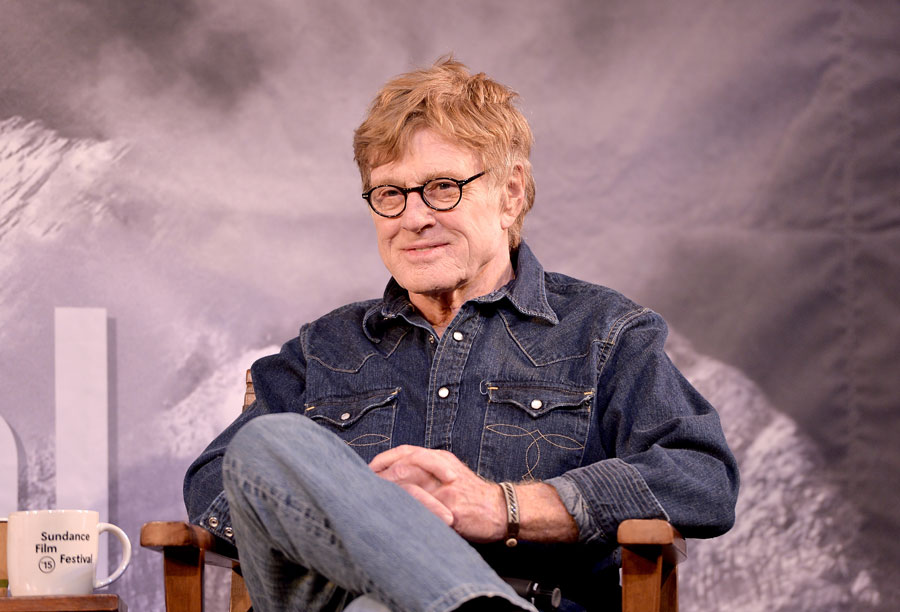 This coming weekend, as we do annually, 40 members of the Toronto Film Critics Association will meet in a boardroom to eat, argue and impugn each other’s intelligence and taste, along the way to picking the year’s best movie, director, actors, etc.

Last year, the TFCA gave its Best Actor nod to Daniel Day-Lewis for Phantom Thread, in which he played Jar Jar Binks. Kidding. Phantom Thread was the P.T. Anderson film where Day-Lewis played a 1950s dressmaker — a solid performance, but not his best in my opinion.

But it was billed as Day-Lewis’s last movie. And well, heck, you’ve got to give a guy a little retirement present.

There were skeptics who felt 60 was a little early for one of the world’s greatest actors to call it quits. But at the peak of his career, in the late 1990s, the mercurial Day-Lewis suddenly took three years off to apprentice as a shoemaker in Italy, with no indication that he would ever act again. So, it’s very possible we won’t see him onscreen for a long while, if at all.

This year, the putative awards-bound “retiree” is Robert Redford, who has hinted that his role as real-life “gentleman bank-robber” Forrest Tucker in The Old Man and the Gun will be his last. Even as he attempted later to walk that back, he said simply, “I shouldn’t have said that,” never denying the truth of what he said, but indicating that it put the wrong kind of attention on the film.

For the record, I quite liked The Old Man and the Gun. At 82, Redford is suitably twinkly-eyed playing a 70-something criminal who was usually described by charmed robbery victims as being “in his 50s or 60s.” It also has one of the best romances between older characters I’ve ever seen (a rather short film list, I’m afraid). His flirty scenes with Sissy Spacek, 68, are loaded with chemistry and warmth.

So, if this is the Sundance Kid’s adios, it’s not a bad one.

And I suppose 82 is a more believable retirement age than 60.

But we’re more used to older actors following the advice of Michael Caine (now 85), who described his attitude towards retirement to me thus: “You don’t quit the movies. The movies quit you.”

As I write that quote, I realize it may apply even more to women than men. As opposed to the male actors I’m referencing here, actresses seldom announce their retirement to great fanfare, even though plenty have dropped out of the business over the years, like Phoebe Cates, Cameron Diaz (she recently used the R-word, having not made a movie since 2014’s Annie) and Bridget Fonda.

Happily, mere aging has been less of an impediment to actresses in recent years, as the careers of Dame Helen Mirren, Dame Judi Dench, Jessica Lange, Meryl Streep and Glenn Close can attest.

Caine did say he almost quit in the 1990s when he realized he couldn’t be a romantic leading man anymore. (Redford would beg to differ). Caine added this was the reason Sean Connery retired after 2003’s The League of Extraordinary Gentlemen, “because he didn’t want to play old men.”

One of the bigger names to retire this century, Gene Hackman, has stuck by his word. I feel a little bad on behalf of my city that his last movie, the 2004 Ray Romano comedy Welcome to Mooseport, was a dud shot in Toronto.

Hackman’s longtime best friend Dustin Hoffman told me he’d talked retirement with Hackman the previous year when they’d worked together on the forgettable Runaway Jury. “After we wrapped our last scene, Gene said to me, ‘Let’s get drunk.’ So, we sat at the bar, and he looked me in the eye and said, ‘Do you get the same feeling I get when you finish a film?’ I said, ‘What’s that?’ And he said, ‘That you’re not going to work again.’”

Who knows? If Hackman had told everybody it was his last film, he might have received a Golden Globe for Welcome to Mooseport.

Instead, Hackman quietly stepped away and now lives in Santa Fe, New Mexico, where he paints and continues to write Western novels.

As for Hoffman, while he said he was mulling retirement himself, he stayed in the game, long enough to be accused last year, at the height of #MeToo, of sexual misconduct in the 1980s. Announcing his retirement now would not be greeted as warmly as it would have two years ago.

And as if to put the whole idea of movie star retirement in question, in 2019 we will see Joe Pesci onscreen for the first time since 2010. Pesci quit the movies to pursue a musical career, but was convinced by Martin Scorsese to come out of retirement to join the cast of the Netflix mob movie The Irishman, with Robert DeNiro, Al Pacino and Harvey Keitel.

All of which suggests, for some, retirement may just be a word for “tired of making bad movies and waiting for the right offer.”