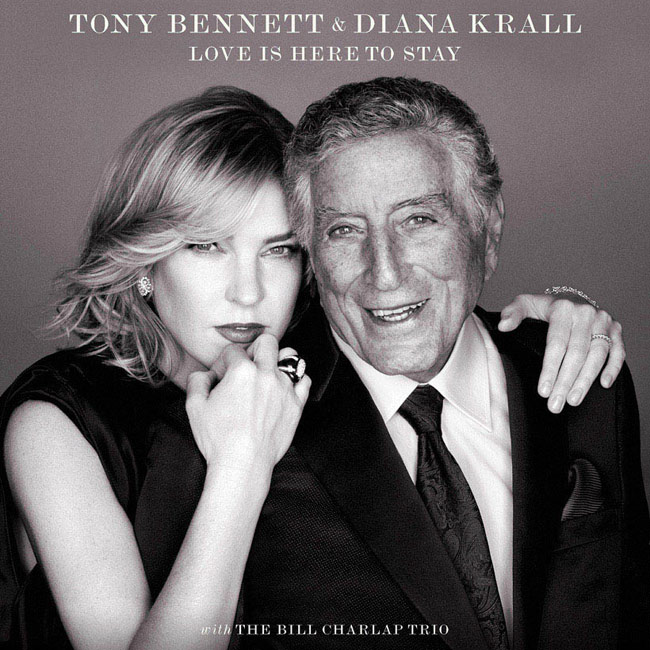 Legendary crooner Tony Bennett and famed Canadian jazz singer Diana Krall lead the way for the 2019 Grammy nominees in the 45-plus age demo, landing two nominations among the many announced on Friday morning.

Bennett, 92, and Krall, 54, earned nods in the Best Traditional Pop Vocal Album for their Gershwin-themed duets collaboration Love Is Here To Stay, as well as one for Best Pop Duo/Group Performance for “’S Wonderful,” one of the songs on the album. Bennett already boasts 20 Grammy wins, including a Lifetime Achievement Award in 2001. However, as proof that a “Lifetime Achievement Award” doesn’t mean that your best work is behind you, Bennett took home 10 of those 20 Grammys in the years following the lifetime honour, including last year for Best Traditional Pop Vocal Album for his birthday disc Tony Bennett Celebrates 90. Krall, for her part, is a five-time Grammy winner.

Of course, the duo has some competition in the Best Traditional Pop Vocal Album category from fellow nominees Willie Nelson, 85, nominated for his Frank Sinatra tribute album My Way; the live album The Music…The Mem’ries…The Magic!, from Barbra Streisand, 76; Standards, by Seal, 55; and 47-year-old Gregory Porter’s Nat “King” Cole & Me. Nelson received a second nomination for Best American Roots Performance for his album Last Man Standing.

Meanwhile, Toni Braxton, 51, scored three nominations, for Best R&B Performance and Best R&B Song for “Long As I Live” and Best R&B Album, Sex & Cigarettes. David Byrne, 66, founding member, musician and songwriter for the Talking Heads received a Best Alternative Music Album nomination for American Utopia, his first solo effort in 14 years, while 86-year-old Loretta Lynn got a nod for Best Country Solo Performance for “Wouldn’t It Be Great.” Lynn is joined in the category by “Parallel Line” by Keith Urban, 51 and 28-year-old Maren Morris, nominated for her cover of the Elton John/Bernie Taupin classic “Mona Lisas and Mad Hatters.”

Jamaican 1970s reggae group Black Uhuru, which took home the first ever Best Reggae Album Grammy in 1985, is back contending for the award in 2018 for their disc As The World Turns, sharing the category with Rebellion Rises from Ziggy Marley, 50, and 44/876 from the pairing of Sting, 67, and Shaggy, 50.

A Star is Born, which dominated the Golden Globe nominations yesterday, continued its expected award season success with the Grammy nominations. Eighty one years after the 1937 original starring Janet Gaynor and Fredric March, hit theatres, the fifth incarnation — following two other Hollywood remakes starring Judy Garland and Barbra Streisand respectively, as well as a 2013 Bollywood remake — landed four nominations for the song “Shallow.” Those include Record of the Year, Song of the Year, Best Pop Duo/Group Performance (Bradley Cooper and Lady Gaga) and Best Song Written For Visual Media. And not only is the story of A Star is Born still going strong four remakes in, but it’s still making Hollywood dreams come true. The Grammy nods this morning were the first ever for Cooper, 43 a four-time Oscar nominee.

And parents and grandparents who were forced to get to know Justin Bieber’s music during his meteoric rise might want to brush up on Shawn Mendes’ tunes. The 20-year-old Toronto native was nominated for his first ever Grammys, including Song Of The Year and Best Pop Vocal Album for his self-titled disc.

Whistle Down The Wind, Joan Baez, 77

The Tree of Forgiveness, John Prine, 72

The Lonely, The Lonesome & The Gone, Lee Ann Womack, 52

The Blues Is Alive And Well, Buddy Guy, 82

No Mercy In This Land, Ben Harper, 49, and Charlie Musselwhite, 74

Don’t You Feel My Leg (The Naughty Bawdy Blues Of Blue Lu Barker),

As The World Turns, Black Uhuru