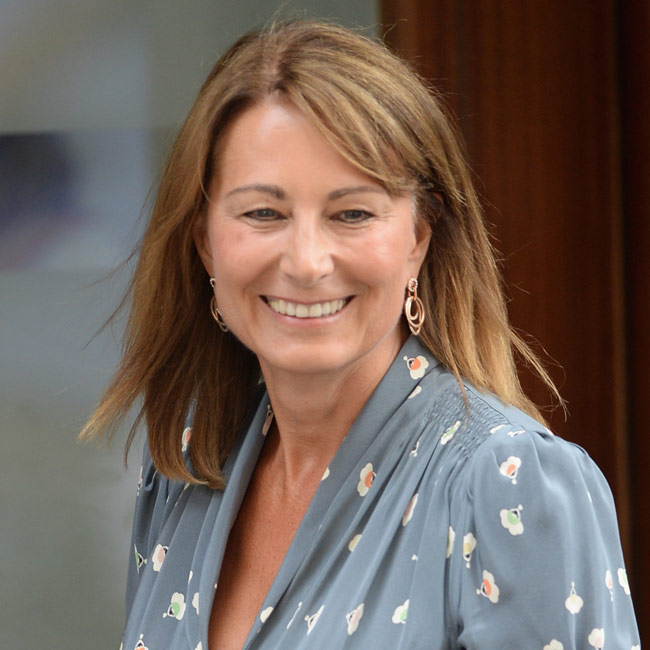 Two interviews, one week: The famously spotlight-shy Carole Middleton has become something of a news fixture in recent days, granting all-access chats to the Daily Telegraph and Good Housekeeping, both of which included photo spreads and holiday hosting tips. And while Carole opened up (a little) about her grandkids and spending Christmas with the Royal Family, the actual topic at hand was the 30th anniversary of her successful mail-order shop, Party Pieces. “I just thought I should celebrate a little,” she told the Telegraph’s Lisa Armstrong in a two-part interview.

However, some royal watchers scoffed that the articles were nothing more than “damage control” on the part of the Middleton matriarch, pointing out that the interviews were coincidentally published on the heels of reported strife between the Duchesses Cambridge and Sussex — all royal pish posh, if you ask me. It’s clear, however, that Her Majesty and the Royal Family were in the know regarding the interviews: Eldest daughter, Catherine, even texted her in the middle of the Telegraph interview to wish her luck, so this mini media blitz was no surprise for Buckingham Palace.

In the 15 years since her family catapulted to fame when Prince William first started dating her daughter, Kate, the 63-year-old Middleton has consistently been likened to a “model of discretion” by the Daily Mail and countless other media outlets more accustomed to seeing the relatives of newly-minted royals desperately grasping for the spotlight (we’re looking at you, Thomas and Samantha Markle).

Instead, Middleton has quietly continued running her successful party planning business while spending quality time with her grandchildren. (She now has four: In addition to Prince George, 5, Princess Charlotte, 3, and eight-month-old Prince Louis, daughter Pippa recently gave birth to a son, Arthur). Middleton’s private company, which she launched with husband Michael in 1987 while pregnant with son James, celebrates its 30th anniversary this year and, at one point, employed all three of her children.

“Catherine started the First Birthday brand — she chose the products and looked after all the imagery and the catalogue production,” Middleton told Good Housekeeping. “Pippa set up the blog, as we didn’t have one. James came up with the idea of personalized cakes and got them off the ground for us.”

Some holiday hosting tips Middleton offered in both her recent Good Housekeeping chat and in a 2015 article she did with daughter Pippa (who authored the party planning book, Celebrate) for Woman and Home include:

(For more hosting tips, you can go through the archives of Pippa’s Party Pieces blog or check out Carole Middleton’s 2016 Q&A with Marie Claire.)

On average, Party Pieces receives approximately 4,000 orders per week and is now worth roughly £30 million. Not too shabby! As for retirement, Middleton doesn’t see it in her near future. “I don’t see myself stopping,” she tells the Telegraph. “If I did I’d have to have so many projects on. I’d have to redecorate the house. I’d love to travel, but then I’d miss the grandchildren. I’ve got a billion ideas I still want to do.”

Here, some of our favourite Party Pieces items for holiday hosting.