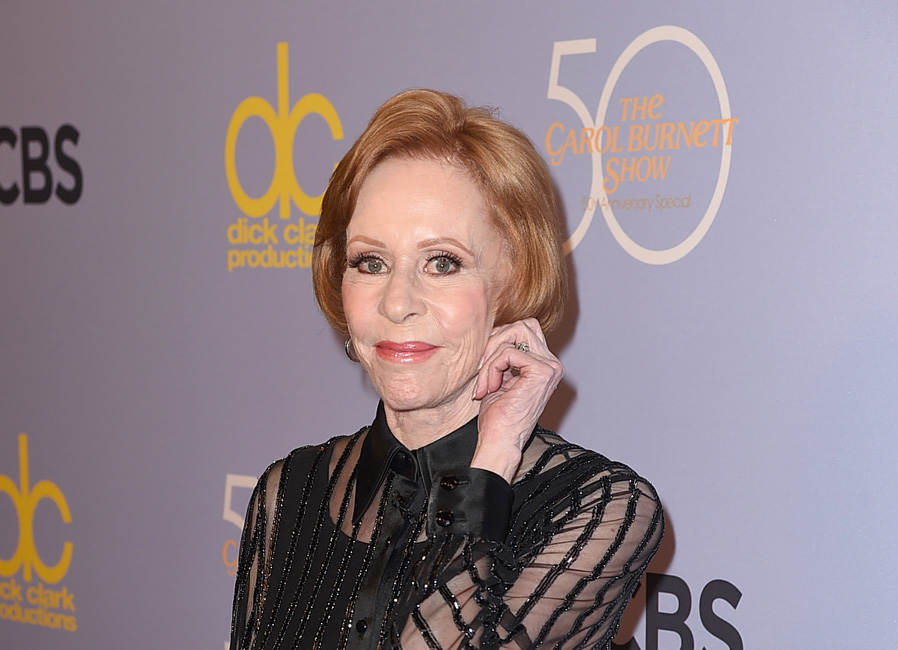 In Hollywood, you know you’re a legend when you receive a major lifetime achievement award honour. It’s another level entirely, however, when that honour is named after you.

That’s the case for Carol Burnett, 85, the television trailblazer who was announced by the Hollywood Foreign Press Association as both the namesake, and first recipient, of their new Golden Globes lifetime achievement award for work in TV. The small screen equivalent of the Cecil B. DeMille Award at the Oscars, the HFPA notes the Carol Burnett Award serves, “to celebrate the medium’s new Golden Age … [and] will be presented annually to an honoree who has made outstanding contributions to television on or off the screen. Future recipients will be chosen based on their body of work and the lasting impact that their television career achievements have had on both the industry and audiences.”

Given the criteria, Burnett, a TV pioneer who became the first woman to host her own variety show, is the perfect namesake, and inaugural recipient, of the award. The Carol Burnett Show’s 11 season run made it one of the most beloved, and lauded, American television shows in history. And Burnett herself has won numerous Golden Globes and Emmy Awards for her television work, as well as induction into the Television Hall of Fame in 1985, Kennedy Centre Honors in 2003, the Presidential Medal of Freedom in 2005, the Mark Twain Prize for American Humor in 2013 and the Screen Actors Guild’s Lifetime Achievement Award in 2015. In 2017 she appeared on The Carol Burnett Show: 50th Anniversary Special and earlier this year she entered the world of streaming television with her Netflix series A Little Help with Carol Burnett, in which she interviews children about providing solutions to adult problems.

Upon the announcement of the Carol Burnett Award, HFPA President Meher Tatna released a statement noting, “For more than 50 years, comedy trailblazer Carol Burnett has been breaking barriers while making us laugh. She was the first woman to host a variety sketch show, The Carol Burnett Show. She was also the first woman to win both the Mark Twain Prize for American Humor and Kennedy Center Honors. And now we add another first to her running list: the first recipient — and namesake — of the new Golden Globe top honor for achievement in television, the Carol Burnett Award. We are profoundly grateful for her contributions to the entertainment industry and honored to celebrate her legacy forever at the Golden Globes.”

The Golden Globes ceremony itself makes history of another kind in 2019 as well, with Canadian actress Sandra Oh, 47, becoming both the first Asian woman and first Canuck to host the awards show, alongside comedian Andy Samberg. The ceremony takes place on Jan. 6, 2019 and airs live on NBC.