Reviving The Past: How Film Restoration Is Keeping Cinema Alive 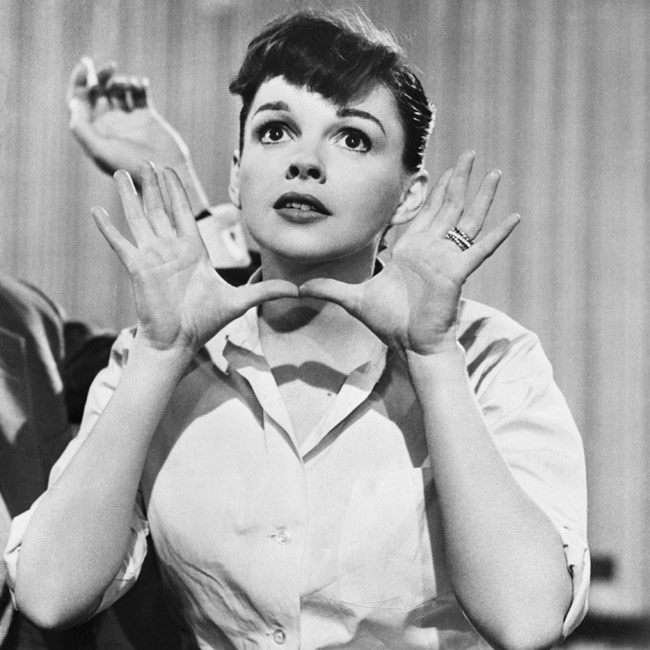 Judy Garland in a scene from "A Star is Born." Photo: Bettmann/Getty Images.

Imagine you were given the job of removing a half-hour from a Judy Garland movie. Now imagine that your first thought was to cut out songs. A Star Is Born was that movie.

With the Bradley Cooper/Lady Gaga A Star Is Born currently in the Oscar race, many of our demographic of movie-lovers are hungry for previous versions. You may even have seen the 1976 Barbra Streisand/Kris Kristofferson one in theatres.

But if you’re like me, you were likely introduced to the 1954 Judy Garland/James Mason version on late-night TV. And, besides being squeezed into a cathode ray tube, it would have been a butchered version — missing a full half-hour of its original story and much of its coherence.

RELATED: As A Star Is Born 4.0 Hits Theatres, We Reflect on Judy Garland’s Turn in the Iconic Story

However, if you caught it this month on cable’s Hollywood Suite (during its December free preview) you’ll have seen something remarkable and maybe disturbing. It’s a three-hour version of Garland’s A Star Is Born with some segments consisting of audio accompanied by still pictures.

It speaks to the cavalier way film and TV was once treated (many classic TV series no longer exist because episodes were erased so that the then-expensive videotapes could be reused).

But it’s also a testament to the renewed commitment to restoring the past that emerged from the 1970s onward. That the version on Hollywood Suite exists at all is courtesy of the late Ron Haver, a former projectionist at the American Film Institute who did obsessive detective work for nearly a decade, following hundreds of dead ends in warehouses, dusty archives and collections before locating an entire audio track of the original cut, and all but about seven minutes of missing footage.

“I wanted more of the art direction — so carefully and tastefully understated — and the subtle richness of the photography that filled the huge CinemaScope screen,” Haver, who saw the Garland version as a 15-year-old, wrote in an article in American Film magazine not long after the restoration’s 1983 debut.
“I wanted to see and hear the two missing musical numbers (Harold Arlen and Ira Gershwin’s “Here’s What I’m Here For” and “Lose That Long Face”).

“I wanted more of (writer) Moss Hart and (director George) Cukor’s observations of the Hollywood social scene, the studio atmosphere, the ambiance of Los Angeles, more of the elegance and wry sense of humour that permeated the film. But Warners had withdrawn the three-hour version and it never reappeared.”

Sadly, the heartbroken Cukor — arguably the greatest director of women in Hollywood history (My Fair Lady, The Philadelphia Story) — died, literally, the night before the mostly-restored version was screened.

The cuts in the 1950s came at the behest of the theatre companies, who complained that a three-hour film didn’t allow for enough screenings in a day to be profitable. The movie, which was supposed to be a comeback for Garland, was mutilated.

“It was kind of a vindictive cut, very much a slap in the face,” says Cameron Maitland, the sometime filmmaker and film writer who is the in-house expert for Hollywood Suite. At one point, a cut occurs after the alcoholic movie star Norman Maine (Mason) discovers the unknown singer Esther Blodgett (Garland) in a dive bar. When we see her again, she’s doing a Hollywood screen test. Needless to say, a lot was lost (and later found) in between. (For the record, Cukor also directed 1932’s What Price Hollywood?, which many consider the first of five versions of A Star Is Born, including the 1937 version with Janet Gaynor and Fredric March).

A surprising number of movies we think we know were gutted and never completely restored. Disney’s 1971 Bedknobs and Broomsticks with Angela Lansbury is sometimes shown the same way as Garland’s A Star Is Born, with audio and stills. “They did kind of the same thing as they did to A Star Is Born,” Maitland says. “They cut out whole musical sequences, some fun bits. And then there was unfortunate archiving and a loss of footage.”

Stanley Kubrick’s 1960 classic Spartacus was famously restored in the early 1990s through various ingenious means. Anthony Hopkins recorded a voice-over impression of the then-deceased Laurence Olivier on parts where the audio was degraded or missing.

Kubrick also had 17 minutes of 2001: A Space Odyssey cut. “Although it seems like Kubrick was fine with it, and said he destroyed the footage himself,” Maitland says. However, the lost footage was reportedly found in a Kansas salt mine in 2010, though it has yet to be added to the movie.

Others include George Romero’s vampire movie Martin, which forever lost 70 of its original 160 minutes. The great 1970s British thriller The Wicker Man (with Edward Woodward and Christopher Lee, not the terrible Nicolas Cage remake) “has some parts that are still lost completely.”

Television, however, was another story. In 2016, I saw “The Power of the Daleks” in the theatre, a “lost” episode of Dr. Who from 1966 that introduced the version of the good doctor played by Patrick Troughton. With only the original audio, the episode was restored using crude 1960s-style animation that seemed absolutely appropriate.

In 2000, Monty Python’s Terry Jones told me about how their original BBC series Monty Python’s Flying Circus was almost lost to history in the early 1970s. Engineers tipped him off that the BBC was about to erase the tapes, and Jones and pals pulled off a late-night raid, stealing back their shows and re-recording them.

It was TV — home video, and DVDs in particular — that seemed to spur the urge to restore. “You could repackage anything as a director’s cut,” Maitland says. There’s a lot of stuff that is called Director’s Cut but it should actually be called Director’s Protest, because they were more or less ordered to shoot extra footage.”

But restoration first gained traction in the 1960s, he says, “I think the development of the auteur theory in the ‘60s got things going, the idea that the director, not the producer, is the person who has the best ideas for the movie … But there are movies where they add something and people don’t necessarily like it,” he says. “I think people consider the [edited] Apocalypse Now better than (Francis Ford Coppola’s) Apocalypse Now Redux.

“It’s nice to have more of some things, but sometimes people like the tighter version.”