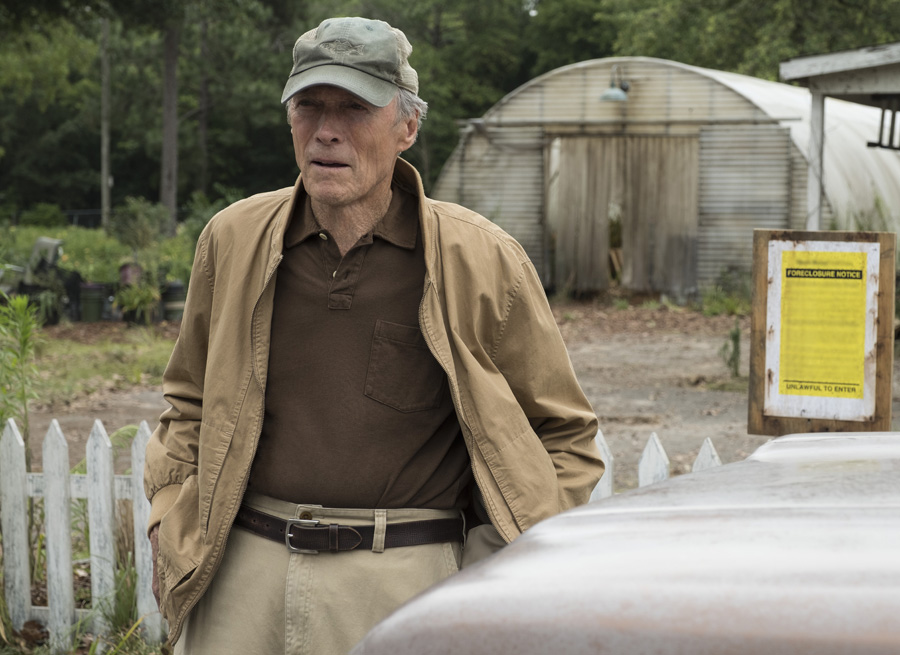 In 2011, the Drug Enforcement Administration (DEA) arrested famed American horticulturist Leo Sharp for smuggling thousands of pounds of Sinaloa Drug Cartel cocaine into the U.S. from Mexico over a period of more than a decade. At the time of his arrest, Sharp was 87 years old.

A decorated Second World War veteran whose horticultural skills earned him a global reputation, Sharp’s fortunes turned sour when his flower farm hit a financial skid, prompting him to become a late-in-life drug mule after making contact with the cartel through Mexican labourers he employed. Sharp, for his part, managed to avoid detection for years simply by virtue of his age; DEA agents never suspected a senior citizen would prove one of the most prolific and successful drug runners in the country. And it’s Sharp’s story that lies at the heart of The Mule, the big screen adaptation loosely based on the New York Times investigative feature on his exploits.

Hollywood legend Clint Eastwood pulls double duty as star and director of the film for the first time since 2008’s Gran Torino, playing Earl Stone, a character based on Leo Sharp. At 88 years old Eastwood is around the same age as Sharp was when he was finally arrested, and the plot mirrors many aspects of the real-life story. But what proves most incredible about this film, beyond its source material and star/director, is the fact that it’s one of the few in recent memory that offers someone of Eastwood’s age a truly original role flush with depth, substance and heart.

To be sure, in recent years Hollywood’s improved at making films focussed on the 60-plus crowd and their lives, struggles and various issues related to the challenges of aging. Unfortunately, however, many films based around senior stars still fall into one of two categories: either a goofy comedy about older people checking off their bucket list or a tear-jerking dementia drama. And while it can be entertaining to see octogenarians cut loose like they’re back in college, or Oscar-worthy to play a senior mourning a loved one slipping away into Alzheimer’s, there’s more to aging, and more that aging performers can offer, than that.

That’s the joy of The Mule. It’s a story about an 87-year-old man whose lifetime of selfish behaviour and unwillingness to keep up with technology has left him ostracized from his family and financially vulnerable. Earl spent decades showing more love for flowers than his family, which is why his ex-wife and daughter want nothing to do with him. Online floral companies erode his brick and mortar business model and his house falls into foreclosure. On top of that, among his peers he’s earned a reputation for being, in the words of a pal, “an a**hole.”

But when Earl unwittingly agrees to serve as a drug mule, he enters a world that affords him a sense of value. Though some characters in the film poke fun at Earl’s age, his age itself is not a joke. Earl holds his own with everyone from his angry family to cartel toughs, more a willing co-operator than helpless senior. He’s never depicted as weak or infirm and his dignity remains intact even as his conscience wavers. As his reputation grows the drug running becomes more about fulfilling a sense of duty to those who are counting on him after years of failing his family in the same way and, in doing so, he regains the confidence and self-worth that his regrets had chipped away over the decades.

Is Earl a flawed man? Absolutely. But he’s also an extreme example of the loneliness and isolation and degraded sense of self-worth many seniors struggle with on a daily basis. The severe health risks facing lonely seniors devoid of validation, communication and companionship are well documented. Earl stands as an example of that. Granted, most seniors don’t become drug mules, but some actually do.

Seniors are increasingly targeted and duped into serving as unwitting drug mules, as originally happens to Earl in the film, according to the CBC. Nicholas Dorion, a spokesperson for the Canada Border Services Agency, told the public broadcaster that, “These scams are aimed at seducing individuals by influencing emotional vulnerability. The most common are romance scams, inheritance scams and offering fake business opportunities which include mandatory travel and paid expenses.” Meanwhile, the New York Times notes that, in the U.S., Homeland Security has been investigating cases of seniors serving as drug mules as far back as 2013.

All of this means that The Mule not only offers an octogenarian tale with a rare depth of story and originality, but it’s also timely in exposing an ongoing international ring of senior abuse. The fact that it’s a solid film with a strong supporting cast — Bradley Cooper, the Oscar-nominated star of Eastwood’s 2014 film American Sniper, plays the DEA agent tracking Earl alongside his partner, played by Michael Peña, while Eastwood’s real-life daughter Alison stars as his estranged daughter Iris, Dianne Wiest plays his ex-wife and Andy Garcia pops up as the cartel boss — makes it all the better.

Watch The Mule for Clint Eastwood. After all, who knows when we’ll see him show up on screen next? But as you take in the almost too-incredible-to-be-true events that unfold, keep in mind that they’re far more true to life than we realize. There are a lot of Earls out there — either suffering the stings of loneliness and diminished self-worth or, in a few cases, unwittingly smuggling drugs across international lines. This, in many ways, is their story. No bucket lists or dementia required.

The Mule is in theatres across Canada now.