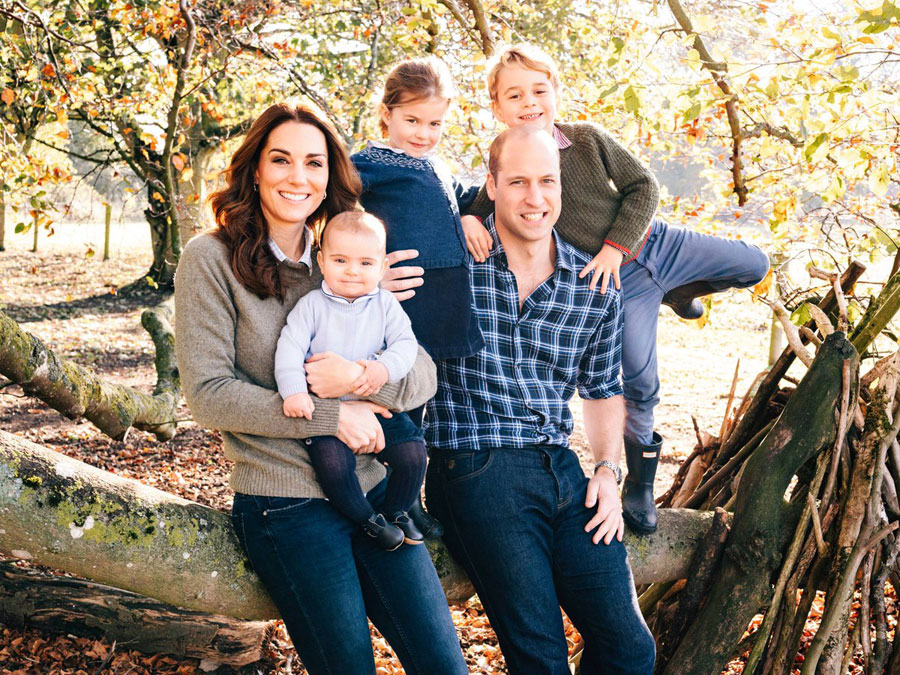 The Royal Family wants to wish you a Happy Holidays! The Cambridge, Sussex and Cornwall families released their annual Christmas cards on Friday — and they’re just as lovely and adorable as you’d expect.

The casual Cambridge family shot — say hello to the Duke and Duchess of Cambridge, along with Prince George, Princess Charlotte and wee Prince Louis, who is celebrating his first Christmas — will likely become the audience favourite as it features William and Kate in the countryside near their Norfolk home of Anmer Hall, with their three adorable children around them.

The photo, taken this past summer, is so much more laid-back than we’ve grown accustomed to from the Cambridge’s that even five-year-old George tossed aside his customary shorts in favour of jeans and Wellingtons.

The portrait was snapped by photographer Matt Porteous, a photographer who has worked with the Royal Family on numerous occasions over the years.

In stark contrast to the casual family affair of the Cambridge’s, the Duke and Duchess of Sussex released a glamorous black and white image featuring the newlyweds sharing a private moment at their May wedding reception.

In the photo, Harry and Meghan, who are expecting their first child together in the spring, have their arms around one another as they watch the fireworks display at Frogmore House in Windsor.

The intimate moment, captured by photographer Chris Allerton, has never been seen before. No doubt Harry and Meghan wanted to keep it a last-minute surprise for royal watchers.

As for the third Christmas card, it was released by Prince Charles and the Duchess of Cornwall, and features the couple sitting together on a garden bench. The image was captured this past September when the family came together to shoot portraits for Charles’ 70th birthday.

The holiday greeting in the card reads: “Wishing you a very Happy Christmas and New Year.”

The photograph was taken by Hugo Burnand, who is used to working with members of the Royal Family, having taken the official photos of William and Kate’s nuptials in 2011 and Charles and Camilla’s big day in 2005.

Of course, next year, the holiday cards will feature yet another new member of the House of Windsor — Baby Sussex will make their debut as Harry and Meghan create their own annual family traditions.

Every Christmas, members of the Royal Family gather together at Sandringham House in Norfolk to celebrate the holiday season together. Guests typically arrive on Christmas Eve, which is when the family opens their presents for one another. After their church outing on Christmas morning with the Queen, the family then heads back to Sandringham House for a buffet-style brunch and other royal festivities.