10 Defining Moments From the Zoomer Decade 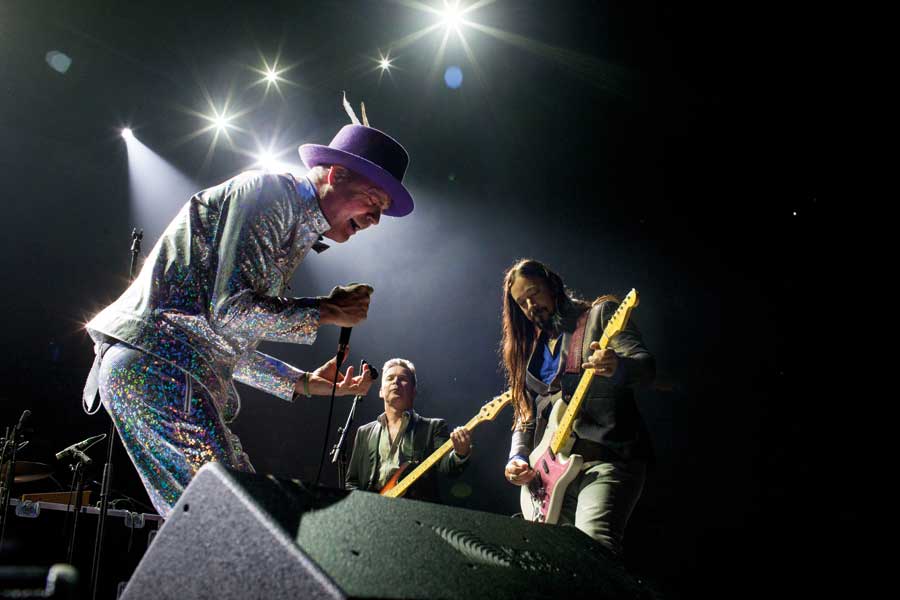 In celebration of Zoomer magazine’s 10th anniversary, we take a look back at the triumphs, tragedies and extraordinary moments from the decade.

When the 2008 financial crisis brought the American economy crashing down, Canada remained relatively insulated in the short term. It wasn’t long, though, before the ripple effects reached our shores, with the loonie, like many Canadian exports, taking a nosedive as recession set in. And, as with the Great Depression – the other benchmark for global economic collapse – the aftershocks continue long after the recovery commenced. Less than a decade later, Donald Trump harnessed the still-smouldering anger surrounding the economic collapse to fuel his presidential run, eventually repealing part of an Obama-era law meant to help prevent future financial catastrophes. Meanwhile, in Canada, low interest rates and stagnant wages serve as vestiges of the crisis, with concerns of another recession on the horizon. As well, retirees continue to contend with mounting debt on both sides of the border, leaving many to face down their so-called golden years in the red.

If the human genome is the blueprint for human existence, then the human epigenome serves as the instruction manual that explains how all the parts work. With the decoding of the human epigenome by researchers at California’s Salk Institute in 2009, science took a leap forward in its understanding of how our cells work, how we might prevent terminal and age-related diseases in the future and, perhaps, how to one day combat the effects of aging.

In fact, the breakthrough encouraged new efforts to delay aging and its related ills, including the Google-backed biotech company Calico, which was founded in 2013 with the intention of doing just that. And as scientists continue to unlock the secrets of our cellular makeup, it seems more and more likely that the Fountain of Youth has been inside us all along.

Nature tested humanity’s resilience throughout 2010, from the rescue of 33 trapped Chilean miners to the eruption of the Icelandic volcano Eyjafjallajökull, which crippled air travel over Europe with a cloud of ash. But in February, Canadian resolve took hold at the Olympic Winter Games in Vancouver.

After freestyle skier Alexandre Bilodeau won Canada’s first Olympic gold on home soil and the Canadian women’s hockey team bested the Americans
to win gold, the Canadian men’s hockey team broke a 2-2 overtime tie against Team USA in the championship game with a side-of-the-net snap from Sidney Crosby—an epic goal that secured Canada’s record-setting haul of 14 gold medals. Most importantly, however, is that in a year of natural disasters and daring escapes it served as the sort of indisputably joyous moment we desperately needed.

This year marked a milestone for the boomer generation in Canada as the first of them turned 65 – a benchmark that offers pause for reflection. In 2011, Fidel Castro, the Cuban leader who served as a geopolitical wildcard and Cold War antagonist during the boomer cohorts’ formative years—most notably during the Cuban Missile Crisis—resigned after 49 years in power. And Jack Layton, a boomer who propelled the NDP to official government opposition status for the first time in history, passed away just three months afterward at age 61.

Still, boomers who felt the pangs of the rising millennial tide could take solace in the fact that not only do they remain a formidable social and cultural influence but one of their own offered a roadmap forward. In his final letter to Canadians, Layton declared, “Hope is better than fear. Optimism is better than despair. So let us be loving, hopeful and optimistic. And we’ll change the world.”

In her 86th year, the Queen became only the second British monarch to celebrate 60 years on the throne—the other being her great-great-grandmother, Queen Victoria. The Royal Family fanned out across the globe to lead celebrations while, at home, the Queen opened the Olympic Summer Games in London by seeming to parachute from a helicopter alongside Bond, James Bond. No wonder Bank of Canada governor Mark Carney, who ensured Canada’s economy was shaken but not stirred during the Great Recession, chose that year to enter into Her Majesty’s service by hopping across the pond to assume the role of governor of the Bank of England.

Canada captured the attention of the world—and, well, outer space—in 2013, from Leonard Cohen wrapping a hugely successful world tour on the back of his chart-topping Old Ideas album to Kathleen Wynne becoming the nation’s first openly gay premier.

In March, however, Canada truly “launched” into the intergalactic consciousness when Cmdr. Chris Hadfield, 54, became the first Canadian to assume command of the International Space Station. While there, the astronaut channelled his inner artist, beaming back stunning photographs of Earth from space and going viral with a zero gravity rendition of David Bowie’s “Space Oddity” while also taking time to chat with fellow Canuck star trekker William Shatner.

Then, in October, celebrated scribe Alice Munro, 82, received the Nobel Prize for Literature—becoming the first Canadian honoured with the award. Almost as amazing—an entire year of Canadian accomplishments went by and none of them involved beer, hockey or maple syrup.

If 2013 offered Canadians an emotional high, then 2014 served as the come down—a sobering time of reflection in the wake of a deadly attack on home soil.

On Oct. 22, a gunman arrived at Parliament Hill in Ottawa and embarked on a shooting spree, killing Cpl. Nathan Cirillo, a member of the Ceremonial Guard, and wounding three others before being fatally shot by an RCMP officer.

Sergeant-at-arms Kevin Vickers, 58, emerged as one of the heroes of the attack, leaping into action and returning fire at the gunman while defending the safety of the elected officials and civilians on the premises. Yet, despite the heroics of Vickers and the RCMP, the incident brought terrorism to the heart of Canada’s capital and left scars on the national consciousness that remain to this day.

Caitlyn Jenner might be the only person who captured more headlines than the new Canadian Prime Minister Justin Trudeau in 2015.

At 66, the former Bruce Jenner, a decathlon gold medalist at the 1976 Montreal Summer Olympics, came out as transgender during a televised interview before introducing herself as Caitlyn Jenner on the cover of Vanity Fair. Almost overnight, she went from being portrayed as the goofy butt-of-the-joke dad on her family’s reality show Keeping Up With the Kardashians to a woman in her 60s serving as the face of the American transgender community and the next stage of LGBT acceptance and equality.

She also proved a controversial figure, from her political beliefs to her comments on life as a woman, igniting deeper discussions about tribalism in the cultural discourse and condemning specific views while celebrating the same person’s progressive choices. Jenner proved that transitioning isn’t easy, both for the person doing it and for those attempting to accept it.

It’s impossible to look back on 2016 without noting Donald Trump’s unlikely presidential election. In Canada, though, our most emotionally charged moments played out to the tunes of The Tragically Hip. In the wake of Gord Downie’s battle with terminal brain cancer, the Hip announced the band’s Man Machine Poem tour—a Canada-wide wave goodbye culminating with a show in the band’s hometown of Kingston, Ont., and one final opportunity to celebrate what many consider our national soundtrack. Downie epitomized the “courage” he famously crooned about, both on stage and later that year, when he released his multimedia project Secret Path, raising donations and awareness of the plight of Indigenous people in Canada, including our history of residential schools.

The work Downie did is still showing results, with the Trudeau government recently announcing a new statutory holiday in remembrance of the survivors and victims of Canada’s residential school system.

The seeds of the #MeToo movement were planted in 2014 with the reigniting of sexual assault accusations against Bill Cosby. In 2016, Hillary Clinton’s election loss to a man with a history of misogyny ignited a collective rage, spurring worldwide women’s marches that drew more people than the Trump inauguration.

And in 2017, the takedown of Harvey Weinstein via sexual assault and rape claims revealed by the New York Times and Ronan Farrow in the New Yorker broke the dam. Women everywhere took to social media to recount stories of sexual assault using the hashtag #MeToo. The revolution was televised, tweeted and shared, bolstered by the bravery of the victims who chose to speak out. Eventually it spawned the Time’s Up movement, which combats workplace sexual assault and gender disparity in everything from hiring practices to industry representation and career advancement. It also put its money where its mouth is, establishing a legal defence fund to advocate for victims.