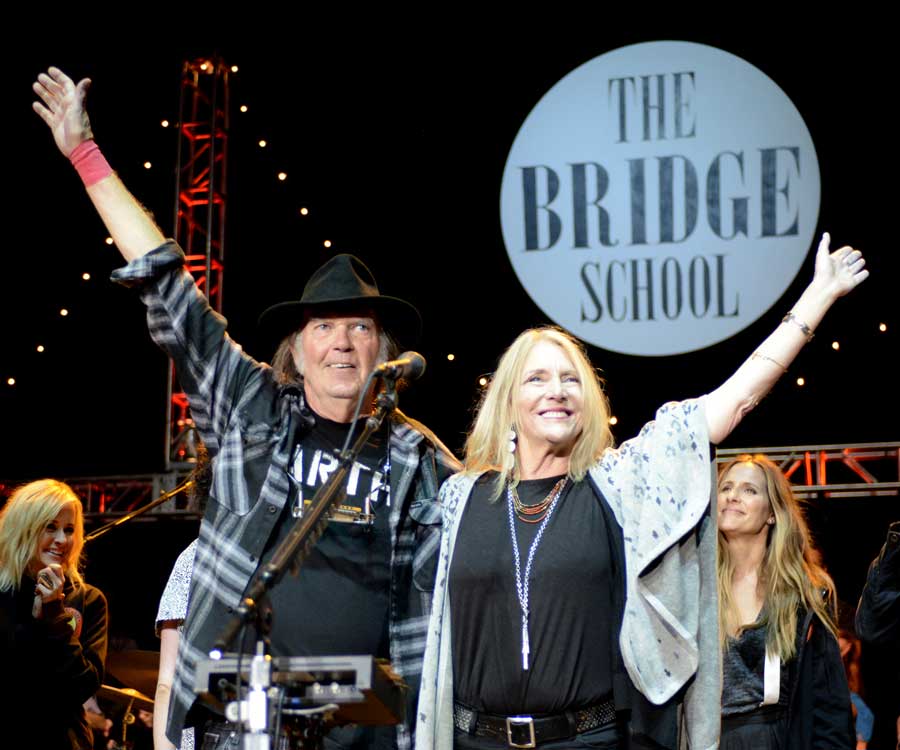 Pegi Young, an American singer-songwriter who was married to Canadian artist Neil Young for 36 years, has died at 66 after a battle with cancer.

In a Facebook post late Wednesday, her family said she died in her birthplace of California after a yearlong battle with cancer.

The pair separated in 2014 after having two children, daughter Amber and son Ben, who at a young age was diagnosed with cerebral palsy. Neil Young remarried in 2018 to actress and filmmaker Daryl Hannah.

Pegi Young, who started her singing career as a backup singer in the 1990s and often shared the stage with Neil, was also the inspiration behind his love songs, including “Such a Woman,” “Unknown Legend,” and “Once an Angel.”

As a solo artist, she released five solo albums and toured extensively, where she was occasionally joined by Neil on guitar.

During a 2016 Rolling Stone interview for her last release, “Raw,” she said she was surprised by her and Neil’s sudden separation despite some struggles late in their marriage.

“I never would’ve thought in a million years we would be getting divorced,” she said. “So, yeah, there was a bit of a shock value there.”

During their marriage, Pegi founded the Bridge School for children with severe speech and physical impairments after she struggled to find a suitable school placement for her son, who’s quadriplegic as a result of cerebral palsy.

In his 2012 book Waging Heavy Peace, Neil Young recalls the day his wife suggested they throw a series of benefit concerts to fund the project.

“She just blurted out, ‘Why don’t we just call your friends and put on concerts to raise money and start a school? We could get Bruce Springsteen!'” he wrote. “I just looked at her, dumfounded by this audacious idea.”

The audacious idea would come to fruition. The pair threw their first benefit concert in 1986. Through the years, the event featured not only Springsteen but other top-billing artists, including Elton John, Nine Inch Nails and Canadian artists Arcade Fire, Diana Krall and Sarah McLachlan.

There were over two dozen such benefits before it was announced that the 2016 edition was the final show.