The Hottest Looks on the Golden Globes Red Carpet 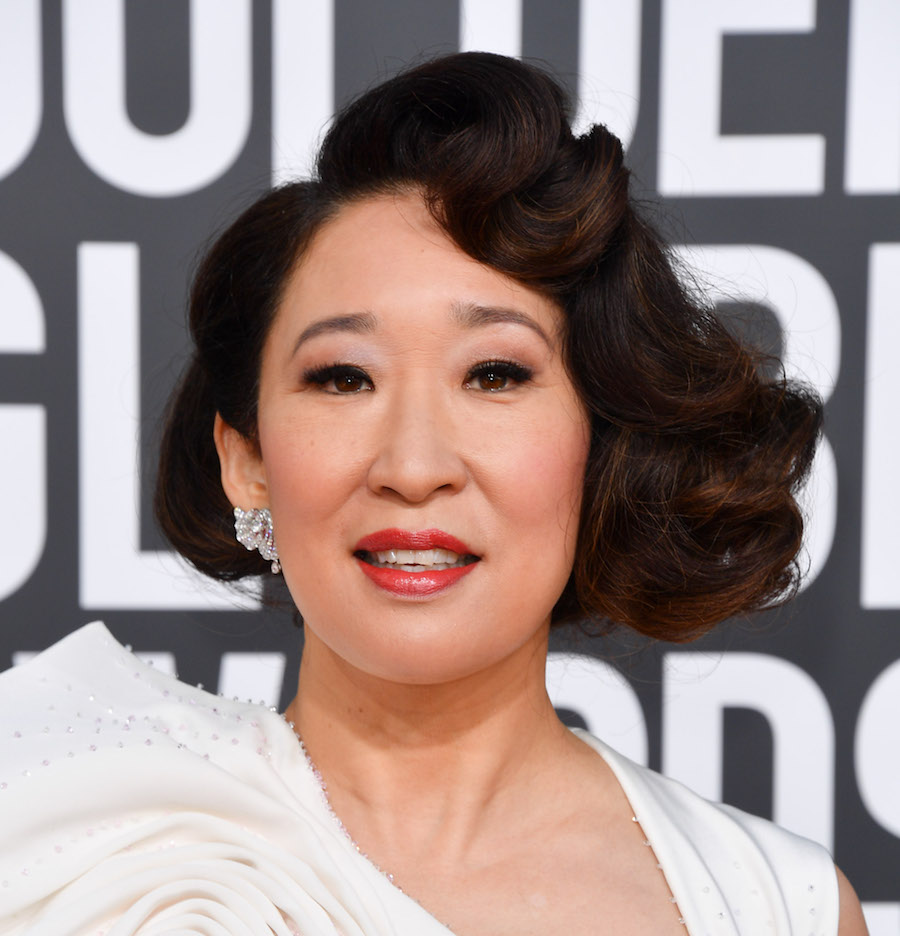 The Golden Globes Awards is certainly developing into one of Hollywood’s most interesting red carpets.

Last year’s Golden Globes featured an all-black dress code on the red carpet, in support of the #TimesUp movement to fight sexual harassment in the workplace.

This year’s award show featured an eclectic array of style. The biggest sartorial splashes came from the men. Traditionally, actors only had one option for the red carpet – the classic black and white tuxedo. This year, many actors opted for swanky tuxedo jackets — some in velvet — in jewel colours, such as Idris Elba in a green-on-green patterned jacket. Others opted for floral prints, like Globe winner for lead actor in a Limited Series, Darren Criss. And while the tux was still very much in abundance, the ones that stood out from the flock were mesmerizing in all-white — such as Bradley Cooper’s creamy white suit.

The Golden Globe’s co-host, Canadian and a winner for Killing Eve, Sandra Oh, led an all-star parade of glamour down the red carpet.  Here, our picks for best dressed. NICOLE KIDMAN, 51 The A-list actress in an oxblood sequinned gown which looks almost like a suit-of-armour. OCTAVIA SPENCER, 46 Wearing a custom Christian Sirano dress, she’s the perfect example of how a full figured woman can pull off the princess look elegantly. JULIA ROBERTS, 51 The pant-and-gown combo is a tricky red-carpet look. But the award winning actress makes it look effortless and elegant. CAROL BURNETT, 85 The comedienne opts for those red carpet staples – velvet and beading – for an elegant and timeless look. MICHELLE YEOH, 56 The Crazy Rich Asians star rocks a green ensemble of lace, leather and silk.  As for the dice-sized emerald ring she was wearing (that her character also wore in the film), it’s from her own personal jewelry collection. LADY GAGA, 32 While technically not Zoomer-age, we singled out the singer and actress, known for some of the kookiest red carpet looks – like her infamous meat dress – for evoking some old-school glamour. Her custom Valentino gown is dramatic yet elegant. But she still retained some of her ground-breaking sartorial spirit by colouring her hair a matching pale blue. BILLY PORTER, 49 The openly gay actor of Pose and American Horror Story brought an array of extravagant gender-bending outfits to all the events he attended during the Golden Globes weekend. And he did not disappoint for the big award show on Sunday night, swooning in on the red carpet in a dramatic cape lined in Schiaparelli pink. BRADLEY COOPER, 44, AND IRINA SHAYK It was not just the ladies who opted for white hot looks. The director and actor of A Star Is Born, lit up the red carpet in a decadent looking creamy-white tux. SANDRA OH, 47 The Canadian actress not only co-hosted the Globes — the first ever Asian actor to do so — but she also took home the Best Actress Award for her role in Killing Eve. HALLE BERRY, 52 The award-winning actress with the killer body showed how a near-naked dress can be dramatic yet chic with this Zuhair Murad design. PATRICIA CLARKSON, 59 The actress said she loved this George Chakra gown and selected it ages ago for another event but never wore it. She chalked it up to superstition and it proved to be a winning look as she took home her first Golden Globe award for her role in the mini series, Sharp Objects.