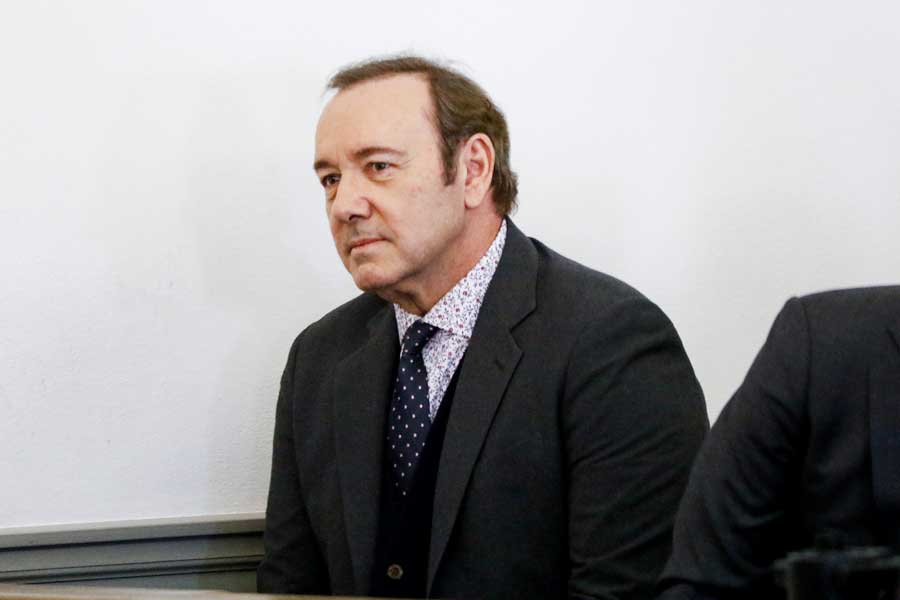 Actor Kevin Spacey made his first court appearance on Monday morning for a felony charge of indecent assault and battery.

The charge relates to allegations that he groped an 18-year-old busboy in a restaurant on the island of Nantucket in 2016. The accusation was first made public by the alleged victim’s mother, former news anchor Heather Unruh, in November 2017.

Spacey’s representation initially tried to get the actor out of the court appearance — which was broadcast live on CNN — arguing that it would “amplify the negative publicity already generated” by the case. However, Judge Thomas Barrett denied the request.

The Academy Award-winning actor stirred up his fair share of negative press with a bizarre video he tweeted on Christmas Eve where he defended himself against the allegations as his House of Cards character, Frank Underwood.

Spacey appeared at the Nantucket courthouse intending to plead not guilty, but was not asked to enter a plea. The only time the actor was asked to speak during the proceeding was to confirm that he understood court orders that forbade him from contacting the alleged victim.

Much of the hearing was concerned with a video recording pertaining to the incident. Initial reports had suggested the accuser recorded the alleged incident and sent the tape to his girlfriend. However, it later emerged that the clip did not capture Spacey’s hand on the alleged victim’s genitals.

Spacey’s Lawyer, Alan Jackson urged the judge to request that any material — video or text — not be deleted as they may prove Spacey’s innocence. The prosecution dismissed the importance of the messages between the accuser and his girlfriend calling the defence’s request “a fishing expedition.”

The accuser is being represented by Mitchell Garabedian, a Boston lawyer known for leading the prosecution of predatory priests in the diocese, the story of which was told in the movie Spotlight.

Garabedian told The Telegraph that his client was coming forward to encourage other victims to speak out.

“My client is a determined and encouraging voice for those victims not yet ready to report being sexually assaulted,” he told The Telegraph. “My client is leading by example.”

The accuser told investigators that he was the one who approached Spacey to request a photo on the night of the alleged incident. According to the accuser, the assault took place after he was finished his shift sometime after midnight, after he and Spacey had drank heavily.

Spacey’s lawyer has argued that there are “inconsistencies” in the accuser’s story, claiming that the alleged victim didn’t pull away from Spacey for three minutes.

The accuser has admitted that he lied about his age, telling Spacey he was 23 at the time — over the legal drinking age of 21 in the state.

The hearing lasted a total of 10 minutes, during which a pretrial hearing was set for March 4.

Spacey has been accused of sexual misconduct by more than a dozen men including actor Anthony Rapp, who received a publicly released apology from Spacey after he accused the actor of making sexual advances toward him in 1986, when he was 14.

Netflix fired Spacey and killed off his character from their hit series House of Cards after learning of the allegations, but this is the first accusation to result in a felony charge.