The Bald-Faced Truth: Why John Travolta (and Others) Look Great With No Hair 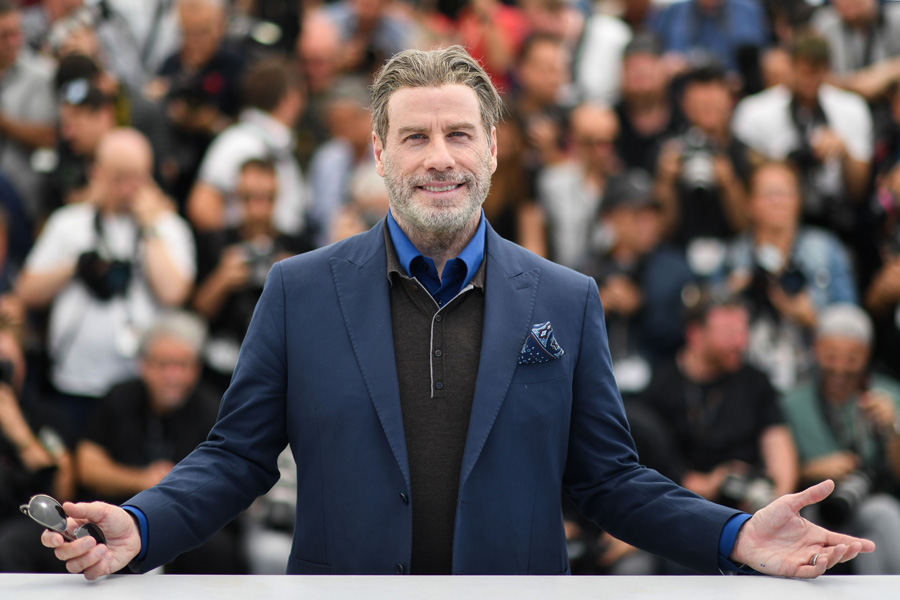 The cover of the Dec. 19, 1989 edition of People magazine announced it proudly: “Older, balder … and better!” It was the magazine’s fifth “Sexiest Man Alive” issue and the winner, Sean Connery, then 59 and the oldest and baldest honouree in history, validated something many follicly-challenged men already knew — bald is beautiful. And James Bond himself was exhibit A.

Granted, not all bald men are Sean Connery. Some relate more closely to Seinfeld’s George Costanza, the character on the classic sitcom whose baldness becomes something of a self-defeating personality characteristic as well as a punch line. In fact, in a 1994 episode when Jerry Seinfeld tells George that he’s dating a woman who lives with her parents, George, a grown man who also lives with his parents, responds, “Really? Maybe this will become like a cool thing, living with your parents.” Jerry replies sarcastically, “Yeah, then maybe baldness will catch on.”

Well the joke’s on Jerry, because 25 years later baldness has not only caught on, but it’s a bona fide style trend. If men like Connery and NBA great Michael Jordan gave baldness cred in the 1990s, stars like Dwayne Johnson, Jason Statham, LL Cool J, Bruce Willis, Patrick Stewart, Stanley Tucci, Howie Mandel and others all helped to dispel the myth that hair = hot. Instead of enduring receding hairlines or “Friar Tuck” hair (bald in the middle and hair all around the circumference of the head), they took charge of the situation and buzzed it all off. And guess what? People love it.

A 2017 University of Pennsylvania study showed that, “men who willingly ditch their hair are perceived as more appealing because they’ve gone against the traditional norms associated with hair and vitality.” The same study also said, “bald men, being perceived as more dominant, will do better in business and economically overall.”

Perhaps that played into actor John Travolta’s reasoning for recently joining the (No) Hair Club for Men. Shearing, or removing, his mane is a huge step for the 64-year-old star whose hair is a thing of legend all its own. Just think of the legendary hair he’s brandished in some of his most famous films:

Okay, Battlefield Earth is a joke, but the point stands.

In a recent post on Instagram, Travolta posed for a selfie with his daughter, Elle Bleu, and a light bulb reflecting off his freshly shaved dome. Dressed all in black, with a bow tie and a martini, Travolta channelled a bald James Bond himself. And the online reaction proved overwhelmingly positive, with fans cheering the fresh look along with the stubble beard. And while no one’s for sure whether this is a permanent personal choice or a cosmetic one for a film — which he’s done in the past, going bald for roles in From Paris with Love (2010) and the 2018 mob film Gotti — we’re guessing some influence rubbed off from his bald buddy Pitbull, the rapper behind the Gotti soundtrack who Travolta also recently accompanied to a Hollywood hand and footprint ceremony. After all, even young men who aren’t at risk of losing their hair are shaving it all off, preferring the smooth, classy, cue ball look.

And if Travolta, or any other Mr. Clean lookalikes out there start to feel self-conscious about their bare dome, remember the words of Larry David, co-creator of Seinfeld, creator and star of Curb Your Enthusiasm and real-life inspiration for George Costanza: “Anyone can be confident with a full head of hair. But a confident bald man — there’s your diamond in the rough.”