Happy Birthday, Kate! The Duchess of Cambridge’s Best Style Moments From The Past Year 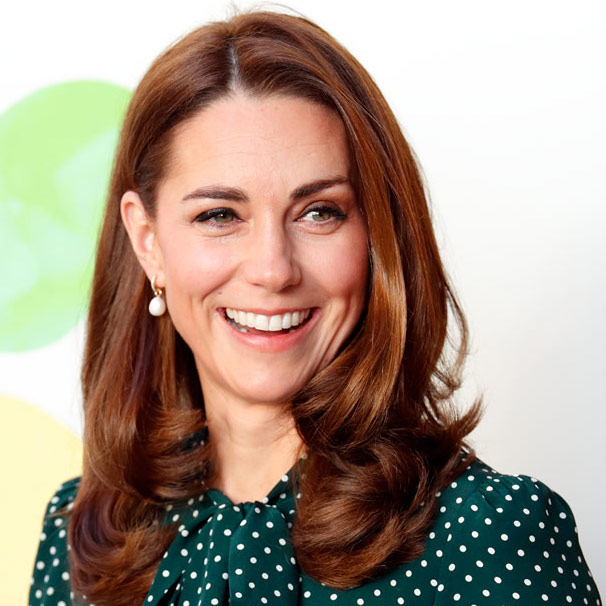 This week, the Duchess of Cambridge bids a fond farewell to an exciting year (babies, weddings, anniversaries!) as she celebrates her 37th birthday on Jan. 9. So, can we safely assume that Kate will spend a relaxing day at home with hubby Prince William and their three adorable tots? Well … not exactly.

For at least part of the day, Kate won’t be celebrating with William, as the future king will be busy visiting the London Air Ambulance, which celebrates its 30th anniversary on Wednesday.

But with no public engagements scheduled that day for herself, Kate — one of the most photographed women in the world — can avoid the glare of the paparazzi’s lens and relish some downtime before she dives back into her first royal duties of the new year later this week. It’s a busy week, though, as her two eldest kids, Prince George, 5, and Princess Charlotte, 3, also head back to school this week — but there will no doubt be plenty of time for them to celebrate Mum after class, along with eight-month-old Prince Louis.

It’s still too early to know what 2019 will hold for Kate (and the rest of the Royal Family) but one thing is for certain — she’ll be an auntie again. Mere months after younger sister Pippa gave birth to her son, Arthur, Kate will become an aunt for a second time when Meghan, Duchess of Sussex has her first child with Prince Harry this spring.

In honour of Kate’s 37th birthday, we revisit some of our favourite fashion moments from the duchess this past year.

Let’s start with this fashion highlight, which also happens to be my favourite Kate style moment of 2018. The duchess wore this S-T-U-N-N-I-N-G blush gown by Alexander McQueen for a formal dinner at the Norwegian Royal Palace while on a Royal Tour with William in February.

A then-pregnant Kate paired this green gem by Jenny Packham with emerald jewellery for a night out at the BAFTA Awards in London. However, the duchess received some online backlash for the choice, as she opted to go against BAFTA’s all-black dress code in support of the #TimesUp movement. (But remember, keyboard vigilantes: the royals tend to remain tight-lipped about their opinions on matters of politics, social or otherwise. Kate was simply toeing the line here — and she looked marvelous while doing it.)

Talk about a fashion flashback! The duchess introduced wee Prince Louis to the world in April wearing a custom Jenny Packham dress, channeling the moment when the late Diana, Princess of Wales first carried baby William onto the steps of the hospital to greet the world for the first time.

The duchess has arguably never looked more radiant than during the July 9 christening of Prince Louis. She paired her all-white Alexander McQueen dress with a thick, yet delicate, headband by Jane Taylor.

Feud? — What feud? The Duchesses of Cambridge and Sussex proved the rumour mill wrong during their first solo joint appearance at Wimbledon in July to watch Meghan’s friend Serena Williams play Germany’s Angelique Kerber. A beaming Kate wore this charming polka-dot Jenny Packham number that won over the crowds.

The duchess stepped out in a vibrant blue coat dress by Eponine, which she also wore on at least one other occasion in 2017. (We love a royal who recycles her outfits!) Kate paired her ensemble with navy stilettos from Rupert Sanderson and sapphire drop earrings.

Kate was all smiles as she and William arrived at a Christmas party last month for military families in London. The duchess opted for a festive plaid skirt by Emilia Wickstead and a form-fitting black sweater by Brora.