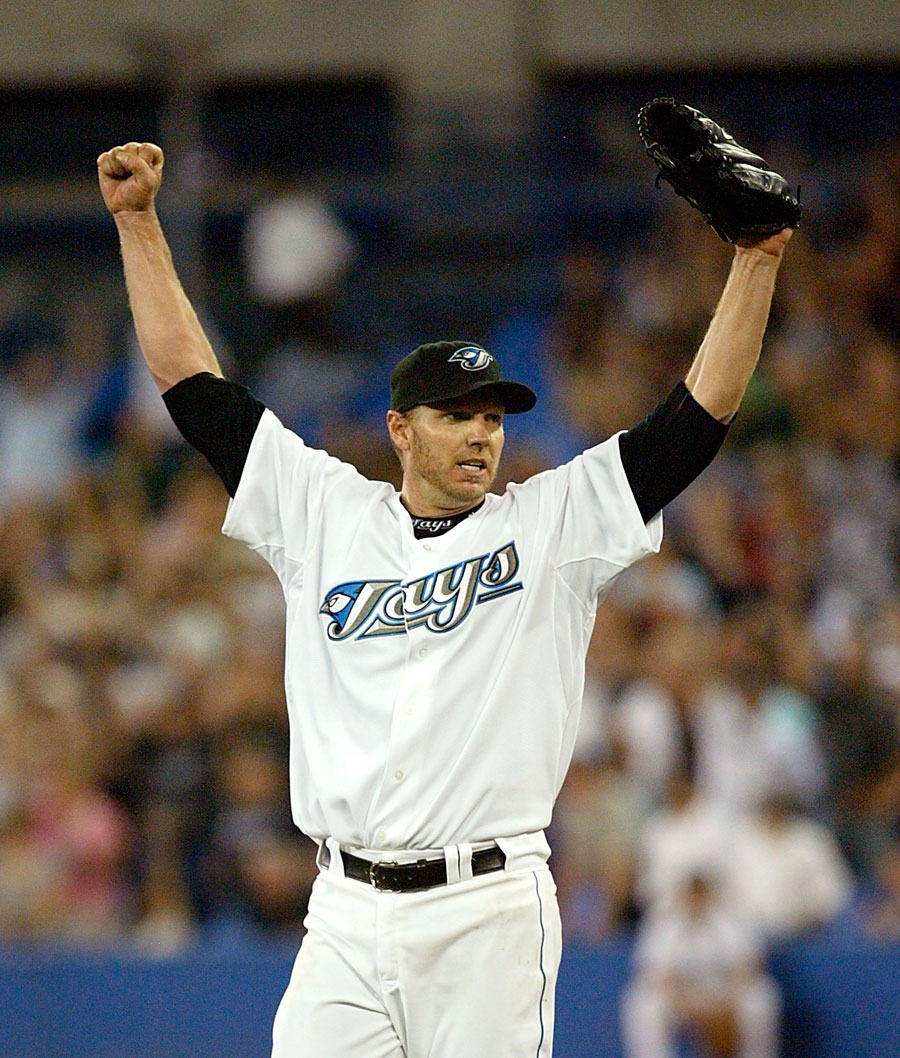 Roy Halladay, one of the best pitchers of his generation, has been elected to the Baseball Hall of Fame. Photo: Dave Sandford/Getty Images

Now that the late Roy “Doc” Halladay has been elected into Baseball’s Hall of Fame—which he was last night capturing an overwhelming 85 per cent of the vote—sports fans can begin debating whether he was the best Toronto Blue Jay ever.

Halladay will be joined in Cooperstown by Edgar Martinez, Mike Mussina and Mariano Rivera, the first ever player to be elected unanimously. Halladay, who died tragically at the age of 40 in 2017 in a small-plane crash, was represented by his wife Brandy, who described her husband’s unyielding drive “to be successful every single day of his 16-year career” and that his election “is the end result of that effort.”

You could not put it better than that. In an era when many pitchers resorted to performance enhancing drugs, nobody worked harder or studied opposing batters closer than Halladay. After struggling early in his career, he went down to the minors and re-made himself into a pitcher who eventually became, as wife Brandy says, “successful every single day” of his career.

Halladay’s career statistics jump out at you: A 203-105 record with a 3.38 ERA, 2,117 strikeouts and two Cy Young awards (given to baseball’s top pitcher). And most of these accomplishments were made while playing 12 seasons for often bad and forgettable Blue Jays squads.

But those who followed Doc’s career closely remember that he brought something special every time he took the mound, something that could never be measured by numbers.

He brought a quiet confidence, control, efficiency and stability to the club every time he took the mound. When Doc had the ball, fans simply knew they were in good hands. The lanky righty would pitch quickly, walk nobody, eat up innings and keep the batters off-balance—you could almost always pencil him in for a quality start every time he went out there.

If you wanted to get a perfect glimpse to sum up the pitching career of Roy Halladay, flashback to a 2003 gem against Detroit: 10 innings pitched, 3 hits, 0 runs. Amazingly, he only threw 99 pitches that day.

Later in his career, after he had been traded to the Philadelphia Phillies, he finally got the national acclaim he deserved. Halladay not only pitched a perfect game but also threw a no-hitter in the playoffs, the first time that had been done since Don Larsen in 1956.

Back to the original question, was Roy Halladay the best Toronto Blue Jay of all time? In terms of pitching, there have been some great ones over the years: the manic Dave Stieb, an aging Jack Morris or the steroid-fuelled Roger Clemens. But if you ask any baseball manager who on that list they’d want out there to start Game 7 of the World Series, I’m convinced all would choose Halladay.

So Halladay is the best pitcher to wear a Blue Jays’ jersey. But is he greater than Roberto Alomar, the only other Jay to ever get elected to the Hall of Fame? It’s almost impossible to choose between the two but, if pushed, I’d have to give Alomar the tiniest edge, mainly because he was a key contributor to two World Series victories.