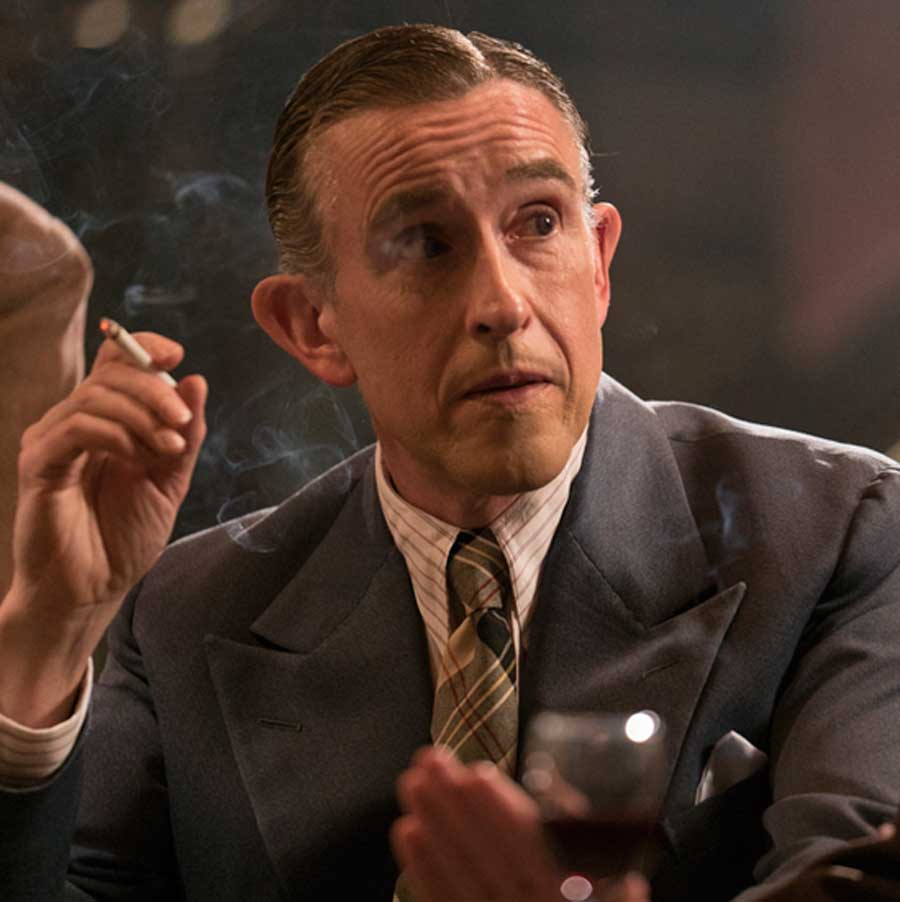 “I felt like I was as well qualified as anyone to take on the role,” award-winning British actor and writer Steve Coogan says of playing comedy great Stan Laurel opposite John C. Reilly as Oliver Hardy in the touching new Laurel and Hardy biopic Stan & Ollie. In fact, Coogan counts the duo’s films among the “landscape of comedy” that caught his attention as a child, influencing his comedic vocation – not to mention the 53-year-old’s uncanny resemblance to Stan Laurel. Coogan recently discussed the film with Zoomer. MIKE CRISOLAGO: One of the amazing things about this film, to me, is that not only do you have to emulate Stan Laurel as we knew him, on screen, but then you also have to take on his off-screen persona as well. What were some of the most challenging aspects of that duality?

STEVE COOGAN: Well, it’s twofold. One is trying to recreate what they do on screen. But we don’t concentrate too much on that, although we did three weeks of rehearsal where we had to try and emulate the dance routines, emulate some of that slapstick physicality. And we’ve learned a lot of the routines and had to be quite detailed and forensic about reproducing those things.

But it really wasn’t about that and had the movie been about that then I doubt I would have taken part because there’s no point duplicating what they did very well themselves originally. That’s just kind of pointless exercise. But because the movie was about their private life, who they were as individuals and a window of their lives which is an interesting one that we know a little bit about but not an awful lot, which is when they were in a more interesting period when the time in the spotlight was a kind of fading memory. And they were in a different place trying to carry on past glories and make some money. That seems a more fruitful area of their lives.

MC: What elements of Stan Laurel’s character could you relate to as a comedian and a performer?

SC: He was a comic writer and performer – that’s what I’ve done for most of my career is write and perform comedy in one way or another. And he was from the north of England, he had ambition to break out of his lower middle class upbringing and try and to do great things in comedy and I’ve had that ambition and had it from an early age. So I think I felt like I understood some of what made him tick, the difficulty of doing comedy.

And people, when they see you do funny stuff on TV, the paradox, the curse, is that if people laugh at something that looks kind of effortless they think you’re just intrinsically funny and it’s just a ball. And you think, well, it is sometimes funny but it’s mostly just hard work. I mean, I’m not complaining, I love the work I do but you have to roll your sleeves up to get it right, to make people laugh, to get it funny requires application. And Stan Laurel understood that and he most of the heavy lifting with Laurel and Hardy. Not diminishing Oliver Hardy’s role cause he brought ideas on the set and helped bring his characters to life, but Laurel was the one who was doing most of the work. And so I definitely understood that struggle.

MC: I learned so much about the Laurel and Hardy story and their personal lives through the film that I had never known before. What did you learn about them, or what surprised you about them, when making this film

SC: Well, the fact that they were broke. I knew that they weren’t super rich but I was shocked that they kind of had to do this tour because they didn’t have much money. And I remember learning that Stan Laurel kept writing for him and Oliver after Oliver’s death and that is very, very poignant and sad but somehow beautiful. That really catches me in the throat whenever I read that and [whenever I] see that in the movie.

MC: I had the exact same reaction. Why do you think Laurel and Hardy’s story is still relevant today, so many decades after they died, let alone their heyday?

SC: Well, I think the comedy’s timeless. There are no contemporary references in their comedy and that’s no accident. The comedy they did, these classless figures, we don’t know much about them apart from they’re struggling with life, trying to get on. This gentle comedy is like a sanctuary for people. It’s timeless and dateless, you don’t need to be aware of literally what’s going on, who the people, public figures are at the time to understand the comedy.

But the more important thing is that I think today it is as [valid] as it was then because we are also in turbulent times today. The world seems a harsh place, unforgiving … the rise of extremism and extreme nationalism all over the world, it’s all very troubling. And it’s not a time of serenity or stability, it’s a time of, it feels [to me], instability and turmoil. And there are not many movies out there that celebrate simple humanity, the humanity we have towards each other, how we learn to live with each other and build bridges even though we have differences. And I’d like to [think the] Stan & Ollie movie, it’s just about a simple friendship and it’s a nice place to go for 90 minutes to learn about these two guys who cared about each other and brought joy to people that was an uncynical kind of comedy that was an uplifting comedy. Celebration of humanity rather than comedy based on acerbic satirical cynicism.

MC: Absolutely. And looking at it as a story about second acts as well, I’m wondering if there’s a lesson at all in Stan and Ollie’s own lives about moving on, even though they were sort of past their prime, and still pursuing their dreams.

SC: When you have a friendship with someone, often long friendships go through ups and downs but they hopefully arrive at a place … where you embrace everything about that person and love someone unconditionally, as it were, and embrace the differences. And so I think that maturity in growing old is learning to find what unites us and not what divides us and navigating our way through those choppy waters. One of the great things about Laurel and Hardy was that their comedy made people laugh and not in a nasty way, never encouraged hatred. Because some comedy can encourage hatred and contempt for people but they managed to make people laugh whatever their background. Some people are very different religions, very different political world views and both can sit and watch a Laurel and Hardy movie and laugh at the stuff that goes on. And there’s something quite special about that, that you can unify people even if it’s only for 20 minutes while you’re laughing at two silly guys.