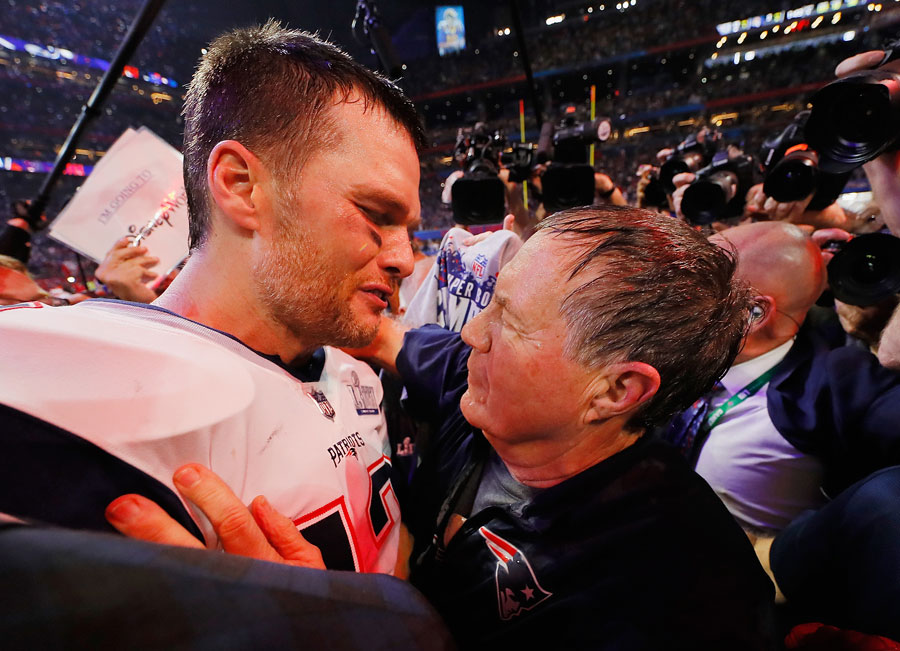 Winning the Super Bowl never gets old. Neither, it seems, do Tom Brady or Bill Belichick.

Last night’s Super Bowl matchup was billed as young vs. old, the watershed game where the aging New England Patriots would finally pass the torch of greatness to the youthful Los Angeles Rams. The game itself won’t go down as an historic thriller. But for those who love defensive football and coaching genius, this was a game for the ages. The old veteran Brady manufactured enough on offence to drain the clock with long drives (which produced few points) and the Patriots stout defence choked the Rams offence and morale, forcing them to punt, punt, punt and punt again.

The latest Super Bowl victory cements the Brady and Belichick duo as possibly the greatest one-two combination in sports history. While the rest of the Patriots’ team and coaches is comprised of an ever-changing cast, the quarterback and coach remain the sole constants since 2000. And in that incredible 19-year span, they’ve now been to nine Super Bowls, winning six.

“Enjoy it now,” said colour commentator Tony Romo, acknowledging the moment. “Because you’re never going to see anything like this again.”

Brady, the consummate pro, can read and pick apart any defence. He seldom loses his cool and has a preternatural gift for finding receivers on third downs. Although he didn’t have his A-game last night, he orchestrated two of his trademark fourth quarter drives to stamp out any chances the Rams had of winning.

Brady feeds off Belichick, the football genius who grimly stares out from the sideline, looking for any edge possible and quickly adjusting tactics to what he sees on the field. Unlike any coach in NFL history, he can develop a game plan that perfectly suits the opponent, often doing the exact opposite to what’s expected. Last night’s incredible defensive showing against the Rams’ high-octane offence last night was another gem, “perhaps the most masterful strategizing seen from Bill Belichick since the last time he bested a juggernaut Rams offense, in Super Bowl XXXVI.”

And the pair’s ridiculous attention to every detail rubs off on the rest of the players. A well trained unit, there’s a professionalism about this team that is unlike any other in current sports.

While the Patriots struggled early in the year, you always had the sense the Pats would regain their balance. “When things don’t go right, these guys have a resolve to fix it,” said Belichick. “In the biggest moments when they had to play their best football, they did it,” he said in the press conference following the game.

“Do your job,” is the coach’s simple mantra but it’s the one that’s brought so much success. Brady and Belichick have always followed it and will continue to until…well who knows how long it will go on.

After the game, Brady said, as he usually does, that he has no intention of retiring. Nor, it seems does Belichick. Although the gruff old coach showed a rare moment of humanity, grinning for the first time all year while holding his granddaughter on the stage, it doesn’t seem likely this football lifer will walk away from his position anytime soon. Winning just doesn’t get old. And as long as Tom Brady or Bill Belichick have a chance of capturing another Super Bowl together, they’ll be with us for a while longer yet.