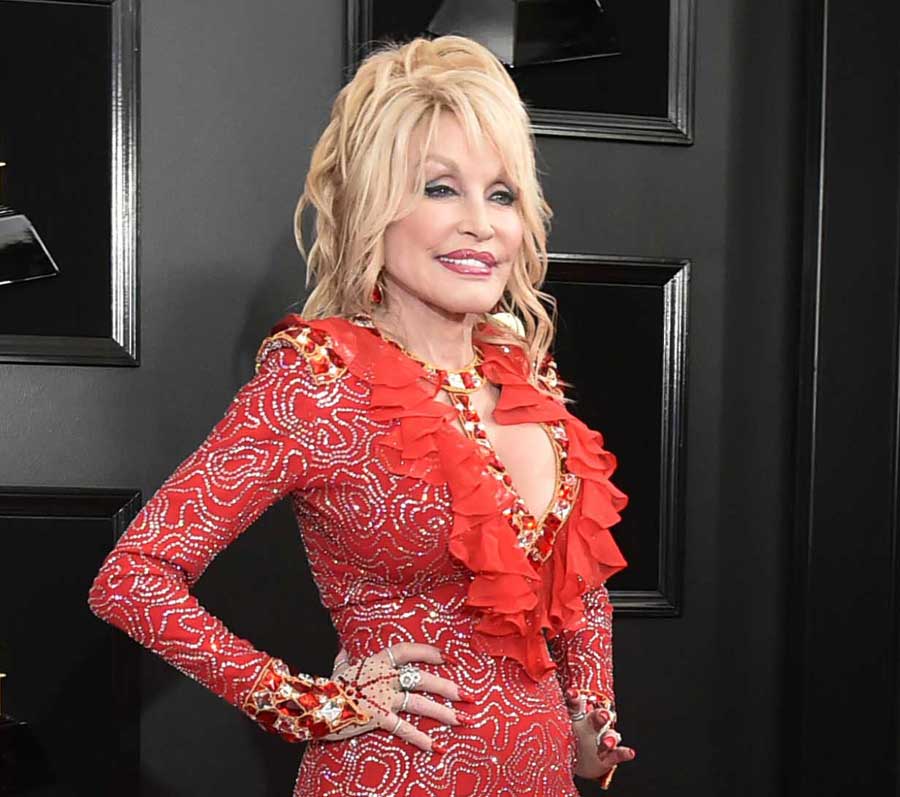 The 61st Grammys on Sunday night at Staples Centre in Los Angeles aimed to tackle their dwindling viewership, the boycott levied by major artists and some of the biggest snubs when it came to giving out the gold Gramophone trophies.

And the organizers seemed to do so with a decree which proclaimed “let the women shine.”

The evening started on a high note with Alicia Keys as host. A rousing tribute to Dolly Parton reminded us she is indeed a national treasure. The legendary Diana Ross came out for one more performance. The utterly divine Chaka Khan showed up to let us know she hasn’t retired. The iconic Dionne Warwick added some grace to the proceedings. And a very popular former First Lady brought the audience to their feet in exalted surprise at her unexpected appearance.

As for the fashions at the Grammys, one can always look forward to the salacious, the adventurous, the dramatic and just plain old wacky.

The award show celebrating excellence in the music industry never adheres to  one particular dress code—such as the formality of the Oscars or Golden Globes. These are rock stars after all, whose personas are often reflected in their attire. And they came dressed as they wish.

But while the hip boy bands and the pretty pop stars might get the big cheers and screams on the red carpet, we salute the seasoned melody makers who ruled the style game at this year’s Grammys, proving that when it comes to tempo, age is nothing but a number.

The evening’s most glamorous couple looked like they were dressed for different events. He looks like an elegant crooner heading to a swanky Las Vegas lounge, while she—ever the daring red carpet dresser—looked like she’s headed for a saloon in Westworld.

A refreshing choice to host the Grammys, the singer also hit a perfect note with her siren red gown.

With the trio all now in their 50s, they prove they still have sizzle and style.

The queen of country music was serenaded with a stellar all-star tribute to her career and at 73 years old, she was the one true icon of the evening.

The 78-year-old singer showed up at the Grammys to collect her Lifetime Achievement Award, striking a note of quiet elegance.

At 65 years old, ain’t nobody like the irrepressible diva, who will release her first album in 12 years, this week.

In on one of the truly surprising moments of the Grammys, former First Lady Michelle Obama, made an appearance, along with her ‘girls’ to speak of the importance of music.

If her signature big hair looked tamed down, her gown made up for the volume and ballooned out, and there was no stopping Ms. Ross from soaring when she took to the stage.

Not living in her mother, Diana Ross’ shadow, the actress is a picture of poise in a serpent embellished suit.