By the Decade: 10 Unforgettable Oscar Moments 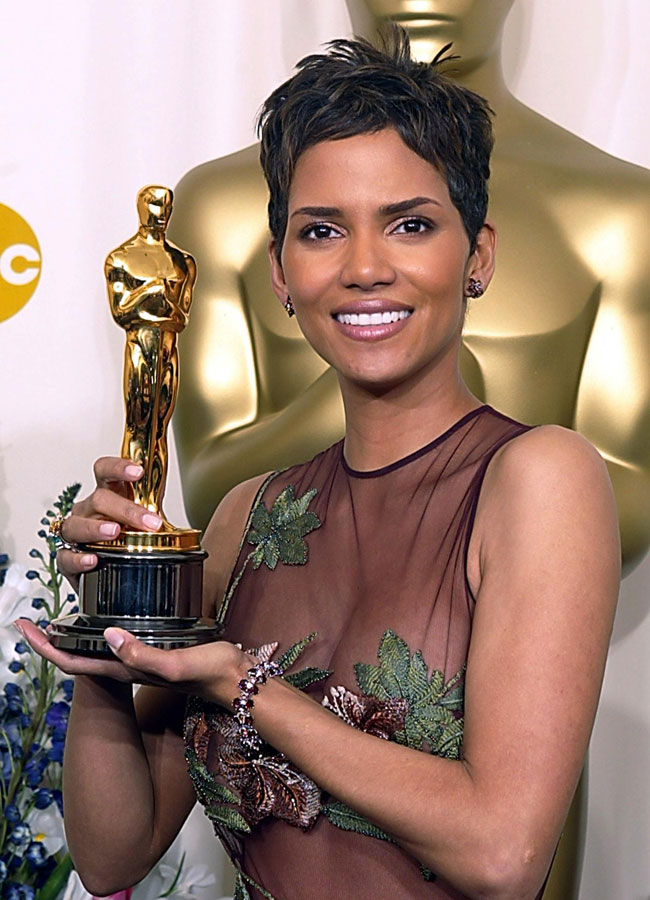 In honour of the 91st Academy Awards, we’ve selected our favourite Oscar moment from each decade.

From its humble origins in 1929 to the four-hour televised spectacle it is today, the Oscars have come along way.

Within its 91-year history there are moments that remain imprinted in our memory and go beyond mere water cooler talk.

The inaugural Academy Awards had little of the production value the ceremony possesses today. In fact, it was the only Academy Awards that wasn’t broadcast in some way — at least the following year’s ceremony was broadcast over the radio.

Organizers also seemed to have no interest in entertaining the 270 guests in attendance. Any anticipation surrounding the results was snuffed out three months prior to the event when the winners were previously announced in the Los Angeles Times.

Making the night even more awkward was the Academy’s decision to eliminate films using sound from Best Picture contention.

The latter problem was ultimately solved organically the following year, after the film industry had fully embraced sound. As for the lack of anticipation surrounding the event, going forward the Academy revealed the winners to the newspapers with the agreement that they publish only after the ceremony.

However, this process would change again 10 years later when one newspaper published the results in their evening edition, available ahead of the ceremony.
In response, the Oscars adopted the sealed envelope system still in use today, which — as evidenced during the 2017 ceremony — hasn’t exactly been foolproof either.

The 7th annual Academy Awards was the first of two ceremonies where balloting was done out in the open and write-in votes were permitted.

Although Bette Davis received the most write-in votes for Best Actress, it wouldn’t be enough to beat out Claudette Colbert who starred in It Happened One Night, which was the first film to sweep all four of the major categories.

At the 12th Academy Awards, Hattie McDaniel became the first African-American to receive an Oscar, taking home Best Supporting Actress for her role as Mammy in Gone With the Wind.

However, the racist climate in the United States at the time almost prevented the actress from attending the event. With the ceremony held at the segregated Ambassador Hotel, Gone With The Wind producer David O. Selznick had to petition for her attendance.

Although he was successful, McDaniel was forced to sit in the back of the venue, separated from her fellow co-stars.

In lieu of the acceptance speech Selznick had provided her, McDaniel’s delivered one she had prepared with the help of Black writer Ruby Berkley.

“It has made me feel very, very humble, and I shall always hold it as a beacon for anything I may be able to do in the future,” she told the crowd. “I sincerely hope I shall always be a credit to my race and to the motion picture industry.”

The first televised Academy Awards ceremony in 1953 was an ambitious production split between two separate venues, one in Hollywood and another junior edition of the ceremonies in New York to accommodate actors performing on Broadway.

One of the highlights of the broadcast, was the antics of Hollywood host Bob Hope, who had plenty of material for the momentous occasion.

“Isn’t it exciting to know that a lot of these glamorous stars are going to be in your homes tonight,” he told the audience. “All over America housewives are turning to their husbands and saying, ‘Put on your shirt, Joan Crawford is coming.”

Lasting 110 minutes, the telecast was seen in an estimated 10.9 million homes, which more than tripled the following year.

Sidney Poitier became the first Black man to receive an Oscar, winning Best Actor for his role in Lilies of the Field.

Much of the talk, though, was the congratulatory peck that Anne Bancroft gave Poitier after presenting him with the award.

At the time, interracial marriage was still not legal in all 50 states and racial conservatives considered the kiss offensive.

It would take another 38 years for another Black man — Denzel Washington — to win in the same category.

She also likely holds the unofficial record for shortest Oscar acceptance speech of all time. Stepping to the podium wearing a tuxedo, the nervous youngster delivered just one concise sentence.

“All I really want to thank is my director Peter Bogdanovich and my father,” she said before taking a deep breath. “Thank you.”

“You like me, you really like me!” It’s the line that most people remember from Sally Field’s acceptance speech for her Best Actress Oscar in 1985.

But like a great many of movie quotes including “Luke, I am your father,” the quote is incorrect.

“I can’t deny the fact that you like me, right now, you like me,” was what the beaming actress really said at the end of her speech.

In an interview with the Hollywood Reporter she explained the reason behind the spontaneous outburst.

Ben Affleck and Matt Damon were introduced to the world, winning best original screenplay for Good Will Hunting.

Perhaps making the win even more memorable was the pair’s backstory that became well known to fans after the win.

Before selling the script to studios, Damon and Affleck were living at a friend’s house, barely scraping by.

“It was like we’d won the lottery,” Damon said of the offers for the script in a Q&A with Interview Magazine. “We were talking about the difference between eating Spam every day and being able to buy a three-bedroom house with a pool table and new cars.”

Halle Berry became the first — and only — Black woman to win an Academy Award for Best Actress for Monster’s Ball.

However, Berry’s hope that the award would be a catalyst for change has not come to fruition. Fifteen years later, there has yet to be another Black female winner.

Reflecting on the award in an interview with Variety, Berry lamented its lack of significance but was hopeful that she and others in the industry could remedy the imbalance.

“I think black people [and] people of colour only have a chance to win based on how much we’re allowed to put out,” Berry told Variety in a 2017 interview.

“That says to me that we need more people of color writing, directing, producing — not just starring. We have to start telling stories that include us.”

But what was meant to be the biggest moment in his career went sideways when the film’s estranged producer, Elinor Burkett, ambushed Williams as he attempted to make his acceptance speech.

“The man never lets the woman talk,” Burkett starts off. “Isn’t that just the classic thing?”

As she rambled on Williams smiled politely, only chiming in to help thank Prudence Mabena, who was the subject of the documentary.

As for any grudges he held against Burket, he maintains that the awkward moment was one of his best. “”It put me on the map,” he told Bazaar. “It’s kind of the best thing that ever happened to me.”