The Iconic Story Behind “A Star Is Born” 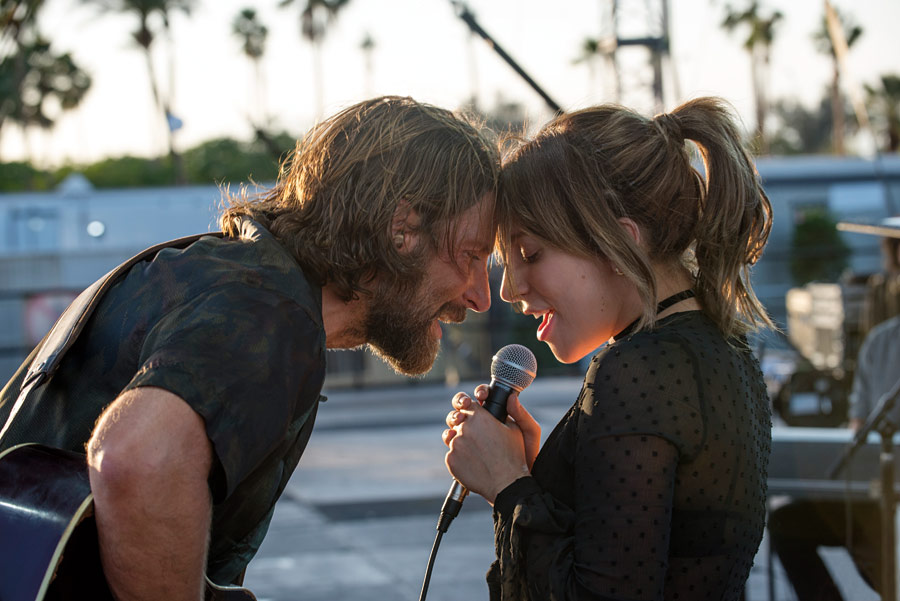 Bradley Cooper and Lady Gaga in a still from "A Star is Born." Photo: 2018 Warner Bros. Entertainment Inc. & MGM Inc.

Despite the fact the film has had a bumpy awards season, the phenomenon’s fans are still hoping it will win big on Sunday night, and not just for best song.

It’s The Wizard of Oz that made Judy Garland a star, but her visceral performance in A Star Is Born in 1954 is the enduring performance most associated with her life. For years, Lorna Luft couldn’t watch it. “The film’s story and its underlying message about fame hit too close to home,” she writes in her new book A Star Is Born: Judy Garland and the Film That Got Away.

Luft, an accomplished singer, actress and producer, is a member of Hollywood and Broadway royalty: her sister is Liza Minnelli and their mother was Judy Garland. Yet even as her 1998 family memoir Me and My Shadows was made into an Emmy Award-winning miniseries, Luft’s relationship to A Star Is Born was fraught.

“It took me a really long time to be able to sit down and watch the film without feeling personal loss,” Luft admits now, “because it was the only film my mother and my father made together. And how angry and bitter my father was about it for the rest of his life, what they did to this movie.” She grew up with that fallout, even as she strikes a rueful tone to joke about the familiar on-screen living room, “because my father made a deal with Jack Warner to buy all the set furniture, so I grew up on that furniture!”

For Luft, there is no escaping the movie or the effect it had on everyone involved. On the day before we spoke, for example, Luft says she woke up and turned on the television. “And there was Love Finds Andy Hardy, and the day ended with A Star Is Born,” she recalls. It happened to be Judy Garland Day in Turner Classic Movies annual Summer Under the Stars theme.

For many, A Star Is Born’s story of unequivocal success or failure makes it the ultimate in celebrity voyeurism. After a lifetime of living with it, Luft thinks it’s more universal: “It’s about human nature.” The book treats it as a lens to understanding career and personal success through the wider lens of Hollywood. With film historian and archivist Jeffrey Vance as her co-author, chapters chronicle how and why each official A Star Is Born version got made — 1937, 1954, 1976 — and as a Tinseltown insider (childhood neighbours included Humphrey Bogart and Lauren Bacall), it’s peppered with anecdotes and puts the various incarnations into cultural context.

This latest version with Bradley Cooper and Lady Gaga is the fourth adaptation — or fifth, if you count What Price Hollywood? first directed by George Cukor in 1932, years before he stepped behind the camera again for what was the same basic cautionary tale A Star Is Born in 1954. “I was thrilled that they were doing it,” Luft says of Cooper’s directorial debut (out Oct. 4). His take on the doomed love story is set directly in the music industry just as was Barbra Streisand’s 1976 iteration.

Naturally, the centrepiece of Luft’s book is the 1954 musical version that her mother and impresario father Sidney Luft produced. It’s that version that not only first introduced songs to showcase Garland’s dazzling vocal power but also had higher stakes for its star who was also the producer responsible for its success. Like Streisand and now Cooper, Garland had a lot riding on its success. “The picture had to be the greatest … it couldn’t be merely very good,” Garland said in an interview at the time. “I had too much
at stake … I had to prove things.”

And prove them she did — at least in the original critically acclaimed version that ran in cinemas for only two weeks. Distributors complained about its 181-minute length, and 27 minutes were cut, including two key musical numbers and several early scenes that arguably build essential emotional depth. Says Luft, “Not only was it butchered by the studio, but they sent out copies to projectionists with notes about where to cut the movie up. Can you imagine a projectionist today cutting up a Spielberg film?”

The edited release was a financial disappointment and effectively ended Garland’s career as a movie star, cast aside by the studio system that as a child star had created her. Luft is candid about how the failure contributed to the downfall of her parents’ relationship and to her mother’s fragility (and eventual death in 1969 at the age of just 47).

Luft’s experience of A Star Is Born first changed in 1983, when film preservationist Ronald Haver meticulously tracked down lost footage and reconstructed it. Although seven minutes are still missing, the restoration was a personal milestone, a triumph that reclaimed her mother’s tour de force.

Though even now, watching A Star Is Born is bittersweet: when scenes change to stills covering for the missing footage that altered the movie’s fate, Luft says she gets a sour feeling in the pit of her stomach. They represent what might have been. A gala presentation of the restored version opened the inaugural Turner Classic Movies Film Festival in 2010, and the enthusiastic reaction of Luft’s children, Jesse and Vanessa, finally encouraged her to consider sharing photos and opening up family memories about the film that she had kept private for decades.

Fans of the showbiz dynasty will relish the previously unpublished family snapshots, the wry stories about wining and dining Cary Grant to play the male lead Norman Maine (he did not; James Mason did) and the time A Star Is Born’s past and future Esthers sang together in 1963, when a young Streisand was a guest on Garland’s short-lived CBS television show. And irony aside, Luft herself is fond of the striking photograph of a Moviola editor working on footage of the dramatic beach scene that was later so infamously cut.

Cukor had been the original director of The Wizard of Oz 15 years prior and in pre-production had been the one to protest the blond wig and heavy makeup planned for Dorothy Gale, a decision that allowed Garland’s true self to shine.

So it was with a special meaning that he and the star reprised that moment for A Star Is Born’s indelible screen test sequence, the one where Norman Maine laughs at the efforts of the studio makeup department to turn Esther (Garland) into a conventional blond glamour girl and removes the garish wig and makeup to reveal her individualistic beauty.

Thanks to life sadly imitating art in Garland’s own life, A Star Is Born’s story of talent and self-destruction has now entered the celebrity canon. And for an industry obsessed with self-mythology, it’s proven irresistible. As surely as Gaga could not help herself from striking Garland’s signature pose at the TIFF premiere, Cooper could not resist appropriating the mythic makeover: as the story goes, during her audition, he wiped away the makeup and artifice of the Lady Gaga persona to reveal the authentic Stefani Germanotta. Collapsing the distinction between performer, character and performance, it’s a scene straight out of the Hollywood myth playbook. Fact and fable intertwine, all for our entertainment.